Tappy’s Show Rolls On – Half A Decade Later

JOHN TAPP CALLED OVER 50,000 RACES AND HAS COMPILED A RÉSUMÉ THAT IS AS THICK AS IT IS INTERESTING – BUT HIS CAREER HAS MERELY TRANSITIONED TO ANOTHER PHASE

The cliché ‘ticking all the boxes’ is used frequently in racing and sports, but if ever there is a person whose career does that, and more … it is John Frederick Tapp OAM.

Fondly known as ‘Tappy’, he is a household name and a legend – if not through his outstanding race calls, then for seven years of co-hosting the popular Lotto draws.

And then there’s a country music song that climbed into the Top 40, his harness racing career with three Group One winners, and national recognition with his moniker on an Australia Post stamp as an ‘Australian Legend’. 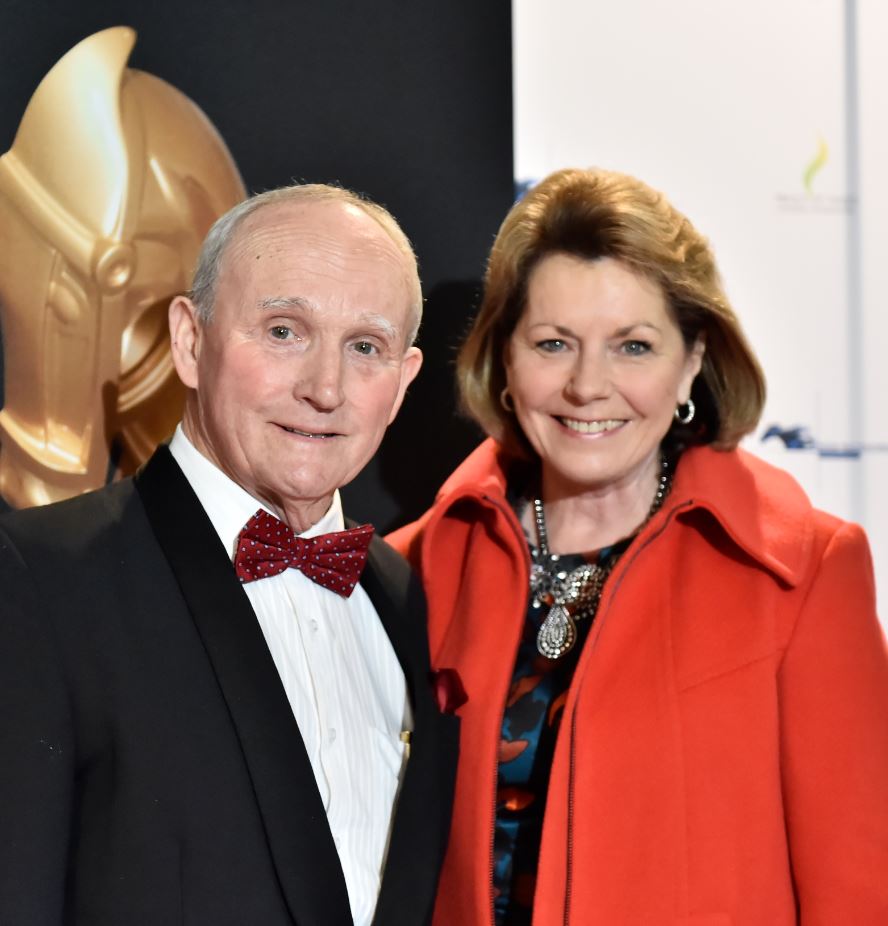 John Tapp with wife Ann at an awards night

Announced each year on Australia Day, the Australia Post Australian Legends Award recognises great Australians who have made lifetime contributions to the development of the national identity and character.

And if there’s still insufficient ticks, Tappy has also been awarded an Order of Australia Medal for services not only to horse racing, but for his support of charitable organisations as an ambassador for The Variety Club of Australia and Diabetes Australia.

Alongside wife Ann, John has collectively raised hundreds of thousands of dollars for The Variety Club of Australia, Bear Cottage and more recently The Ted Noffs Foundation and Hands Across the Water.

In 2018, Tapp and his great friend Graham McNeice were inducted into the Sky Racing Hall of Fame.

“Graham was a member of the original Sky Channel team and I landed a couple of years later,” he said. “Everyone who worked there could sense great things were going to happen. “It grew like a giant Oak tree and it was gratifying to be part of it, and Graham and I are still great mates.”

Tapp was Channel 9’s racing presenter for more than 30 years and aside from hosting a racing segment each Saturday evening, he provided regular stories for Wide World of Sports and Sports Sunday.

He also famously recorded a song ‘Go, go, go, you little beauty’ based on popular pacer Hondo Grattan: “Nobody got a bigger shock than I did when Little Hondo appeared in the Top 40 charts a month later at number 39!” 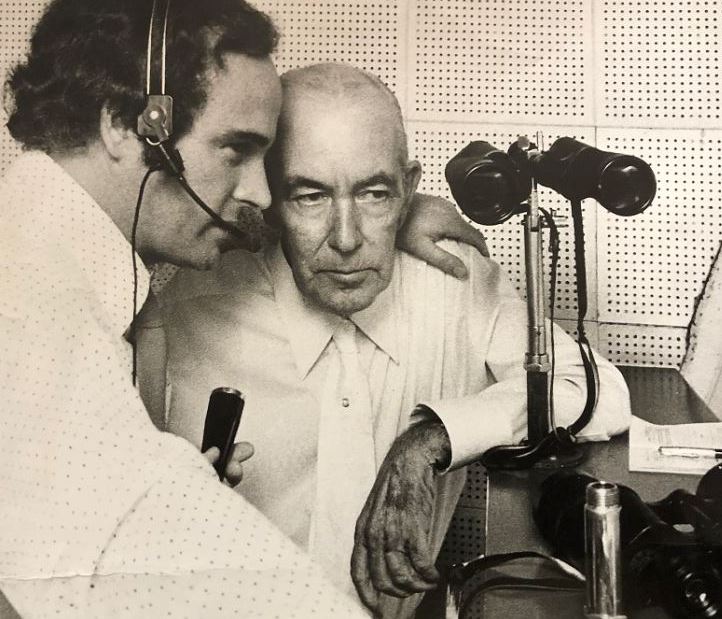 In the broadcast box with mentor Ken Howard

Tapp has been singing country music and playing guitar for many years: “I used to have a gig every Sunday at Canterbury Leagues Club in the 1970s with Ron Casey and Frank Hyde,” Tapp recalled.

“In my case, I’d hide a celebrity backstage, usually a jockey or trainer, with a microphone and the crowd would ask questions. Once someone guessed correctly, they would get a handsome prize and the celebrity would then come out and have a yarn.

“At the end of the show I would sing a few country songs – we’d always get a good crowd.”

Tapp had success as a harness driver and trainer but in 1986 was involved in a spectacular race fall at Fairfield when flung high into the air from his sulky, breaking his left leg in three places. He gave the game away for around eight years after the fall but eventually returned to train harness horses.

“After I gave up training the horses and was officially ‘retired’, we sold our property and thought I’d gracefully go into retirement,” he said. “I thought we could go to the movies and stage productions, but it lasted three weeks and I’d had enough!

“I was very unsettled and was going to ‘seed’ and my family hinted that I was getting under their feet. It was then my daughter Rebecca got into my ear. She said I had 50 years of racing knowledge that shouldn’t be wasted.

“Rebecca designed the website and really drove the idea. It eventually came to fruition with thanks to sponsors Racing NSW, Inglis, Sky Racing, TAB and Harness Racing NSW. The research takes up most of the time and I usually record on a Sunday morning when most people are happy to talk.

“I have a studio at home that is close to studio quality, but I do the interviews over the phone. I now spend most Saturdays glued to the TV watching Sky Racing. I’m constantly looking for new stories, so I watch all the interviews and usually come up with three or four ideas.

“Those TAB Highway races are fantastic source; you can always come up with angles from the country trainers. We’ve completed a stack of podcasts and at last count it was 219. That’s not how many subjects as many of the podcasts are in more than one part.” 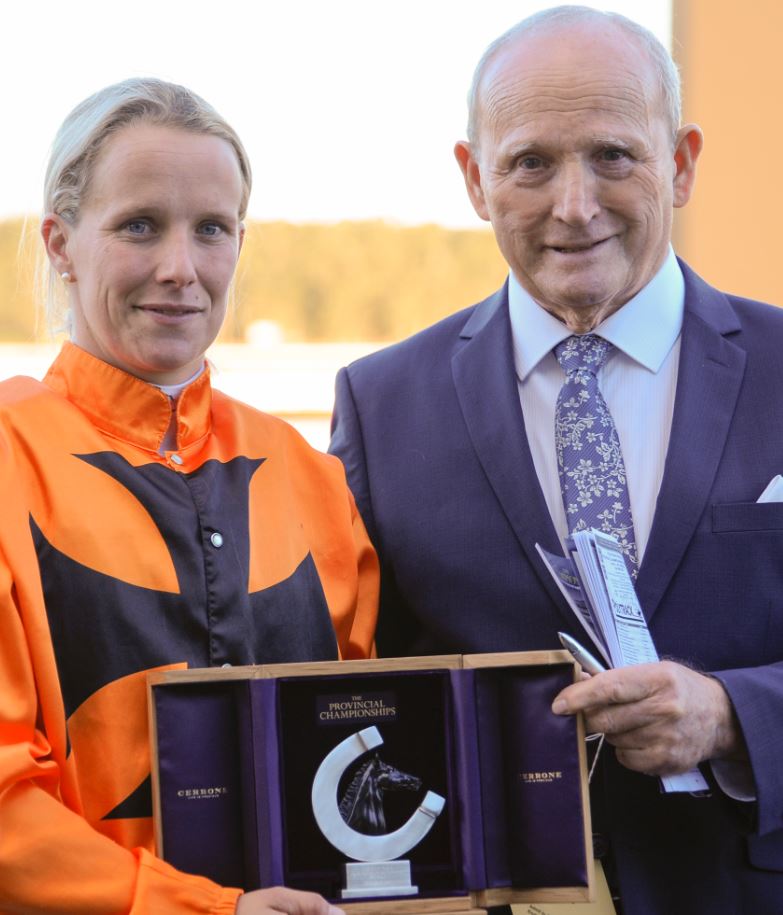 Included among many stories on John Tapp Racing is when he was a guest racecaller in the USA at Hollywood Park and interviewed Robyn Smith-Astaire.

“Thirty years ago, I was privileged to be guest caller for several race meetings at Hollywood Park Racetrack in Los Angeles,” Tapp said. “We managed to record an interview with a remarkable lady, Robyn Smith-Astaire, who graciously invited myself and a Los Angeles TV crew into her Beverly Hills home.

“Robyn played a major role in having female jockeys recognised in America and admitted she couldn’t get a ride on the training track early in her career. Eventually she was riding regular winners on major tracks and some important stakes races.

“Robyn met Hollywood legend Fred Astaire at Santa Anita Racecourse in the mid 1970s. Fred was a regular punter and had a handsome win on a filly called Exciting Divorcee which won at long odds with Robyn Smith in the saddle.

“Robyn was still riding at the time of her marriage to Fred in 1980 and her husband would accompany her to race meetings. Fred was horrified one day to see her involved in a race fall at Santa Anita; she was unhurt, but the incident upset him greatly.

“Robyn announced her retirement and she and Fred had seven wonderful years together before his passing in 1987 at age 88. Our interview aired on Channel 9’s Wide World of Sports in 1990.

“It was good to touch base with Robyn by email recently; she’s fit and well and doing her best to keep away from COVID-19. This interview appears on the website under Sky Racing Flashbacks.”

Another yarn was about the late Darby McCarthy: “It was a quiet Monday afternoon in 1969 when I received a surprise visit from a racing personality who’d dominated the sports pages during the Sydney spring racing carnival.

“I was alone in the sports office at the now defunct 2GB building when a friend from an adjoining office told me a young indigenous man was asking for me at the front desk. I was amazed to see 25-year-old Darby McCarthy wearing his trademark smile, a dazzling sky-blue suit and black shoes gleaming like satin.

“He explained that he had some time to kill while a friend honoured an appointment in Phillip Street, and had chanced upon the 2GB studio building. He decided to make enquiries in case somebody from the sports team was on duty. As he put it: ‘I thought I’d drop in for a yarn’.

“When news of Darby’s death broke my first thought was of the day he wandered into the 2GB building more than half a century ago. There is an in-depth interview of Darby on the website.”

It’s a website that one could spend hours trawling through all the videos, flashbacks, memorabilia and ‘Tappy TV’. There are also pictures of many past thoroughbred and harness racing champions.

Please be advised the Picnic race meeting scheduled for Talmoi Saturday, 26th June 2021, has been Postponed. This is due ...
Read More