Still Showing Who Is Boss 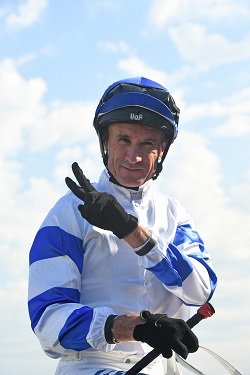 “If you’d said this to me six months ago, of course you would have laughed,” gushed Boss, “It’s probably best two weeks of my life on the racetrack, I’m still trying to come to terms with it all.”

His resurgence has been remarkable.

It’s been a lucrative spring carnival for G.Boss, who knows, as well as punters do, that he indeed thrives on racing’s biggest stages.

“It doesn’t matter what you do, confidence is a big thing. It comes and goes but the bigger the carnival, the more pressure it brings, the more confident I become.
“I really enjoy those moments. I’ve done it all my life, I deliver on those days,” said Boss.

Boss, 50, who started his apprenticeship in Queensland in 1986 to be inducted into Australian racing’s Hall of Fame in 2015, wears his heart on his sleeve. He always has and always will.

“In racing there are lots of highs and lows. These moments are very special and I have learnt that you don’t want to look back on moments and think I could’ve shown more emotion, I try to just let it all go, they are very special so don’t take it for granted, it’s what we live for,” Boss said.

“I made a real effort when I came back to Sydney that I was going to be at my best all of the time and I think that flowed through to the bigger races. All I want to do now is keep my foot on the throttle, and I’m looking forward to the autumn already. Having had such a good spring has made me want to have an even bigger autumn. I feel reinvigorated. It’s a good feeling.”

Boss now calls Sydney home but go back to the middle of the year and he admits that he had no idea how he was going to be received. There was an element of fear, but Boss, like he has been doing for 33 years in the saddle, backed himself.

“There is such a great vibe in New South Wales at the moment. I had the chance to travel and ride at a few country centres and you talk to people generally, everyone is up and about.

“They are racing for great money in the country. I’m really enjoying being in that environment at the moment, surrounded by great jockeys helps you keep your levels up too, which has brought out the best in me,” he said. 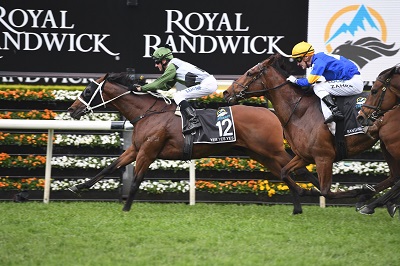 It’s easy to forget Boss has only been riding in Sydney for four months, having spent three and a half years riding in Singapore, before short stints in Melbourne and Queensland upon his return.

“I was in a pretty dark place when I got back from Singapore, I was pretty out. I went to Melbourne and knocked on a few doors and all I got was them slammed in my face, nothing,” said Boss.

“I thought I’d got to Queensland, but it just didn’t feel right for me; I said to (my wife) Sloane that I am going to Sydney. My manager Liam Prior has been a massive part of this, he backed me and thought let’s go, I went chips all in.

“I gave up alcohol, got myself really fit and thought if I am doing Sydney I am going to have to be at my absolute best and if it doesn’t work, at least in my heart I’ll know I gave it my absolute best shot. I wasn’t going to come here and not do it properly because this is one of the toughest environments in the world for a jockey, trainer, it doesn’t matter who you are, it is tough.

“The best are here and the best are at their best at the moment so it’s even harder. I feel physically unbelievable, probably the fittest I have ever been in my life. Mentally I know I am in a great spot so I feel like I have been completely reinvented, reinvigorated.

“It’s a very simple thing with family too, you need that stability and I didn’t have that in Singapore because Sloane and the kids were still here. I probably lost my way not having that structure. Sloane and I have been together since we were teenagers so she understands the demands of racing.”

Boss has already ridden 83 Group One winners but the desire to unearth the next champion galloper still burns as bright as ever.

“I just love finding the next good horse, it’s always about the horse. What drives each horse and how we can tap into that, their idiosyncrasies is what I love,” said Boss.

“I totally ignore my age. It’s just a silly number. I firmly believe that of the top 15 or 20 riders in the world, most of them are in Sydney. They are all guns. You can’t drop the ball at any point, you have to be on your game all the time which has been fantastic for me. It has reignited that passion.

*This article was first published in the December edition of the Racing NSW magazine.

Check out the latest horse racing news from Racing NSW.