His name is on the barn at Rosehill but no a lot has changed for Sterling Alexiou now that he is officially in partnership with Gerald Ryan.

Sterling Alexiou grew up on the Gold Coast with pictures of Sunline, Kingston Town and freakish two-year-old Baguette on the walls of his house and although he didn’t know it at the time, it planted the seed for a career in racing.

Alexiou’s father Chris was a professional punter at one stage but also dabbled in breeding and was the foreman for Gillian Heinrich. 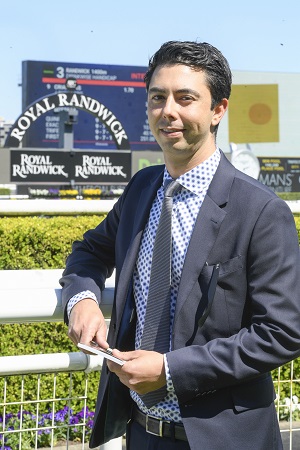 Sterling Alexiou: “It taught me about taking pride in all of the little things you do." (Pic: Bradley Photos)

“The races were on all the time at home, I still remember all of the videos Dad would get to do the replays, he’d keep all of his form guides too,” said Alexiou, 34.

“Some of my earliest memories of racing are from when I’d come down with Dad on the public holiday meetings and walk through the betting ring, seeing all of the action, it was infectious.”

His appreciation for the animal didn’t really take hold until he was a late teen.

A high achiever at high school, he originally planned to be a civil engineer but having studied so hard the thought of going straight into University didn’t hold much appeal.

“One of Dad’s best mates is a plumber and he said that you can go do a trade if you plan on having a gap year. I have been fortunate that I have only worked for three people since leaving school and they have all been enormous to me,” reflects Alexiou.

“It has set my work ethic up for life, between my parents and Paul Davidson who I did my plumbing apprenticeship under.

It was still just a hobby for Alexiou, who was at this time a licenced plumber and gas fitter, having served his apprenticeship.

“It was no different when I was with Gillian and (her husband) Hoss, they expected you to be the best possible version of yourself. They have set the foundation for who I am,” he said.

“I gave up a pretty sizable income to get involved in the racing industry and when I first got involved, I pretty much worked as a stablehand.

“It was a hobby I wanted to be paid for and it’s still like that somewhat, there hasn’t been a morning where I get up and think twice about going to work.

“You hear people talk about the love of the horse and the love of racing and it struck me pretty early that this is what I want to do for the rest of my life.” 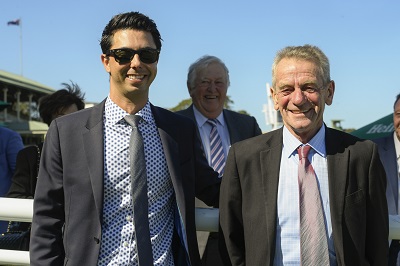 Alexiou’s role with Heinrich teed up a chance introduction to Gerald Ryan and after eight years at Rosehill as Ryan’s foreman, the timing was finally right for his next chapter to begin.

“It’s great to have my name up there alongside Gerald, who has been so good to me and moulded my training philosophies,” Alexiou said.

“Gerald has been onto me about it for years, I just didn’t think it was the right time, I wasn’t ready for it to be honest.

“I hadn’t been involved with many racing stables and thought I still had a more to learn before I took that next step, but it was getting to a point in time.

“I’d had a few offers to set up private training facilities for certain owners, but Sydney racing is the apex and I didn’t want to leave.

“Gerald and I have always been on the same page in terms of what we look for at the sales and that’s probably why we hit it off, our thinking is aligned.”

Alexiou, who has a four-year-old daughter, Mya, with his partner Rachel Wilkinson, confesses to being more of a listener than a talker. An observer in the background, always watching, always learning.

“I have never been that outgoing, bubbling type of personality and growing up with the punting side, I try to keep separate what I see at home on the track and what I see in the form guide,” he said.

“I still follow the form closely but my days of having a punt are long gone, I just try and concentrate on trying to find the right races for our horses.

“I don’t think there will ever be a point where training horses finds its limit, it’ll keep changing over time.”

Alexiou has soft spots for Dothraki, Hot Snitzel, Washington Heights, four-time Group One winner Trapeze Artist and Snitzerland, a filly with “an awful set of legs but a big heart and was very fast”, but still wonders what could have been with the now retired Menari.

“The most talented horse I might ever put a bridle on is Menari. That horse was an absolute freak,” he said.