Shutters Come Down On Bazza's Bar

Who Shot Thebarman won't be remembered as the flashiest Group One winner we've ever seen on a racetrack, far from it, but the 10-year-old retires as one of the most adored.

There’s no denying that a good name goes a long way in a horse developing a cult following. Who Shot Thebarman certainly had that on his side.

He was named in honour of the O’Leary brother’s late Aunt Julie – she loved her gin and would shout ‘hey kids, who shot the barman?’ when her glass was empty. 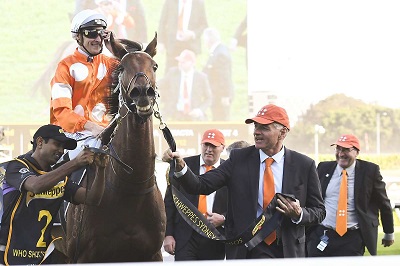 The dairy-farming O’Leary clan, made up of brothers Dan, Michael, Humphrey and Shaun, from New Zealand’s North Island, bought the horse for $NZ8,000 sight unseen over the phone as a weanling.

To say the owners have enjoyed the ride would be understating it but it was a slow burn to begin with. Who Shot Thebarman took an eternity to mellow, only kicking off his race career late in his four-year-old year. This day and age, many horses are retired before he even started.

“I had him for 12 months at home on the farm,” said Dan O’Leary, “And it took that long to get him kind.

“He was never dirty but very hyperactive always wanting to do something and do it quickly,” O’Leary said.

“He could drop you as quick as a wink. I rode him a lot and you couldn’t pull your handkerchief out to blow your nose because he’d dart sideways and you’d be left on the ground wondering what just happened.”

When ‘Barry’ as he was known around Chris Waller’s Rosehill stable, which affectionately became ‘Bazza’ over time, first wandered into the yard having won six of his nine starts in New Zealand, Waller recalls a wiry-framed gelding that was still very much a work in progress.

“He’d been well looked after but he was just late maturer, despite winning an Auckland Cup. He got bigger and stronger every year and easier to train,” Waller said.

“He was really tricky to start with and kept us on our toes, right through to the end, hence the reason he kept racing for so long, he was just a happy horse.

“Any horse that has been in the stable for a long time, you get close to them because you see them every day for a six-month period. They go for a holiday, they come back, and you see them for another six months. 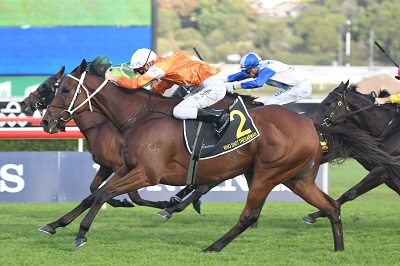 “They are your best mates, your family, so for him to retire safely is special in itself.”

Who Shot Thebarman’s Sydney Cup win last year, which was his fifth crack at the race, was also the final race he won and remarkably, his only ever victory in New South Wales.

In four of those Sydney Cups, the tangerine colours, which have been passed down through generations among the O’Learys, were adorned by jockey Blake Shinn.

There is a poetic justice about Shinn’s journey on Who Shot Thebarman, who he rode 13 times in total.

Shinn’s first ride on the horse was in the 2015 Sydney Cup, a race which he still questions how he was beaten when collared in the shadows by stablemate Grand Marshal, while Shinn’s last ride on him was in the victorious 2018 Sydney Cup.

“We were so close to winning BMWs and another Sydney Cup, but he got his day in the sun and it was a just reward for an ultra-consistent horse. It was very special,” Shinn said.

“We had gone close in so many big races. I was proud but frustrated in another way, you know the horse is giving his all and how much the horse means to the owners.

“He had a cheeky personality and was a bit quirky. If you fired him up he’d pull against you because he has a bit of an aggressive nature, so you had to work with him and find the balance.”

Resilience has been the bedrock of Shinn’s career, with the latest setback a serious neck injury, and it’s certainly something he shared in common with Who Shot Thebarman.

“It just shows you’ve got to keep turning up, because it happens, horses do get their time, even the ten-year-olds,” said Shinn.

“Connecting with certain horses is pretty special, especially when you can get the best out of them.

“For me, it’s no different to Capitalist, Happy Clapper or even Prompt Response; you build an understanding of the animal which is what I love. Getting to know their traits, quirks and that’s what I find fascinating about riding.”

As for what’s next for Who Shot Thebarman, he will spend two years at Living Legends and then head back to New Zealand to live out his days on O’Leary’s farm, where it all begun.

“We’ve got plenty of horses on the farm, and there will always be a home for him here. Every time you see him there’s a fond memory of the fun we had with him,” O’Leary said.