Sam's A Force To Be Reckoned With

There are plenty of things Sam Weatherley doesn’t take seriously but racing isn’t one of them.

Like most teenagers he enjoys a laugh with his mates, he was spotted singing along to Liam Payne after the Everest meeting, and like most jockeys he enjoys a hit of golf. 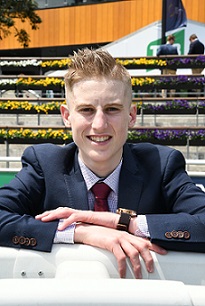 But when it comes to saddling up he’s deadly serious. That’s partially because he’s ambitious but he’s not sure if nature will step in so is making every post a winner.

“I don’t know how much longer I have left with my weight and height,’’ Weatherley said.

“It’d be good to make a career and a name for myself while I can.

“I don’t know how much growing I’ve got, if I can stay like I am then I’ll be all right. If I grow any more we might have a couple of issues.’’

Weight got the better of his father Darryn, whose father Dan was also a jockey, and, like his dad, a career in training may also be in Sam’s future.

But, at the same time the likes of Hugh Bowman and Tye Angland are taller than average and have, not without some weight battles, managed to carve long careers in the saddle.

Weatherley, 19, was a new addition to the Sydney riding ranks in June on a three-month loan with Chris Waller.

He made such an impression he’s transferred over full-time with an eye on winning a Sydney Champion Apprentice title to go with his two New Zealand awards.

In his first year of riding he won 67 races – 19 more than his nearest apprentice rival – while last season he racked up 66 winners at home including his first Group 1 on outsider Enzo’s Lad in the Telegraph Handicap at Trentham in January.

He rode city eight winners from 43 rides at the end of 2017-18 in Sydney and quickly established a healthy lead on his apprentice peers this season.

“I love winning and that’s the only thing I like doing really,’’ he said.

“I’m not so much a big goal setter but I said to my manager Drew Smith I’d like to ride a winner a week and that’d work out to 52 for the season metro wise.

“Whether I get there or not I don’t know but I’ll be trying my best to get there.

“Sydney is a bit bigger on the map and if I could tick that goal off it could put my name out there for bigger things.’’

When you’re born into racing, like the cliché goes, it’s in your blood and that’s certainly the case with Weatherley who has loved the thoroughbred for as long as he knew what one was.

He remembers helping out his dad on their farm from as young as five, on his 13th birthday he rode trackwork for the first time.

He used to “be a bit of a pain’’ hanging around John Sargent’s stable where his mum was secretary for many years and left Matamata College at 16 to finally be an apprentice jockey.

“I didn’t really want to be at school, all I was thinking about was getting out and helping dad,’’ he said.

“Growing up with racing you know no different. There was never a moment I wanted to do anything else, whether I was a jockey or not I always wanted to do something in racing.’’ 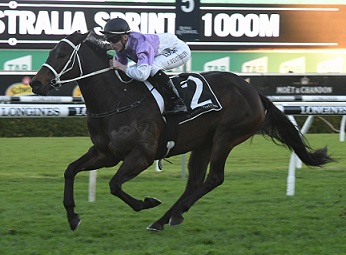 It’s been said Weatherley has always been in a bit of a hurry in his career.

Whether that’s because he’s been running away from Mother Nature or just running head first into something he’s passionate about is up for debate.

But he quickly secured an apprenticeship with former champion jockey Lance O’Sullivan and co-trainer Andrew Scott and it wasn’t that long before his 20 trial rides were done and he was thrust into race riding.

Though it was hardly in a blaze of glory.

“I’m not sure if I was really ready or not but I was given a couple of rides that, while I thank them for putting me on, didn’t stand out,’’ he said.

“My first three rides all ran last. I was almost wanting to chuck the game away but my fourth race ride won. It got me going. I really appreciate those trainers that supported me early on when they probably didn’t need to.

“I like the adrenaline rush, it’s a very good feeling when you get on a horse.

“No horse is the same. They are so powerful, they are amazing animals and for them to do what you want them to do is incredible.’’

The Group 1 win did wonders for Weatherley’s profile at home and he has no doubt it eventually led him to Sydney.

Former champion jockey Noel Harris, who has been mentoring apprentices in New Zealand for a few years, in the aftermath of the unexpected Group 1 breakthrough predicted the young rider would make an impact in Australia as many top class jockeys have before him.

Names like Shane Dye, Jim Cassidy and more recently James McDonald are easy examples for Weatherley to follow – but when it comes to a role model he found that in his master, even if he didn’t fully realise it at the time.

“When I was starting off and sitting down with Lance, watching old replays, it really got to me how good a jockey he was and what he achieved,’’ he said.

“He was a bit of an idol when I was starting off at his place. If I could do half as well as what he did I’d be pretty happy.’’