Claire Lever tried her hand being a veterinary nurse but didn’t have the stomach for it.

She was a very successful apprentice jockey but achieved everything she wanted in her short time in the saddle. 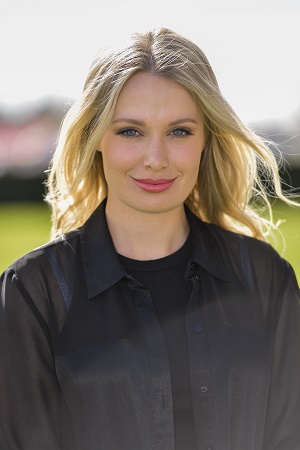 Claire Lever: “I have always been interested in the training side of things” (Pic: Bradley Photos)

Now, at still only 29, she is hell bent of having a crack at being a trainer, following in the footsteps of her old man, Richard.

“Once I finished my apprenticeship as a jockey I rode for a little while, but I’d achieved what I wanted to and didn’t want to be driving to the country anymore to get rides,” said Lever.

“I did the last bit of my apprenticeship working for Tim – he is a genius with horses, I learnt a lot from him, then I came back to Hawkesbury and was helping Dad before working for Chris for a while.

“I loved riding work for Chris, you can see why he is so successful, his dedication and the way he does things.”

Lever had her first ever runner at Mudgee in late August with Fast Play working home strongly into sixth, still with plenty to learn.

“I selected her at the yearling sale; we did all of the work with her so it was rewarding to see that she ran so well on debut,” she said.

It wasn’t quite the same fairy tale start that welcomed Lever (then Nutman, before marrying jockey Chad Lever), when she had her first ride in town on Footy Fan back in 2013 at Rosehill Gardens, but the Outreach filly’s debut reassured Lever that she can make a go of her latest career move.

“Something I look back on so fondly now is riding my first city winner for (owner) Tom Sewell and (trainer) Wade Slinkard. Tom passed away a couple of years ago but he was one of my biggest supporters.

“He left me on every horse he had. I won on Footy Fan on Golden Rose day which was my first ride in town,” Lever recalled.

“I have always been interested in the training side of things though. We’ve got 11 horses in work at the moment, with a few in the paddock to come in, a lot of young ones which take so much time. 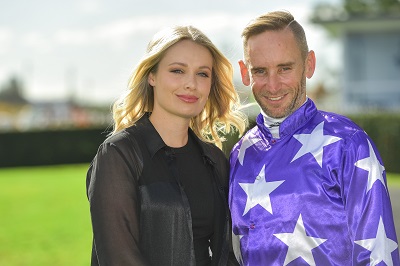 “The setup is Dad on the ground and Chad and I do all the riding and now we’ve got more horses, I’m now really keen to have a crack.”

When quizzed as to whether her father still has any horses to his name or whether he has handed over the baton, Lever was sharp in her response.

“Dad still has a couple in his name, I let him have a few, he can have the slow ones,” she laughed.

Based out of Hawkesbury on her parent’s five-acre property that spills onto the back of the Hawkesbury course proper, Lever believes it’s the best provincial set up to train out of.

Lever has the infrastructure to succeed in a competitive and uncompromising training environment yet by her own admission, nothing could have prepared her for the relentless nature of the caper.

“I knew it was going to be hard, and we’re set up well with great people around me but it’s the continuous workload, hopefully these horses can kick a few goals and we are rewarded,” she said.

“Every day you start early in the morning, then its accounts time or the vet turns up or the farrier, and then you’re back at 2pm and if you don’t turn up, the work doesn’t get done.”

Among the hopefuls in Lever’s growing stable is tried horse Rebukes, an ex-Godolphin trained mare that came into her care from a new client while a $145,000 yearling has also found a home with Lever.

“We bought a couple of nice yearlings, one was a Lonhro out of a stakes winner in Bouzy Rouge, she wasn’t cheap but a client of Dad’s bought her. We have a nice team of horses,” she said.

And as for the burning question as to what happens when she isn’t happy with one of Chad’s rides?

“Oh, he gets it already,” she quipped, with a laugh. “Sometimes it is a long four-hour drive home if I take him to the races, he is pretty laid back though, I don’t think he even listens to me anymore!”

*This article was originally published in the October edition of the Racing NSW Magazine.