Robinson's Creating His Own Masterpiece

In his short racing life to date, Art Cadeau is proving to be the equine version of the little engine that could. He doesn’t give up.

When he was weaned from his mother he didn’t have any other ‘friends’ in the paddock and was something of a loner, and very immature, when trainer Terry Robinson met him.

Now as a four-year-old, with the heart of a lion and seemingly limitless confidence, he’s starting to blossom and stands as a huge chance to give Robinson and owner/breeder Mick Lill the major end of the $500,000 prize in the Newhaven Park Country Championships. 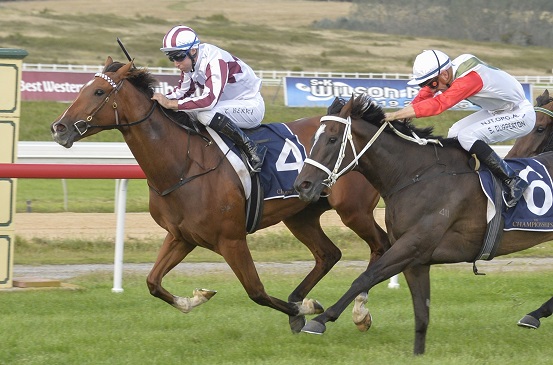 “He was very immature and wasn’t what you call a good doer in the stable in the early days,’’ Robinson said.

“He took a while to find himself. After he was weaned he didn’t have a mate to socialise with.

“That’s important for a horse, most horses grow up in paddocks with other horses.

“When you ride a horse you get a good feel for them and he’s always been a lovely big striding horse.

“He’s only a four-year-old, I don’t think that is old at all. I prefer to have my horses race a little later than early. They develop better and you might end up with a nice horse.”

Art Cadeau was born and raised at owner Mick Lill’s property at Berry and that’s where he went straight after he booked his spot in the Newhaven Park Country Championships Final, at Randwick on April 4, by winning the South East District Qualifier at Goulburn.

Lill, who is 81 in March, also owned Art Cadeau’s dam Jewelled Gate and grand dam Aunty Lilly and has been a long time supporter of the Robinson yard so if Art Cadeau can win the second richest country race in Australia it would be a fitting result.

“Mick’s raced horses for years, he’s gone into breeding and has had a bit of luck,’’ Robinson said.

“King’s Stand won a couple of Highways for him but this horse is the best horse he’s had for a while.

“Even though he’s had success, breeding your own horse and seeing it go to a Country Championship is a wonderful achievement and I think it will be a great moment for him. And for me and my family.”

Robinson is based at the family property called Regal Lodge, named after one of his father’s favourite harness horses Regal Gold, near Shoalhaven Heads.

It’s well known that he is the son of legendary horseman Kevin Robinson, a champion in the harness racing world and a Group 1 winning thoroughbred trainer (Kenbelle won the 1996 AJC Oaks) in his own right.

As a teenager Robinson, the eldest of 12 children, spent plenty of time before and after school helping out at his father’s burgeoning harness racing stable and as the years passed he would wear many hats.

One was in the harness racing world, another in thoroughbreds and then there was the family’s riding school, Regal Lodge Riding School, that operated for around 20 years and reopened about seven years ago with Monique Robinson, Terry’s wife, in charge.

Kevin Robinson died in 2005 and a couple of years later Terry turned his focus on the thoroughbreds full time.

He maintains around 13 or 14 horses in work these days but the early years of training in his own right were somewhat tumultuous as numbers and fortunes fluctuated.

“That number is really good for me, I only have a slow work track so when I gallop them I have to throw them on the truck to go to the beach or to Nowra,’’ he said.

“I was pretty busy at one stage and after dad died we were busy again and we had an apprentice on.

“Then we got quiet and I had to let my apprentice go, and sometimes you wonder how you’re going to survive.

“I was fortunate at the time King’s Officer came along and a mare called Rose Of Man was in the stable as well, they both won four races in town.

“It’s amazing how things can turn around. You never know what’s around the corner, it’s a great game, it’s up and down, but it certainly keeps you alive.”

At 66 Robinson does have a Group 3 win as a career highlight and, while he still harbours that Group 1 dream every trainer holds, has focused his attention on the various country racing incentives in NSW and he’s been particularly successful in placing his horses in Highway races.

He’s taken home 16 Highways, to mid-February, and Art Cadeau is responsible for two of them.

“It’s a great innovation Racing NSW has brought in and I think it has been well received by the public.

The Newhaven Park Country Championships series hasn’t been as kind to Robinson.

Over the seven years of the concept to date he’s had few runners but he hasn’t set a horse like Art Cadeau, his first finalist, for it before. 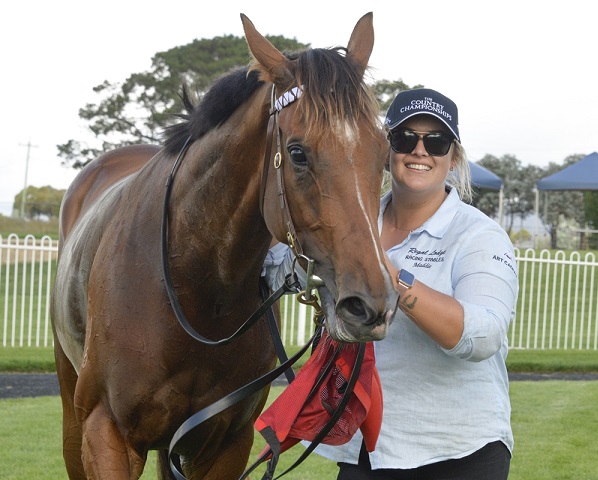 He has high hopes for the son of Artie Schiller, whose record reads 10 starts for four wins and six seconds, and if he’s good enough to win the Final there’s every chance he could follow the likes of past winners Clearly Innocent, Victorem and Noble Boy onto better races.

And that was certainly the opinion of jockey Tommy Berry after their win at Goulburn on February 16.

“Obviously this is my best chance,’’ Robinson said.

“I’ve had better workers than him but when he gets to the races that’s when it counts. That’s his best trait, he just keeps finding.

“He has a good record at the moment, he’s come back stronger every time he’s had a let up or a spell and he’s matured more and handled things better.

“He has a will to win and that’s a good attribute.”