The NSW Racing Industry has come together again to bring Christmas cheer to the Sydney and Westmead Children's Hospitals.

For 26 years now, former jockey Malcolm Fitzgerald and photographer Steve Hart have raised money to purchase gifts for patients at the Sydney Children's Hospital at Randwick. 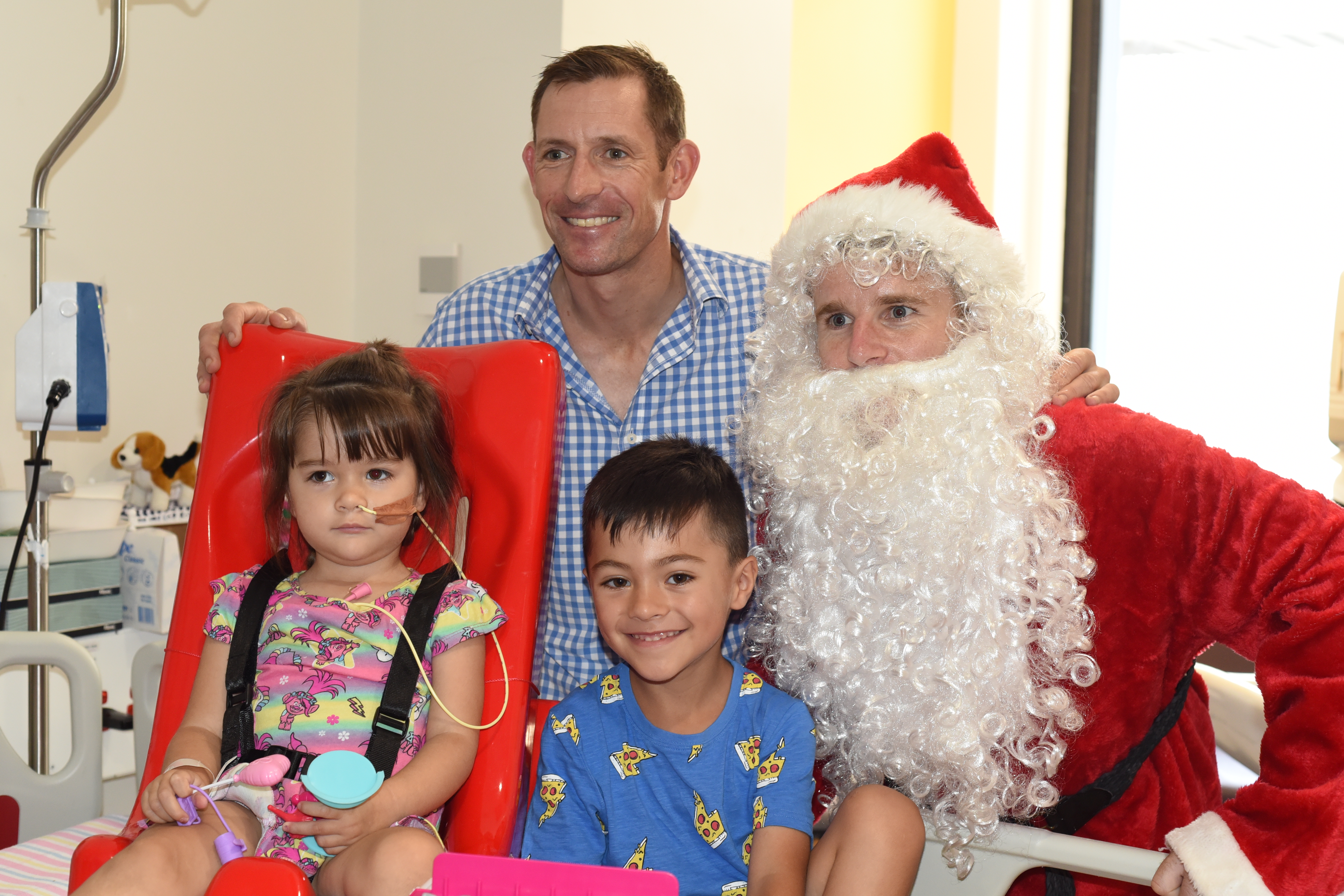 Thanks to additional support from Peter V'landys AM and Racing NSW, the visits have included Westmead Hospital for the past 10 years.

"Steve Hart and myself started with a few donated presents, and we then started raising up to $5000 each year from jockeys, trainers, owners and bookmakers," Malcolm Fitzgerald said.

"When Peter V'landys found out what we were doing, he has provided an additional $5000 from Racing NSW which has allowed us to buy enough toys for the two Sydney Children's hospitals, for which we are very thankful.

"We are also thankful for the NSW Jockeys Association who have come on board this year with support, also lending us their CEO, Tony Crisafi, to don the red and white suit at Westmead - which he did an outstanding job!"

More than $12,500 worth of toys were purchased, thanks to a discount organised by Racing NSW with Target at Bondi Junction. Fitzgerald and Crisafi (Santa) visited Westmead on December 14th with jockeys Andrew Adkins, James Innes Jnr, Mollie Fitzgerald, Phillip O'Brien and Jess Hammond.

Visiting the Randwick Hospital were jockeys Tommy Berry and Hugh Bowman, along with Hugh’s daughters, Paige and Bambi, with Steve Hart and his daughter, Rachael Hart.