Pint-sized Tasmanian The Inevitable sounded a warning shot to the likes of Arcadia Queen, Brutal and Classique Legend ahead of the first running of the $7.5m Golden Eagle (1500m) in three weeks’ time.

The Inevitable took out Saturday’s Silver Eagle (1300m) at Randwick by running his last 600m in 32.79s, the quickest of the race. The only 200m split he ranked quickest was the last, showing his trademark bulldog qualities to clock 11.12 for his final section.

Outside of The Inevitable, Kapajack and Behemoth were the only other runners in the race to break 33 seconds for their last 600m, running 32.92s and 32.91s.

The most visually impressive win of the day was Master Of Wine, circling the field from last to win by a widening four lengths.

He won’t be any flash odds as he continues to work through his grades but shouldn’t have any trouble knocking off another benchmark race or two, or perhaps even a Group race, before the spring carnival is through.

Nettoyer had been teasing in her three runs back, suggesting she’s returned in career best form, and the six-year-old got her dues in the Angst Stakes. She did it in style too, clocking an overall time (1:33.15) just 2.5 lengths off Hartnell’s Randwick track record over the mile. 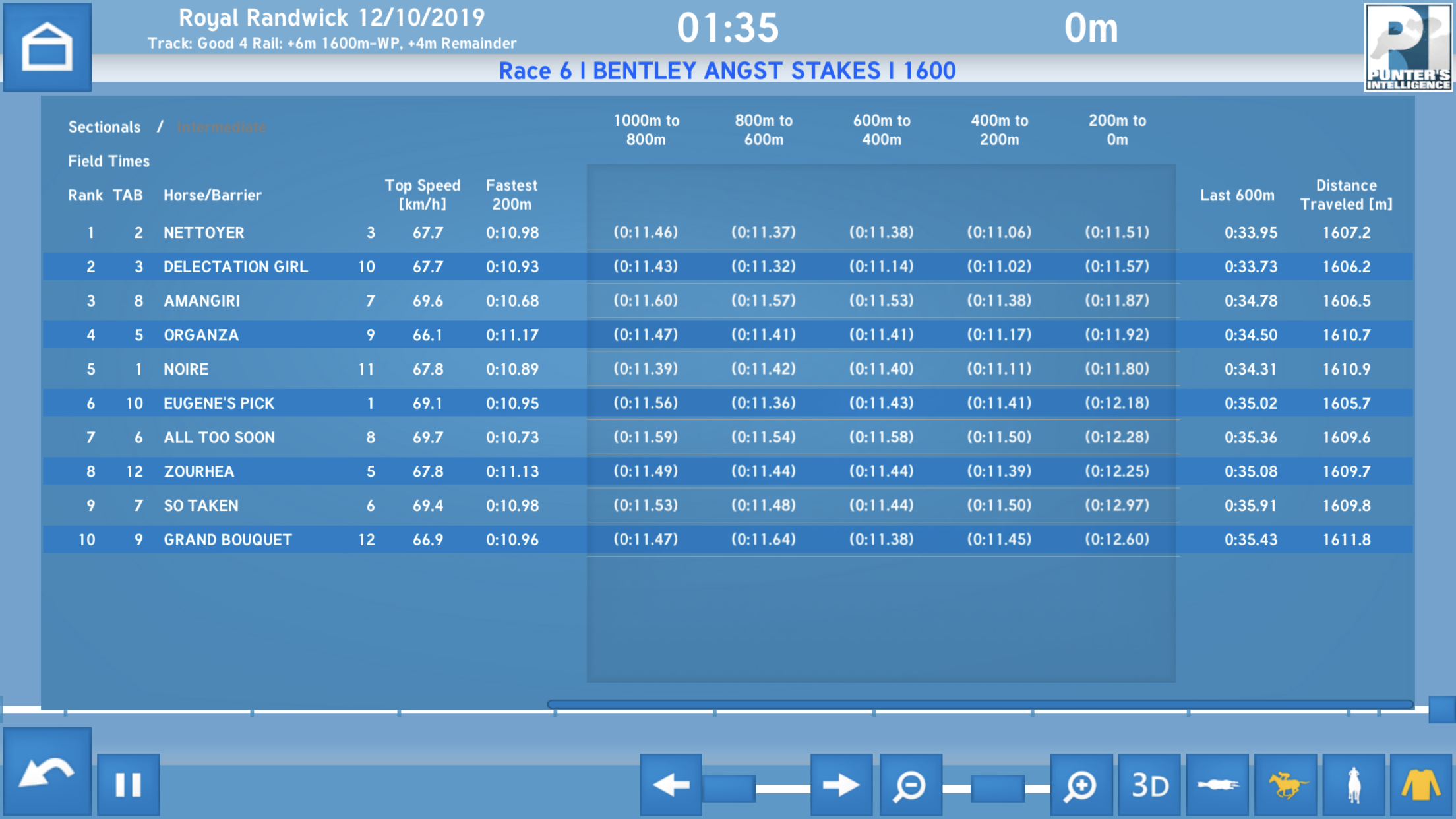 The slick time was largely due to Amangiri attempting to bust up her rivals form the front but Nettoyer needed to produce a last 600m of 33.95s chasing that speed to get past Delectation Girl, a mare that improved sharply out to the mile.

Amangiri was only second up here so was entitled to feel the pinch late. She’s ready to win next time out.

Meanwhile, Shadow Hero confirmed his tag as the best staying three-year-old in Sydney holding off a game Castelvecchio in the G1 Spring Champion Stakes (2000m)

Was Shadow Hero’s grounding run in the Gloaming Stakes the difference? Castelvecchip did jump from the 1400m of the Golden Rose out to 2000m.

Of the rest, Gerald Ryan’s colt Standout lost his unbeaten tag in the Roman Consul Stakes but was excellent in defeat behind winner Cosmic Force, having controlled the race form the front. Standout clocked the fastest last 600m of the day (32.57s).

The fifth-placed Accession was strong late suggesting he wants 1400m and further this campaign, closing off with a last 200m of 11.06s.