The ride of the day at Randwick was perhaps a losing one with Nash Rawiller using Greysful Glamour’s high cruising speed to full affect.

Punters Intelligence reveals that Rawiller rolled through the first 800m in a slick 46.29s before pinching a little breather between the 800-600m (the second slowest of the 14 runners), before the handle bars went back down.

Flit won the Silver Eagle but there were encouraging signs for Dawn Passage ahead of the Golden Eagle in three weeks’ time.

On the Golden Eagle, Bottega is yet to win this preparation but only enhanced his Golden Eagle claims with another luckless placing.

The four-year-old was stamped urgent from the barriers by Rawiller, with the son of Snitzel running the fastest first 200m split across the entire meeting.

Again though, it was the late strength of Criederas that makes him such an exciting, untapped prospect with an 11.72s last 200m. 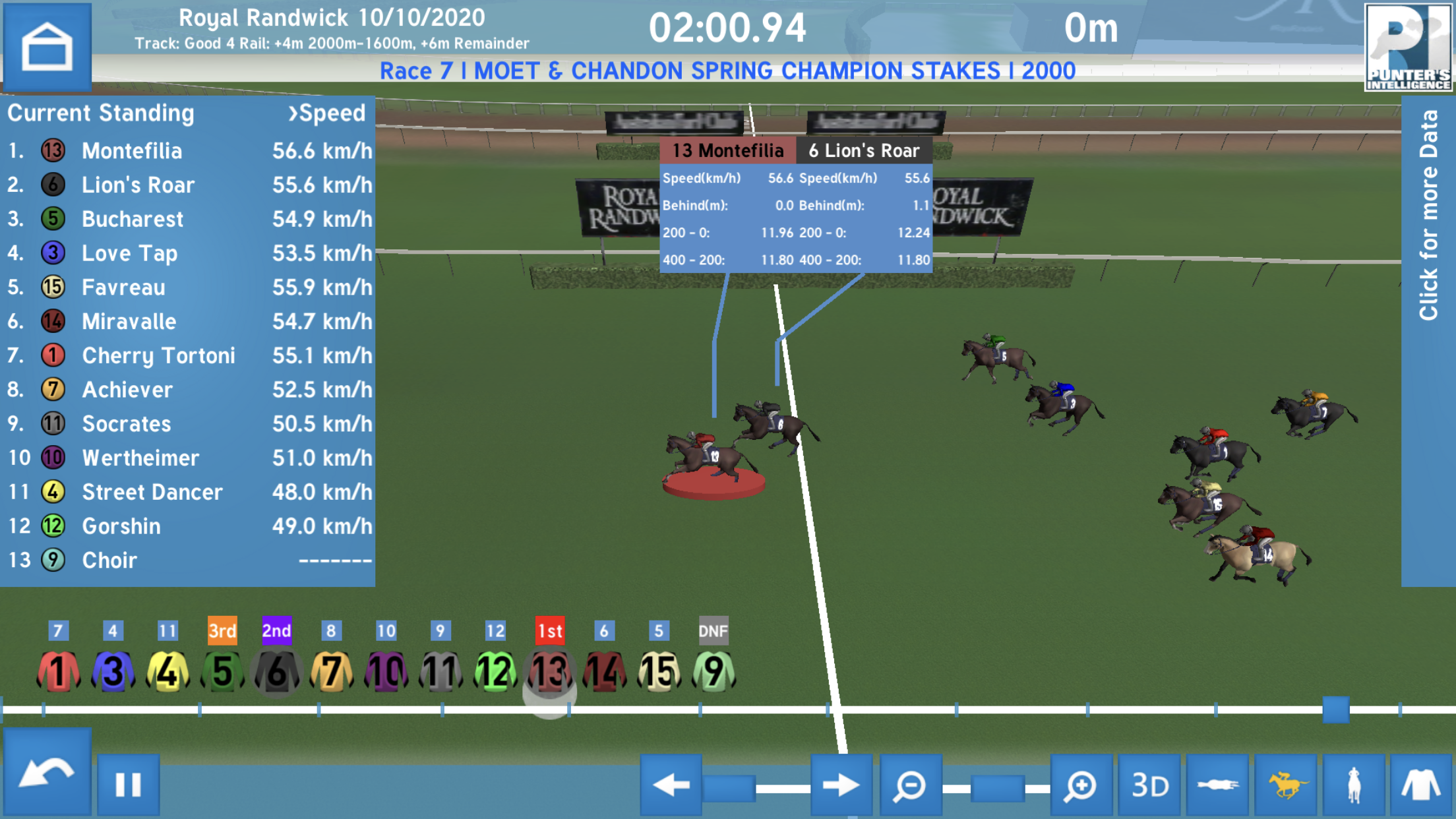 The G1 Spring Champion turned into a test of stamina and David Payne’s filly Montefilia relished it. She paired off with Lion’s Roar to fight out the finish, and after the duo clocked identical splits from the 400-200 (11.80), Montefilia’s fifth gear clicked in and her last 200m of 11.96s was 1.5L faster than Lion’s Roar’s 12.24s.

It comes as little surprise that the fastest last 600m split across the Randwick meeting came up on the 1000m event with runner up Plaquette producing an outstanding 32.85s. Plenty of punters will be blackbooking this four-year-old mare expecting her to go one better next time she races.

Touching on two other winners, She’s Ideel scored an unlikely win over 2000m and everything she has done this preparation suggests she’ll be even better again out to 2400m. Her rivals were no match for her last 200m of 11.87s.

Meanwhile, odds on favourite Wild Ruler was a comfortable winner of the G2 Roman Consul but On The Lead’s fast-finishing second suggests another win is not far away. He clocked a 33.21s last 600m.