If David Payne, along with his nine siblings, weren’t forced to walk past soaring Greyville Racecourse in Durban on his way to school each day, Payne would never have found racing.

The fascination was instant.

At the age of 15, he’d never even pat a horse let alone sat on one yet unbeknownst to him, it’d prove the catalyst for achieving just about every accolade in South African racing before embarking upon a life in Australia.

Soon after he was accepted into the jockey academy, much to the horror of his parents, it was almost over before it had ever began, with a homesick Payne walking away. 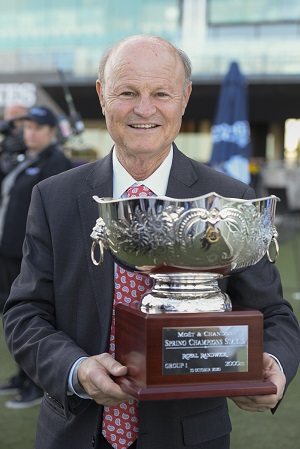 “The jockey academy was a rough place with the initiation and after a couple of months I said, ‘this is not for me, I’m out of here’,” Payne recalled.

“The Chief Steward phoned my father and told him to send David back because we think he can make it.

“Otherwise I might have been doing something else. If it wasn’t for him, I wouldn’t be here.”

Success came quickly to Payne who was the champion national apprentice in 1968 and 1969. Interestingly, Payne’s first ever winner was a dead-heat when riding Play-Play in 1963.

It all came very naturally, and weight was the least of Payne’s worries at the time. He was tiny and remembers lumping a big, heavy saddle.

He was also the senior Champion Jockey on two occasions but after seven years of riding and 399 winners, his weight forced him to commence training. It was 1972 and he was just 24 years old.

His first runner as a trainer won, Early Bird, and in his first season as a trainer Payne finished second. He had just eight horses to his name.

“That was the first horse I ever put a saddle on. I thought ‘this is easy,” laughed Payne.

“We only had a handful of horses but in there was a yearling and I started riding him work.

“I thought straight away ‘gee whiskers, this is champion’. It was a horse called In Full Flight and he was the horse that got me going.

“He was an absolute freak and to this day, the best horse I’ve had anything to do with.

“He could win a weight-for-age race from 1000m race up to 2000m. He died very young after bursting a blood vessel.

“He was only an early four-year-old and we had planned to take him to the Arc [France’s Group 1-Prix de l’Arc de Triomphe].”

After training in his homeland for 30 years, Payne won every Group One in the country, racking up 98 wins at the top level but when Nelson Mandela stood down as president, Payne yearned for security for his wife Merle and children Tracy and Gary.

“I was 54 at the time, it was tough. I was applying for boxes in Australia from South Africa but I couldn’t get them; for the first six months in Australia I never worked. I was just trying to get stables, it was very stressful,” he said.

“The political unrest meant there was no future there, though. Now we have two little grandchildren that were born here, which is wonderful.”

Payne originally struggled to get his visa approved, citing that he was too old, but his exceptional training record put him in a special talents category. 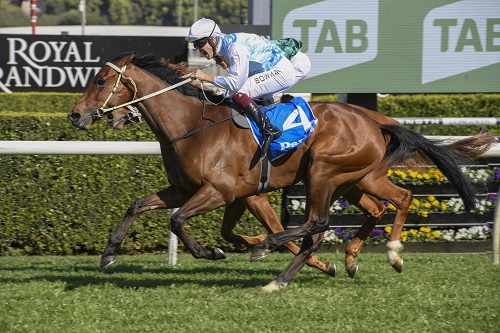 It was 2002 and Payne had swapped Summerveld where he was based, for Randwick, later again for Rosehill, where he now trains.

“I was struggling with provincial horses until bloodstock agent James Bester said to me that he’d bought a horse for John Camilleri and suggested I train it,” said Payne.

“That’s how I met John which led to my connection with his cousin John Cordina, which started the ball rolling for me.”

That filly was Unearthly. Her Flight Stakes victory was Payne’s first Group One in Australia, where she blew her rivals away.

Montefilia recently made it 108 Group One winners for Payne, having also won the Gr 1-Flight Stakes before backing up to beat the boys in the Gr 1-Spring Champion Stakes; both races at Royal Randwick.

“The big stables will buy 200 yearlings a year, I’ll buy five or six, maximum ten. We found Ace High and Montefilia, it just keeps you going, I love competing at the highest level,” said Payne.

“I love training, I really enjoy it, we don’t have many, I’m going to be 73 next birthday.

“I just love the animals and love winning big races which is tough, but we always seem to have one good one in the stable … touch wood. I’m still ambitious at my age.”

As the saying goes though, behind every good man, and the ever-humble Payne is certainly that, is a great woman.

“Merle is the ‘best horse’ in the stable, I found a winner when I met her.

“I’m Catholic and she’s Jewish so the parents weren’t happy, we had a lot of drama to start with, but we’ve been married now 46 years. Merle is a star, she has been my rock,” said Payne.

*This article was originally published in the December edition of the Racing NSW magazine.