Trainer Les Bridge was the least surprised spectator at Randwick after Classique Legend rounded up his rivals in stunning fashion to win the $500,000 G2 Bowermans Commercial Furniture Shorts (1100m).

The only thing that did surprise Bridge was how anyone could have tipped against his brilliant grey sprinter.

Bridge didn’t flinch when adding that Classique Legend has eclipsed his former champion Sir Dapper and 2010 Shorts winner Hot Danish to be his number one.

“He’s the best horse I’ve ever trained. Couldn’t do much better than that could he,” said Bridge.

“Some have got four cylinder motors, he’s got a V8. I honestly thought he was a bit underdone today.”

“I haven’t been (to the races) for four months. It took something to bring me back.”

After Ball Of Muscle led the field up, Punters Intelligence shows that Classique Legend posted the fastest last 600m of 33.06s but it was the five-year-old’s last 200m split of 11.23s where he really asserted his dominance. 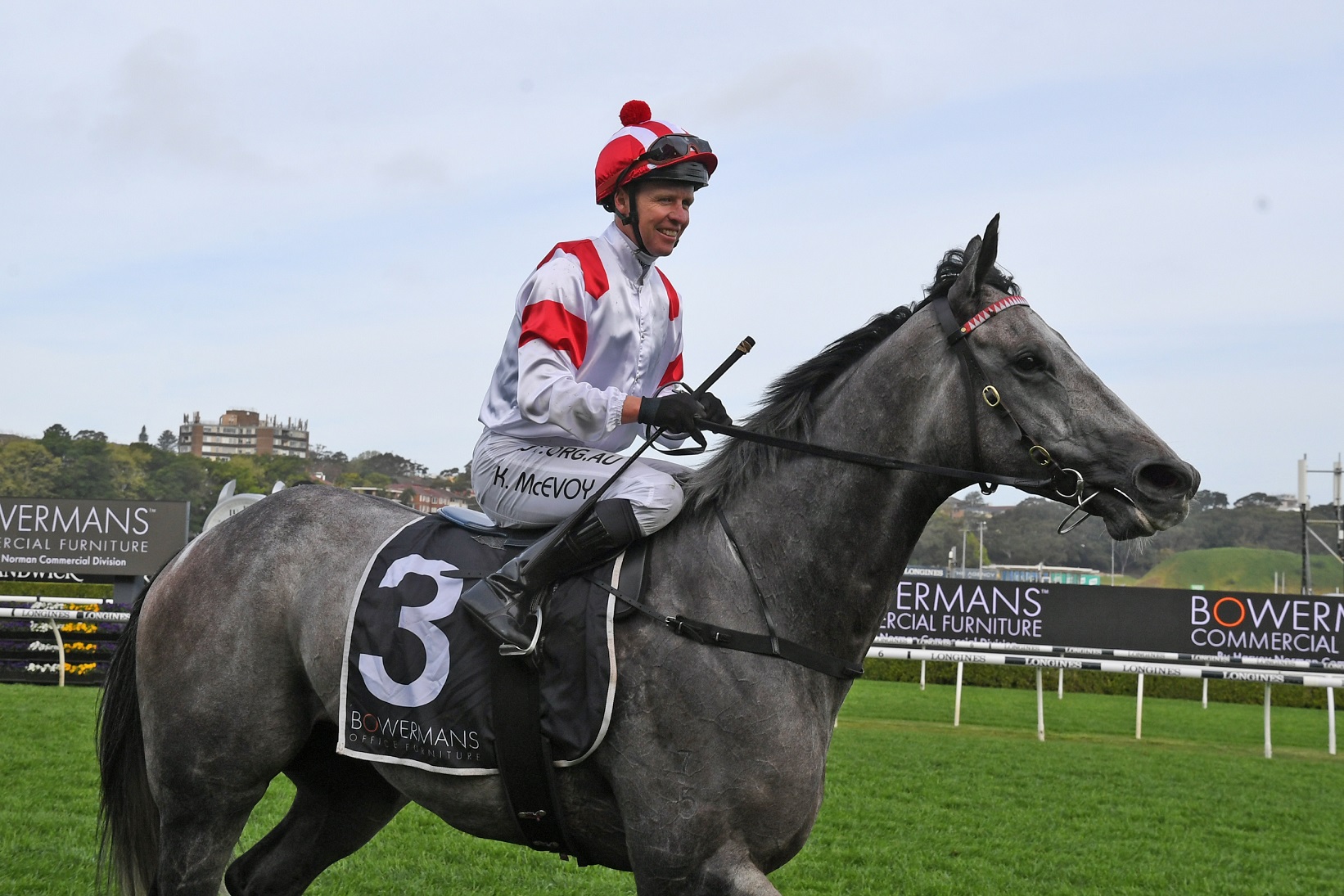 TAB reacted by firming Classique Legend’s TAB Everest price from $11 into $6 on the second line of betting with Gytrash, behind Nature Strip at $3.50.

Kerrin McEvoy, already a two-time Everest winner on Redzel, said it all didn’t go to plan in the run but Classique Legend had the class to overcome it.

“I just had to bide my time and full credit to the horse, once I got clear air he powered that last furlong,” said McEvoy.

“I’ve been lucky enough to ride Redzel and some other great sprinters in my career and you’d have to say he’s right up there with those.

“He’s just got a great disposition, mentally he’s a joy to be around, he switches on for game day and that’s what he showed there, he just went into beast mode when I needed him to.

“He’s happier in the stables, horses are all about routines and he’s happy as Larry. He had a nice base of fitness coming into the race today and we were all quietly confident he could put up a stellar performance and that’s what he’s done.

"All systems go for the Everest. I wouldn’t swap him for anyone.”

What the beaten jockeys said:

Hugh Bowman (Bivouac): “He was a bit fresh mid race but it was a great return.”

Glen Boss (Catalyst): “Well below expectations. Travelled well. When I let him go he seemed to lose his action in the straight. He got interfered with but was well and truly gone at that point.”

Glyn Schofield (Ball Of Muscle): “He was his natural speedy self early. Failed to finish off.”

Nash Rawiller (Eduardo): “An excellent run. I let Splintex go early. Just as I was able to get one off a couple kicked up inside me. He ended up having a three wide trip. Relaxed well. The way he toughed it out he gives every indication a strong run 1200m will suit him.”

Josh Parr (Splintex): “I’d say it is his career best effort without winning. Taking on top class sprinters and holding his own.”

James McDonald (Standout): “Really happy with him. Just lacking the match fitness. He will come on immensely.”

Jason Collett (Tactical Advantage): “Good run. There is improvement there.”

Tommy Berry (Dirty Work): “He was good. He got held up a little bit but it probably suited him. He has a short turn of foot. I was happy with him.”

Sam Clipperton (Irish Songs): “Great run. He was very fresh today. He will take improvement from the run. He wasn’t beaten far from the best sprinters in the country.”