Tom Marquand has been earmarked by English racing experts as a star of the future.

He’s energetic, positive, driven and headed for the top – so says his reputation back home – and the 20-year-old is eager to show Sydney what he’s capable of in a six-week summer stint starting at Randwick on Friday. 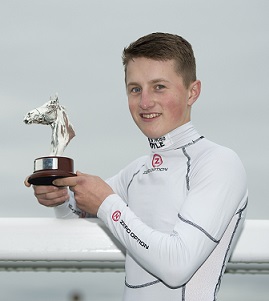 It’s been three years since Marquand was crowned British champion apprentice, just over a year after riding his first winner, and he comes to Sydney at the end of a career best year to date with 106 winners in the homeland.

“Last year was my first full year out of the claim. It was either a sink or swim year.’’

It’s also been almost three years since Marquand’s first trip to Australia – he spent a month with David Hayes in Melbourne and rode two winners from 10 rides in January 2016.

This time around he’s based with John O’Shea at Randwick and has thrown himself into his work in the relentless fashion of someone who craves success.

“Saturday was my first day and I jumped on a few horses, I’ve been riding for whoever puts me up,’’ he said.

“I’m not sure they had a clue who I was which is nice they’ve been willing to put me on the horses in the morning and trust me with them.

“Hopefully that can turn into the afternoons.’’

Racing wasn’t exactly in Marquand’s blood but he reckons he was born with a need for speed as the son of a former rally driver.

So he’s always been attracted to fast things – and the combination of growing up near the famous Cheltenham racecourse and competing in pony races with friends meant there was only going to be one career path.

Marquand, who was apprenticed to leading English trainer Richard Hannon, makes no secret that his lifelong ambition is to ‘lift the Champion Jockey Trophy’ for the leading British flat rider and he sees this visit is a step in that direction.

It’s a title that has been won for the past two years by Silvestre De Sousa and three times by Marquand’s racing idol Ryan Moore.

“Ryan has become what every jockey’s dream is. International megastar,’’ he said.

“He’s one of the best in the world, if not the best, and has reached a level every young jockey can aspire to.''

He’s already ridden in Dubai, America and various parts of Europe and says Sydney will be a step up from his Melbourne stay as much due to the strength of the ranks as his standing in the sport compared to 2016. 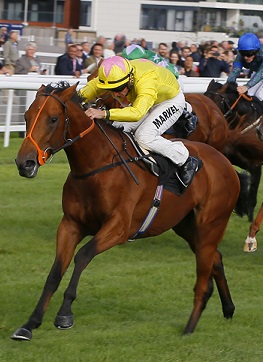 “I went to Dubai last (Northern Hemisphere) winter, rode a couple of winners, I liked it but I thought I’d try something different," Marquand said.

“I wanted to get a proper crack at race riding around Sydney. It’s competitive racing and you have some of the best jockeys in the world.

“I’m 20 years old, I have a girlfriend but I have no major strings attached at home and thought if I don’t do it in the next few years it might get a bit hard to come down and experience the racing and way of life.

“It’s good for me as a jockey to keep me sharp instead of getting into the monotony of all-weather racing at home.’’

It’ll be something of a soft launch for Marquand at Randwick on Friday with the one ride on Pianissimo in the Hyland Race Colours Handicap (1400m), wrapping up the twilight meeting.

He says he doesn’t expect to handed plum rides – “you have to be willing to work” – and is open minded about what he can achieve in a stay due to end early in February.

But with that work ethic and given he lists his greatest fear as failure you’d expect it won’t be too long before the leading trainers jump on the bandwagon.

“I‘m going to be there every morning riding and hopefully I get the chance to sit on a couple of horses capable of winning,’’ he said.

“I like to stay adaptable, I never look at anyone and say I want to ride like that. To Australians I’ll probably look very English.

“I’m not expecting to come here and ride 20 winners, it’d be nice to steal a couple and go home having learnt something and feel like I’ve done myself justice.’’

All the fields, form and replays for Friday's Kensington meeting at Randwick