A dry spring could see Sydney Cup winner Shraaoh, who competes in a start studded trial at Warwick Farm on Friday, develop into a dominant stayer in the new season. 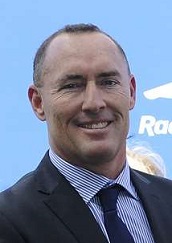 That’s the view of Australian Bloodstock’s Jamie Lovett who says the import overachieved by claiming the Sydney Cup at his sixth start for Chris Waller.

Lovett took the time to provide a rundown of the spring targets of a number of Australian Bloodstock’s local team plus give some insight into a pair of interesting runners at Rosehill on Saturday.

Shraaoh contests a 900m trial against the likes of Oaks winners Verry Elleegant and Unforgotten, Group 1 winners Nakeeta Jane and Patrick Erin and the classy Time To Reign, Vegadaze and Baller to start a preparation Lovett hopes will lead to some major spring Group 1 staying events.

“I don’t know if Chris has a race in mind to kick him off but I was hoping he might head towards a Metropolitan and assess him off that,’’ Lovett said.

“He’s thrilled with the way he’s come back, his work has been top drawer, and it is full steam ahead to the major races.

“He’s more effective on top of the ground, which is unusual for some of these horses, so if we get a spring with firmer tracks he might come into his own.’’

Whether Shraaoh is a Cups horse this year is yet to be determined, he did win at his Australian debut at Flemington in November last year, but Lovett is certain the best is yet to come.

“We bought him on the way up with a view that we thought he’d be a good horse here but not one that would win a Sydney Cup within six months,’’ he said.

“I think there is still plenty of improvement in the horse, a lot of these horses improve when they’ve been here 12 months and he’s starting to come into that calculation.’’

Aliferous: “She’s tough as an old boot, probably should have won the Roses and in the Oaks she was wide with no luck and then ran third in the Derby, she was pushed sideways when Corey had the fall and I think she would have fought out the finish,’’ Lovett said.

“She’s on a path to kick off in Sydney, there’s plenty of races for her and I’m hoping she ends up a better than average mare.’’

Sixties Groove: “I would suggest he’ll go Newcastle Cup into the Metropolitan. We gave him three weeks off in Queensland and he’s back in the stables at Newcastle. The horses coming out of Brisbane have plenty of residual fitness so he may just have one run into the Newcastle Cup.’’

Tactical Advantage: “Things didn’t work out in Brisbane, we’ll aim him towards the Sydney Stakes on Everest Day. He’s a couple of lengths off being a Group 1 horse but in the right shape at 1000m-1100m he could win a really good race over the carnival.’’ 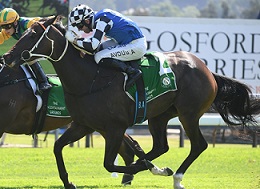 Agent Pippa: “The Group 3 Toy Show (1100m) is her aim. If she could win that it would nearly be job done for why we bought her.”

Attention Run: “She may go straight into a Wyong Cup or find something softer into that race. She’s really come on nicely, she’s been a work in progress getting her acclimatised. She may appreciate spacing her runs.’’

At Rosehill on Saturday, Lovett is very interested in how imported mare Delectation Girl performs at her local debut in the Precise Air Handicap (1100m) where she opened $5 second favourite with TAB.

The mare, now trained by Kris Lees, is not a new Australian Bloodstock buy. She was purchased after her debut win and then won a Group 3 race in Scotland at her second start.

She’s raced in Germany and America and was an impressive trial winner at Newcastle in mid-July suggesting she has settled in well.

“We sent her to Andreas Wohler in Germany and she won two Group 3 races in Germany at a mile,’’ Lovett said.

“We tried her in very good company and she struck a very heavy track in France. We had some interest in America and we thought she’d be ideal the way they run their races.

“She lost a bit of form and we bought her home, she’s been here for six months and we’ve brought her up slowly. She could be effective at 1100m albeit I think she is more of a seven furlong mare.’’

He said the Tibbie Stakes (1400m) at Newcastle in September would be an ideal springboard to the better mares races.

Stayer Our Candidate will be facing a gelding operation if he doesn’t take out the Robb Report Handicap (2400m) – and possibly even if he does – but Lovett believes he could be a 2020 Sydney Cup contender.

The four-year-old will have the chance to turn the tables on Kaapfever from their clash at Randwick earlier this month though Lovett has a word of caution about him.

Delectation Girl wins a trial at Newcastle on July 16

“If you watch his replays he’s there to win, even in that race at Wyong he was there to put them away by 10, and he’s still a colt and starting to profile like a thinker,’’ he said.

“Even the other day the was going to bolt up when he got to that horse of Joe Pride’s and then just ran next to him.

“If he doesn’t put them away on Saturday he will probably go out and we’ll cut him. I’d like to think he is a Sydney Cup horse in the autumn.’’

One more import to note in the short term appears at Kembla Grange on Thursday in the shape of Agosto for Chris Waller in the Cordeaux Heights Plate (1500m).

This four-year-old hasn’t raced for a year, since he started favourite in running fourth behind Attorney over 2400m in France, and Australian Bloodstock’s Luke Murrell has provided some comments about him with respect to his chances first-up.

“Agosto is a big, green, dumb horse that really doesn’t have a clue what he should be doing but he’s got a huge set of lungs and a massive motor,’’ Murrell said.

“With these horses sometimes the penny takes forever to drop and sometimes it could happen in one or two runs. The 1500m is a lap too short for him, just hoping his class gets him home.’’