This is a story about how one horse, a colt named Castelvecchio, has filled his previously little known trainer with the confidence he didn’t know he had a year ago.

In cliché terms it’s been a whirlwind year for Richard Litt. He describes it as "massive, incredible, overwhelming’’ when he considers where he was at the start of 2019 and where he will be when 2020 moves in. 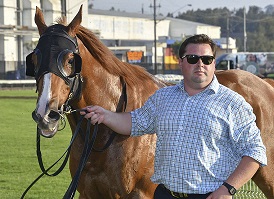 Richard Litt, with Sedition, says he loves training winners but Castelvecchio is taking him on the ride of his life. (Pic: Bradley Photos)

A year ago Castelvecchio was an unraced youngster, right now the Group 1 winning three-year-old is one of the hottest properties in Australian racing.

“We weren’t down and out but we were just poking along and hoping for the best,’’ Litt said.

“One thing it taught me is you don’t know what’s going to happen next week.

“I just wanted to make a living for my family. We have two young children and they were the best thing ever to happen.

“I love training winners, I don’t care if it is at Warren on a Sunday or at Randwick on Saturday. That feeling is unbelievable.’’

To use another apt cliché – Litt doesn’t want to be known as a one hit wonder either.

For all Castelvecchio has done for the 30-year-old trainer, and the horse is far from finished achieving yet, it’s introduced an element of pressure.

There was none when he won on debut at Canterbury back in January at $61, there was a flicker of pressure going into the $2 million Inglis Millennium but by the time the Group 1 Champagne Stakes at Royal Randwick rolled around in April expectations had reached sky high proportions.

And they continued into the spring. In the autumn Litt will start the carnival with a bona fide star in his stable and all eyes on him.

“I never thought I’d be a Group 1 winning trainer,’’ he said.

“But for my career it’s important I back it up with another horse. In 30 years’ time I don’t want someone to go ‘oh Richard Litt, he had a good horse called Castelvecchio 30 years ago’.

“I don’t want to be known as that person. If you can back it up with the next horse people stand up and go ‘okay he can train’.

“We don’t take it for granted, a win isn’t just a win for us. It’s massive.

“Last season I trained six winners and three of them were Castelvecchio. That’s not very good but the ratio of runners to winners was okay.’’

Litt was ‘thrown into training’ at the end of 2016 when his father Jim decided to relocate home to New Zealand in the wake of a family tragedy.

He has two children – Liam, 6, and Thomas, 4 – with wife Laura and has largely relied on tried horses to keep the stable moving. 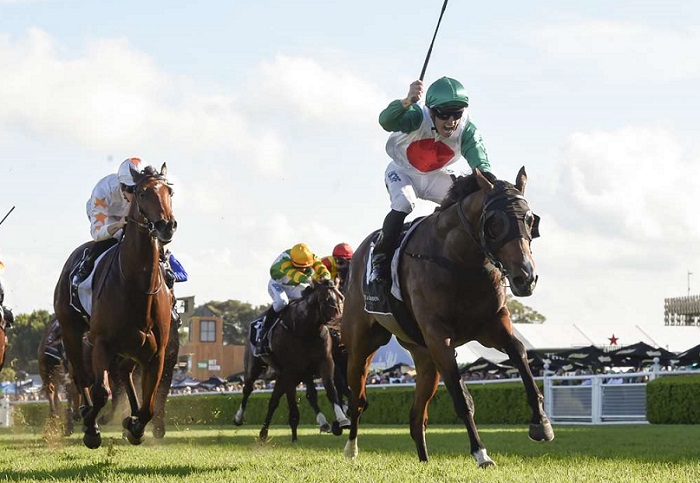 “Our family have never been hugely lucky people, dad (Jim) never really had a top horse and just pottered along. But we’re so happy doing what we’re doing,’’ he said.

“Financially it wasn’t hugely stable when we first started.

“What we love doing is getting older horses back to the races, project horses that we have a lot of fun with.

“When we haven’t had any money we’ve bought horses like Handfast, Sedition, Wander and those older horses have held my stable together. They have been so important to me.’’

Not long after he assumed the job of building his Warwick Farm stable Litt trained his first winner, a mare called Klisstra who won the 2017 Braidwood Cup.

That race was worth $9030 to the winner. Two days short of exactly two years later Castelvecchio won the Inglis Millennium, worth $1,194,000 to the winner.

It’d be easy for Litt to say he always expected the Dundeel colt to be smart but that just isn’t the case.

At $150,000 he was the most expensive yearling Litt had been given to train and he did show some early promise but whether it was being a small-time trainer or he didn’t impress the trial watchers Castelvecchio was unwanted by the punters.

“He trialled earlier in the season and Josh Parr rode him for some reason, I don’t know why because I thought Josh was too good for me to use, and ran second beaten four lengths and I was so stoked thinking we might win a couple of races,’’ he said.

“He’s a nice looking horse and a nice athletic horse but he never showed speed, he had a terrible habit of running out at the gaps and terrifying his riders.

“We had seven runners that day he had his first start at Canterbury, the most I’ve ever run, but we weren’t even thinking about Castelvecchio.

“He was 60/1, I said to Josh from barrier 14 we just had to take him back to last and look after him. I had another horse in the race I thought would beat him but he just sailed down the outside.’’

Before Castelvecchio had that first start his owner Ottavio Galletta was keen for the colt to contest the $2 million Inglis Millennium.

That plan was amped up after the last to first debut win but Litt revealed the build up wasn’t so smooth and he was even forced to ride the horse himself just days out.

“There was a guy riding work for us and he didn’t turn up for two days,’’ he said.

“I asked Bjorn Baker if I could borrow Tom Sherry to gallop him one day then I cantered him around myself for a couple of days. 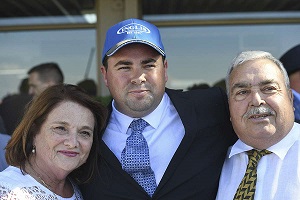 “He just blew them away. That was the day I thought he must be good.’’

What transpired over the course of 2019 proved that statement and with Arrowfield, who sold the horse to Ottavio and Wendy Galletta, acquiring a controlling interest his future to stand at stud when his racing career is over is secure.

It has given Litt another ‘pinch me’ moment as Arrowfield boss John Messara will work with him to guide Castelvecchio to The Championships in the autumn.

“With Arrowfield coming on board, it has given me huge confidence and their guidance is going to be massive,’’ he said.

“If you’d have told me John Messara would be buying into a horse in my stable I’d have laughed at you. Even to meet John Messara, I just thought he was a figure who wouldn’t look twice at me.

“Once you get to know him he’s the most down to earth, real business minded, professional person.

“This horse has taught me so much I reckon we are going to get it right coming into the autumn.’’