Hugh Humbled To Be Exclusive Part Of Team Winx

As the great Winx’s farewell nears jockey Hugh Bowman has revealed he was humbled by how far her connections went to display their appreciation for his tremendous connection with the horse.

Winx will try to exit racing with her 33rd win in succession – the last 32 with Bowman aboard – in the $4 million Group One Longines Queen Elizabeth Stakes over 2000m at Randwick on Saturday.

She would probably be shooting for 34 straight had trainer Chris Waller and her owners decided to run her as planned in the Apollo Stakes during the autumn of 2018. 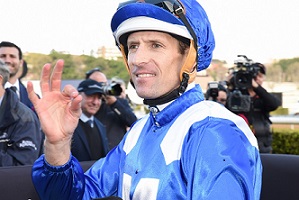 But Bowman was not going to be able to ride her because he had been suspended and instead of running the horse with another jockey Waller, backed by the owners, opted not to go around at all.

Bowman said he would have been fine watching another jockey ride Winx in that race, but he was nevertheless humbled by the decision.

“I guess, upon reflection, I can understand the decision made and I’m very humbled by it,” Bowman said.

“But I can fully appreciate Chris’s position and the owners and I’m very humbled by the decision and it does show a great sense of loyalty and appreciation for the connection I have with Winx.

“Anyone is capable of winning on Winx, but I think there have been some races where other riders may not have been able . . . It’s difficult for me to say, but may not have had the confidence to just let her be happy and know what she’s going to do.

“It’s not just the racing, it’s all the work I’ve done with her at home and it’s that relationship. It’s my understanding of her that other people don’t have and the confidence I have in her.”

Winx had won 22 races in a row at that point in her career, ahead of a planned four-race autumn campaign. Bowman had ridden her in the last 21 races of that streak.

Bowman’s suspension immediately led to intense speculation about which other top jockey might be lucky enough to get the one-off ride on Winx, but that was soon shut down by Waller.

Instead of going ahead with the Apollo over 1400m at Randwick, he declared Bowman’s unavailability meant she wouldn’t run and that instead she would contest a barrier trial over 1200m between races.

Waller provided the other five runners and Winx bolted in with Bowman riding. She then went on to win by seven lengths in her first official start of that campaign – the Chipping Norton Stakes over 1600m at Randwick.

So it was seamless. Winx went on to win three from three that campaign, including her third George Ryder Stakes and second Queen Elizabeth Stakes, and was then rested before winning four from four in the spring, including her fourth Cox Plate.

Now her winning streak has stretched to 32 races and a brilliant career is about to end with Bowman taking the ride one last time.

Bowman said he hadn’t been aware of the plan to not run in the Apollo until the decision was made.

“I hadn’t thought a lot about it. Like I said, I would have happily watched.

“It’s silly to speculate who would have ridden her, but, yeah, it was a decision made, circumstances out of my control, just like it is with some positions I get into in races when I ride her.

"Like it is then, you just have to move on and get on with things.”