Clipperton's Journey Is Only Just Beginning

Ambitious, driven and eager to succeed are all terms Sam Clipperton would use to describe himself.

You’d expect that of anyone who holds a place in the Sydney jockeys room. 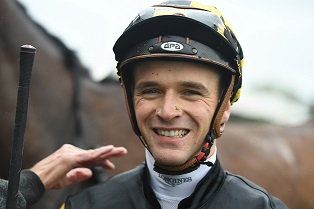 Sam Clipperton is celebrating 10 years as a jockey and says his best is still ahead. (Pic: Steve Hart)

And behind all that desire is the advice of his former master Ron Quinton, a man who not only was a champion jockey in his own right but has nurtured the careers of many young riders, that there’s a time and place for everything.

Just over a decade ago, at a Racing NSW training camp at Warwick Farm, Quinton saw something special in a 15-year-old Clipperton, who weighed just 38kg at the time and had trouble seeing over the running rail, and hasn’t stopped guiding him since.

“There’s so many good riders in the room and Ron always said to me I needed to wait my turn,’’ Clipperton said.

“To work hard and always give it a red hot go along the way but that it’s not quite my time yet. It’s a tough pool, it’s competitive, you’re racing for great prizemoney.

“I’m proud of what I’ve achieved over the last 10 years, I feel like I’ve ridden at the top level for a lot of my career.”

It’s hard to believe that it’s been 10 years – July 16 to be exact – since Clipperton’s first race ride. Less than three months later he rode his first winner, a stayer called White Horse Inn.

For the first three and a half years of his career Clipperton lived with Ron and Margaret Quinton and so many of the milestones in the past decade have been provided by Quinton.

His first city winner Liechtenstein, his first stakes winner Monton and his first Group 1 win on Peeping in the 2016 Coolmore Classic - not to mention successive champion apprentice titles in 2012-13 and 2013-14.

“Ron was amazing during my apprenticeship in having the faith, putting a young apprentice on in big races,’’ Clipperton said.

“It’s all happened pretty quickly. In the grand scheme of things I’m only 26 and I think it’s still ahead of me. I have a long road to go.

“I’d like to think I’m still five to eight years off hitting the peak of my career and once I hit the peak hopefully I can hold that for another few years after.

“Everybody is on a different journey, someone like James McDonald and what he’s achieved at a young age is a credit to him. I’m not like that, I’ve achieved a lot quickly but I won’t start hitting my straps until I’m in my 30s.

“I am a very ambitious person. I want to win more Group 1s, I want to make a charge at a premiership but realistically a premiership isn’t going to happen at the moment.” 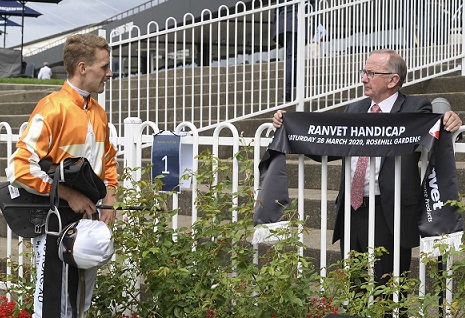 Former master Ron Quinton with Sam Clipperton after they combined for a win at Rosehill in March. (Pic: Bradley Photos).

That isn’t because he’s not good enough and it’s where Quinton’s words come back into play.

Not long after notching his first two Group 1 wins in 2016, Clipperton spent almost three years riding in Hong Kong and then in October last year took a few months off riding to refuel and refocus – so he was out of sight and out of mind.

Quinton said what his prodigy has achieved within a short time is impressive and is confident that the best is still ahead.

“The jockeys room is so strong here, I often explain that to both (Sam) and Andrew Adkins,’’ Quinton said.

“You’re not going to get over the top of these more senior blokes straight away and you’re going to have to wait your turn.

“They aren’t going away. We’ve all had to wait our turn a bit. Sam is riding very well off limited opportunities.

“And opportunity is a thing you have to get. I don’t care who you are, if you’re riding 50/1 chances every week you’re not going to be riding many winners.”

While it was a big risk, Clipperton said the time he spent away from racing in late 2019, with his wife Morgan, worked wonders for his mindset.

He realises, though, that he spent the best part of four years outside the Sydney bubble and, regardless of his credentials, breaking back in was never going to be a simple task.

“At the end of the day I was away from Sydney for three years riding in Hong Kong then on my own terms I took time away from the saddle,’’ he said.

“It’s not complicated, I just felt like I needed a break. I felt like I couldn’t go on and I didn’t want to be letting down the people who supported me over the years.

“I needed a check point to reassess and go from there and I feel like it was a great decision. It’s done what I thought it would do and that’s reignite the fire in the belly.

“I was fortunate to be in a position to do it, we don’t have a family yet and don’t have to worry about school fees or another little mouth to feed.

“In all that time I was gone other jockeys filled my spot and they aren’t going to step aside for me.

“It’s about rebuilding but I’m prepared to do that and I’m enjoying the process. That’s an important thing, you have to enjoy the process because it is so easy to rush things and I am terribly guilty of that.’’ 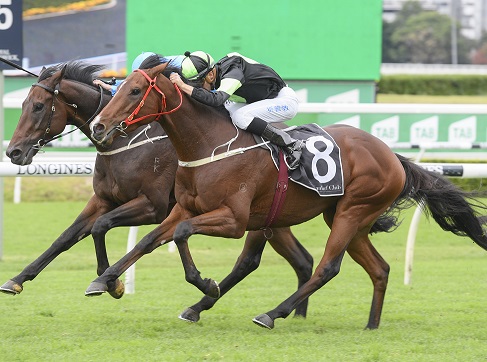 The restrictions placed on jockeys to keep racing going through the COVID-19 pandemic worked to both complicate Clipperton’s desire to be winning as many races as possible and aid in shaping an aim for his first full season in Sydney since 2016.

Long droughts from the winner’s circle were frequent – just ask the likes of Brenton Avdulla and Tim Clark – but he almost jagged the Group 1 Doncaster Mile, finishing a close second on Star Of The Seas in April, among limited chances at the top level.

“If you’re not on the right horses you’re not going to win,’’ Clipperton said.

“Ron always said you can’t get off and carry them, all you can do is go out and give them the best chance you possibly can.

“I’m looking forward to next season, to trying to make a flow on effect into the season and get some momentum up over July.

“I’d like to set a little number of winners and try to achieve it. I’m not going to say I want to go out there and ride 100 winners but if I did that it would be awesome.

“I have to focus on the bread and butter a bit at the moment and the rest will come.’’