They don’t call Gytrash the 'Giant Killer' for no reason.

The five-year-old again lowered the colours of Nature Strip, this time in the $160,000 TAB Concorde Stakes (1000m) at Randwick, running a scintillating 55.81s just outside of Redzels’ track record of 55.73s. 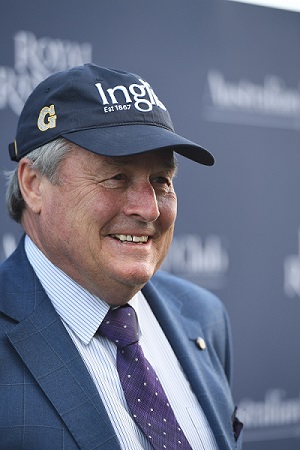 TAB reacted by slashing Gytrash’s price in The TAB Everest, where he'll represent slot holder Inglis, from $11 to $6 while Nature Strip eased from $2.60 to $3.

All is not lost for Nature Strip as he has shown in the past that he bounces straight back. However, the more we see of Nature Strip the more that his weak point becomes clearer. If he doesn’t lead, he doesn’t win. The last four times he hasn’t been able to find the front, Nature Strip has been beaten.

Punters Intelligence shows that Ball Of Muscle smoked through the first 400m in a slick 23.05s, with Nature Strip on his shoulder, with Gytrash playing the stalking role. Gytrash clocked the quickest last 600m in the race at 32.40s but it was his last 200m (11.39) that was particularly dominant.

Winning trainer Gordon Richards revealed that he thought Gytrash was in trouble turning for home.

“The 1200m will be even better. He’s won over 1200m down the straight, he can get balanced up properly. He will learn from that too, it was his first time around here,” said Richards.

“I don’t know now whether I give him another run or go straight to The Everest. He could do it. He was first up today, with one trial when he first came over here.”

Jason Collett revealed that he had his doubts about the South Australian sprinter after a lacklustre gallop earlier in the week but was left with no doubts after the Concorde that he will ride a genuine contender for the $6.2 million first prize come October 17.

“When I pushed through the gallop on Monday with a one-paced stayer and it still beat me by three lengths I thought, I’ve stuffed this up somehow. The gallop wasn’t that of an Everest horse. That win was,” said Collett.

“(Today) he got behind the gates and he was switched on. When he jumped he had the back of Nature Strip and I just didn’t let him get away from me. He’s just had the one trial so wasn’t 100% but he has run him down nicely.

“We were close enough on straightening and he’s just beautiful. He switches up a gear. He’s a bit unassuming in some ways. Compared to some other horses that are Everest sprinters, he is very good, but he’s just so casual about it.”

Meanwhile, James McDonald was succinct in his assessment of Nature Strip’s return.

Check out the results and replays for Randwick's meeting.