Being On The Other Side Of The Fence Suits McDonald

Nothing gives Luke McDonald more satisfaction than seeing a horse he’s sold live up to the hopes and dreams of a buyer.

Unlike his older brother, McDonald never dreamed of Group 1 glory in the saddle.

That’s despite being a more than capable rider in his own right, in fact if you asked James who was the better rider when they were younger he’d point to Luke. 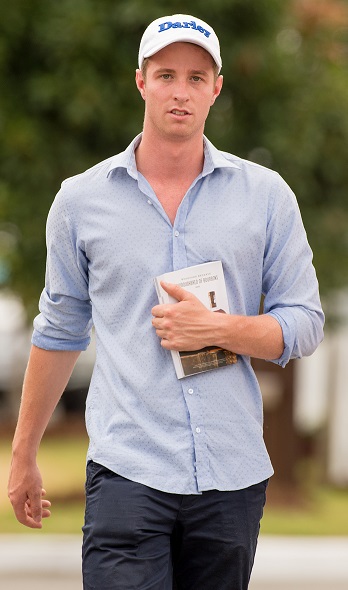 “I was a handy rider because I was fearless, I was a little braver than James but unfortunately a little taller,’’ he said.

“We were both in the saddle most days growing up with mum teaching us and our good family friend, Olympic Eventer Sir Mark Todd lived next door, which was handy!

“James is 18 months older and always knew he wanted a career in the saddle. Whereas I was always fascinated with the breeding caper.

“I loved the fact that certain nicks and crosses could work and produce successful racehorses. It’s also an endless art that you can keep developing forever.

“It’s a privilege to be James’s brother and I’m so proud of what he’s achieved. I don’t feel like I live in his shadow as I’ve pathed my own way and love what I do. James and I are best mates and both live and breathe racing.

“I think it’s important to find what interests you and pursue it.”

So while James is front and centre on the track, with thousands of eyes on his every move, Luke is carving his own future behind the scenes and has done so with the guidance of some of the smartest minds in the racing business.

Since mid-2019 McDonald, 27 in October, has worked alongside industry heavyweight Gerry Harvey as his racing and bloodstock manager dealing with his hundreds of broodmares and racehorses.

It all started, though, as a teenager when his parents Brett, who is a former jockey and trainer, and Diane encouraged his, and James’s, participation in their separate fields of interest.

“As early as I can remember my parents would take us to the Karaka Sales, and I was transfixed on helping dad find our next champion,’’ McDonald said.

“Pedigrees and families were all that I thought about! Instead of falling asleep with my school books it was always either an NZ sale catalogue or stallion book, I was obsessed and couldn’t get enough of it.

“By the time I was 15 I already had my first broodmare and was dabbling in the weanling market.

“In 2008 I found a colt by Storm Creek out of Cartier Gold (with no significant family) and purchased him at the mixed Bloodstock Sale for $4,000.

“I broke him in with dad’s help and we trialled him up at Ruakaka, where he showed some serious ability and won by eight lengths.

That horse would go on to be Singapore Derby winner Chase Me, and it changed his life and, fair to say, shaped McDonald’s future.

“It turned out to be a very good purchase, I was blessed,’’ he said.

McDonald went to university in New Zealand and tried his hand at some more labour-intensive work but, by the time he was in his early 20s, racing was number one and he’d moved to Australia.

He started out at Bell Vue Farm near Nowra, mixing time between stud work and riding trackwork for Robert and Luke Price, and before too long landed in Sydney.

One day Henry Plumptre, then head of Darley, asked to see McDonald in his Sydney office and that meeting eventually led to a role in the stallion nominations team, something of a dream job, working for Sheikh Mohammed for two and a half years before taking on his post with Harvey.

“Henry was kind enough to give me a lot of time and sat down with me and planned where I wanted to go,’’ he said.

“But in saying that you have to put in the work. Gerry is a big believer in hard work and that’s what I’ve done here, put my head down and focused and learned every aspect of the game.

“I have experience with the racing and breeding side and I’m very fortunate to be exposed to both.” 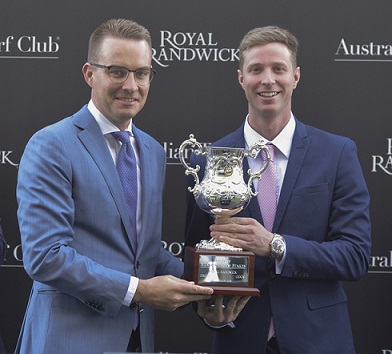 At any time McDonald is dealing with about 400 broodmares owned by Harvey and around 350 racehorses with interests varying from 10 percent to 100 per cent.

He said Harvey tries to keep about 60 yearlings per year and sell the rest, anything that’s passed in he retains and Harvey often holds onto small shares in horses he really likes.

“You’ve got to be on the ball 24/7 and communicate every day with the team,’’ McDonald said.

“Gerry and I work side-by-side every day and he enjoys staying up to date with everything, he’s so invested in all aspects of the industry.

“I get a real buzz out of selling a horse to a client and seeing that horse go on to be a success.

“We sell many horses every year but as you know only a handful will go on to win big races. We sold Prince Fawaz and Alligator Blood at the sales and they went on to win at Group 1 level.

“It’s good to see someone make an earn and have a bit of fun at the same time.”

There’s no doubt McDonald has had a dream run up to this point, as he says it helps when you meet the right people, but it’s also clear he has a picture about what his future looks like.

It won’t be as a jockey, of course, it’ll most likely be following the path he’s walking now into buying and selling bloodstock but he does entertain the thought of training at some point even if it’s just as a hobby.

“I’ve done my fair share of thinking about it, I’m in a great place at the moment,’’ he said.

“I love the breeding game and will probably venture down that avenue later in life but I could go out tomorrow and become a trainer. I have enough passion for both sides and I guess time will tell.

“I’d love to train a winner one day…I guess we will see.”