Becoming A Jockey Has Long Been Louise's Calling

There are a number of “random” moments in the career of apprentice jockey Louise Day that has led her to get to where she is today. That became very clear when talking to her about her career to date.

When asked if she believes in fate, Day replied: “Things happen exactly when they are supposed to happen.”

Born in the small Irish town of Strokestown, occupied by less than 1000 residents, Day’s family had always kept horses and ponies, but it wasn’t until a racing stable was built a couple of fields away from her house that her interest was piqued. She was 12 years old. 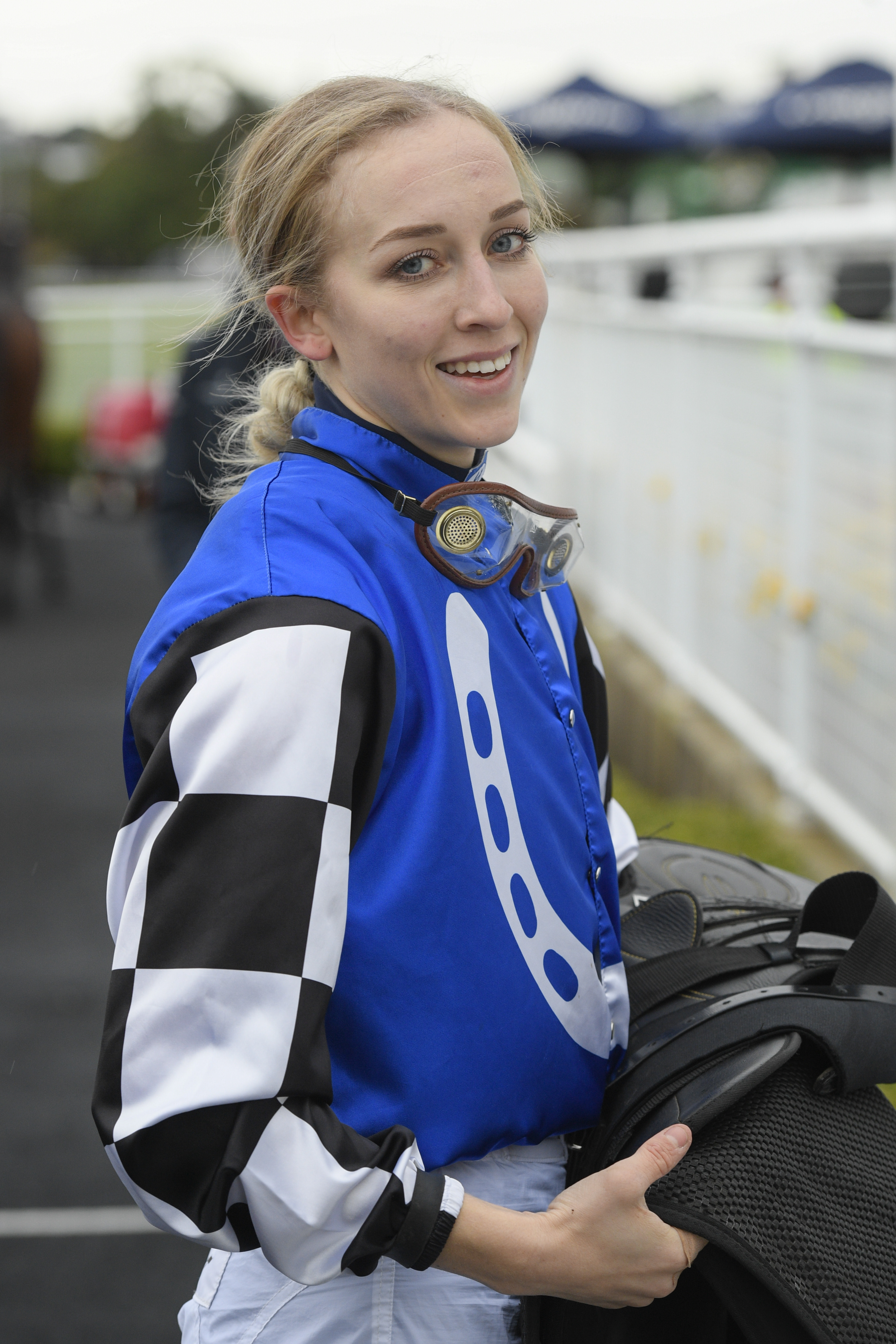 “I had never felt speed like that, it was incredible.” (Pic: Bradley Photos)

Before long, that interest was an obsession.

“I used to drag my mum to the races after school and became really interested in it,” recalled Day.

“I would get up early and go through the fields, through the backyard to watch the horses being exercised of a morning, it was all I wanted to do and still all I want to do now.”

Day, 25, remembers her first ride on a racehorse, leaving her eyes as big as saucepans and her heart beating out of her chest. It was part of her 15th birthday present from her parents.

“Mum organised it through a friend and we were in a massive field, a couple of 100 acres and the horse took off on me, I was about 45kg, and after I finally pulled up I said ‘that’s it, I want to be a jockey’.

“I had never felt speed like that, it was incredible.”

After Day had finished school she moved to England for a year and a half and eventually took out her jockey licence but it wasn’t meant to be; the timing wasn’t right.

“I had about 10 rides in the space of a year, it was a disaster. It was never going to happen for me there.

“I moved back to Ireland and was put in touch with someone from Melbourne through contacts,” said Day.

“In hindsight, the reason I didn’t get a go in England was that I wasn’t ready.

“It was all very random. I was tossing up between Australia and America for a long time, but it all seemed a lot easier to go to Australia and I’d also seen how well other girls had gone over there.”

It was in the year and a half she spent riding trackwork for Ciaron Maher at Caulfield that she had the chance to work Jameka, a mare that Day has very fond memories of.

“It was like going from a Mazda to a Ferrari, she was incredible and looked like two horses joined together, the length of her stride and walk, she would feel like she was cantering but she was running 11s,” Day recalls.

“A stayer to run the sectionals she could run, she was something else.”

Now Day is indentured to Kris Lees at Newcastle and again it was simply a matter of being in the right place at the right time. 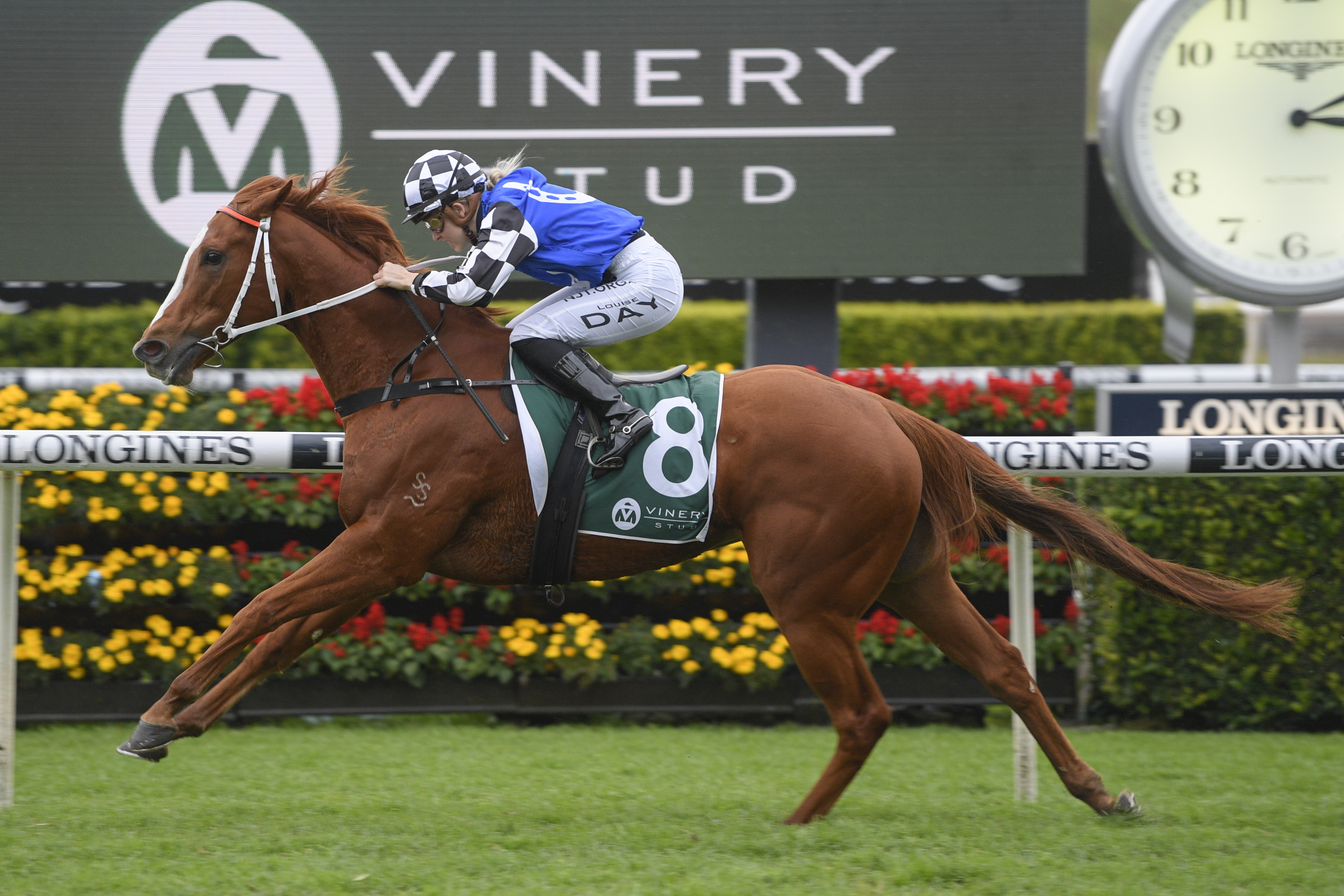 “Kris originally said no because he had Sam Clenton but a few weeks later she unfortunately had a fall and an opportunity came up,” said Day.

Over the COVID period Day has become a permanent fixture in town and plans to make the most of the winter months, when apprentices get plenty of support from trainers looking to use claiming riders.

“I initially chose the northern region but a couple of trainers in Sydney questioned why I wasn’t moving because there wasn’t another three-kilo apprentice down there.

“No other apprentice seemed to want to make the move,” she explained.

“I was lucky I rode a couple of winners early because it could have gone either way.”

Day, now an Australian resident, has only been riding professionally for six years and knows she still has a lot to learn but looks to now established city class rider Rachel King as a shining example.

“Rachel has come over and done what I aspire to, she is a very astute rider and I really admire what she has achieved, it just proves that it can be done if you are a good enough,” said Day.

“I have taken a long time to polish up and I still have a long way to go, everything is a learning curve.

“For now, I’ll just take each day as it comes but riding in town is where every jockey aspires to be and if I get the opportunities I’d love to stay there.

“I have no intention of going back to Ireland anytime soon either, I am really enjoying things in Sydney and am just hoping I can continue on with my apprenticeship and come out of it on a roll.”