'Apprentice Baker' McLean Has A Depth Of Experience

To people outside the racing bubble it probably seems that Stephen McLean has arrived out of the blue into a role as Bjorn Baker’s racing manager.

It might appear the fresh faced 28-year-old from Bundaberg is a newcomer to the game but he’s already spent half his life learning from some of the best in both hemispheres who have fuelled a passion for the sport you just can’t buy. 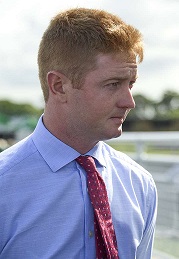 They say you’re either born into racing or are bitten by it.

In McLean’s case he was definitely bitten, aided a little by his parents’ casual interest in racing, and he soon realised it was an all or nothing game and he says, if you’re young and either already working in the sport or are interested in it, coming to that realisation is important.

“I definitely say it’s worth giving it a go but you have to be prepared for the long hours,’’ he said.

“You can’t be looking at the clock. The clock is irrelevant in this game unless you’re clocking horses and trying to meet deadlines.

“If you love something so much you’re going to do it regardless of what anyone tells you. Which is, I suppose, what happened to me, I had plenty of people telling me not to do it.”

As a teenager, having come to terms with his growing interest in racing and on the recommendation of Liam Birchley, McLean’s parents allowed him to work with Mark and Denny Baker at Hallmark Stud in New Zealand in his school holidays before taking up a full time role for three years once completing high school.

From there he had the chance to work for Mick Kent, known as one of the great minds in racing, for a couple of years and on his advice then spent almost three years working in the UK for Chris Wall and the USA for Tom Morley before returning to Victoria.

A short period with Archie Alexander was a precursor to landing in Sydney and in the Bjorn Baker barn and with all that experience under his belt McLean had a clearer picture of his path.

“My parents always said I had my mind made up that horses was where I wanted to head,’’ he said.

“They used to knock on my door and tell me to turn my light out at midnight on a school night because I was up late researching pedigrees and looking at form.

“Originally I wanted to head down the breeding side and work on a stud farm but my first bosses, Mark and Denny Baker, always said I needed to experience the racing side of things as well.

“When I got involved in the racing side of things I took a serious liking to watching horses progress through their training careers and seeing them improve.

“Watching Mick Kent get horses fit without running them and then seeing him run them over a trip first-up and get a result with them was something that stood out to me.

“I got more of a buzz out of that than walking around a farm every day.”

It’d be easy, given the experience he’s already gathered, to assume McLean is on a fast track to becoming a trainer himself but he’s in no hurry.

However, he says he’s no different to any young person who aspires to one day ‘have a throw at the stumps’ as a trainer.

“I’m quite happy where I am but if there’s an opportunity that presents itself one day that I can go out on my own then I’m going to have to consider it,’’ he said.

“But I don’t think it is the be all and end all.

“You’re going to have to take on the likes of Bjorn, Chris Waller, the Snowdens, Godolphin, Hawkes, the Freedmans anywhere you go. Those top echelon trainers make it hard to break the surface.”

Like most who have worked under the Bjorn Baker banner, McLean says it’s an experience like no other and one that, now he’s settled into the role, he enjoys. 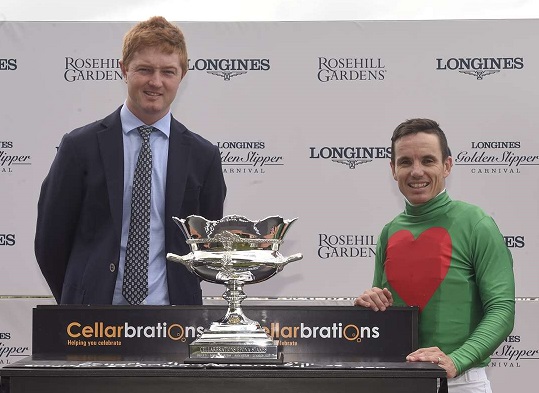 Everybody can see Baker is quite a character and he seems to revel in it. That translates to some interesting times in what is known as the hut of knowledge at Warwick Farm.

“How do I put this diplomatically. It has its moments, some days it can be stressful and it’s quite entertaining,’’ he said.

“It can be stressful because, on a busy gallop morning, you have horses in all different locations and you’re trying to keep an eye on them and get feedback from the riders.

"You’re trying to communicate with Bjorn, the phone is always ringing from the stable, but it’s stressful in a good way.

“It’s always entertaining out there. He’s definitely a guy that you get the best of both worlds out of.

“There’s your serious moments but he stresses to you the importance of having a good time along the way.”

McLean has also learned how to deal with defeat, and how to reframe it, and it’s something he says will serve him well in the future.

History has always been written by the winners and racing is no different, and the truth in the racing game is you’re going to lose more than you win no matter who you are.

“I told this to James Cummings one morning, because he asked the question, that Bjorn Baker is the first boss I’ve ever worked for that cops defeat quite well,’’ he said.

“Bjorn looks at it as a challenge - we’ve been beaten today, why did we get beaten and what can we do better next time.

“He always tries to find a reason why things didn’t work out and do better next time.”