“She slept with wolves without fear.”

In Annabel Neasham’s case, that quote, remarkably, represents the truth having unknowingly come face-to-face with the wild animal when tackling the world’s longest horse race.

Neasham heads the Warwick Farm stable for training partnership Ciaron Maher and David Eustace and in August last year she not only finished the Mongol Derby, run over a staggering 1000km, but won it. 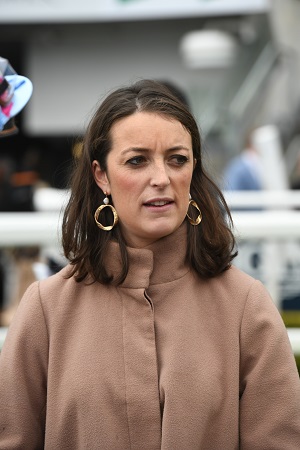 “I’d heard about it years ago,” recalled Neasham, originally from English village Croughton which is 20 miles north of Oxford.

“A girl I knew back home had won it herself. I mentioned to Ciaron that I was going to do it and he asked me to sign him up as well.

“We had done zero preparation and I said to Ciaron that he’d better start riding trackwork but two weeks later he fell off Jameka and broke his leg.”

No mean feat given it is regarded as the world’s toughest test for endurance riders, a concept which took its inspiration from the ancient horse messenger system used by Mongolian ruler Genghis Khan some 800 years ago.

“It is very difficult to prepare for, (American rider) Devan Horn ran second to us and it was her third time doing it.

“She had run an ultra-marathon in preparation, so Adrian and I were thinking we were underdone but it’s not the type of thing you can train for really,” said Neasham.

“There is a fine balance between getting from ‘A to B’ as quick as you can but also looking after your horse.

“The countryside is beautiful, but its 1000 kilometres and it doesn’t change so it got a bit monotonous.

“There were marmot holes everywhere that weren’t easy to see. I had two horses fall with me.

“You are trying to look at the terrain all the time, it is quite tiring, and my knees were sore.”

That was due to an Anterior Cruciate Ligament (ACL) reconstruction the 28-year-old had undergone in the past.

“There were no showers and they just eat mutton which I wasn’t a fan of, so I didn’t really eat much for the six and a half days.

“I barely ate a thing, I just drank water, which you had to purify,” she said.

Neasham lost seven kilograms over the course of the journey, in which you are only allowed to ride from 6:30am to 8pm.

There is no marked course, food or accommodation provided, just a set of hobbles and a satellite tracker. 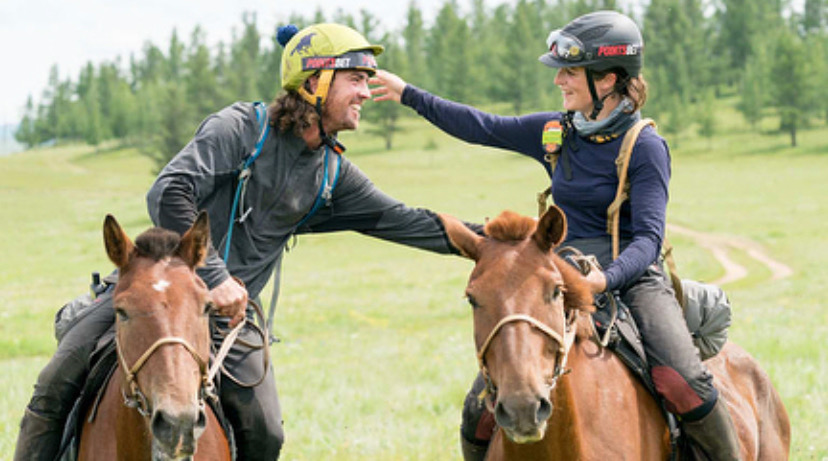 Adrian Corboy and Neasham during the Mongol Derby

“You switch horses, which are semi-wild, every 40 kilometres or so. The horse stations are the homes of the nomadic herders and they heard up their ponies.

“They are all tied up in a line and you pick a horse,” said Neasham.

“At every station there is a vet to check the horse’s heart rate as it has got to be below a certain level within half an hour for you to pass.

“We managed to get through penalty free. If you were over, you had to wait for two hours.”

At one point in the final days of the race, Neasham’s main consideration turned instinctively to survival when the pair found themselves bogged in deep mud.

“One night we stayed with a family in their ‘gur’ which is what they call their huts. There were 14 of us sleeping in there.

“The two of us, two grandparents, three children and seven grandchildren all sleeping on the floor in this one place.

“We took photos of them on our phones and were showing the kids which, they thought was unbelievable, they had never seen anything like it.

“We woke up the next morning to head out but the fog was so thick that we couldn’t see where were going.

“You couldn’t see beyond 20 metres and soon after leaving we hit a serious bog with the horses up to their bellies in mud.

“One of the kids we had stayed with appeared out of nowhere on a pony, he must have seen us go the wrong direction, and he signalled to follow him.

“He took us across a swollen river and out onto a path. We just trusted it was the right direction because our GPS signals were down.

“One of the other nights we found a pump shed to camp out in, but it stunk of diesel, it was a clear night so I just put my sleeping bag out on the grass.

“Adrian woke me up saying we’d better get in the shed because it is going rain, but I looked up and could just see stars. 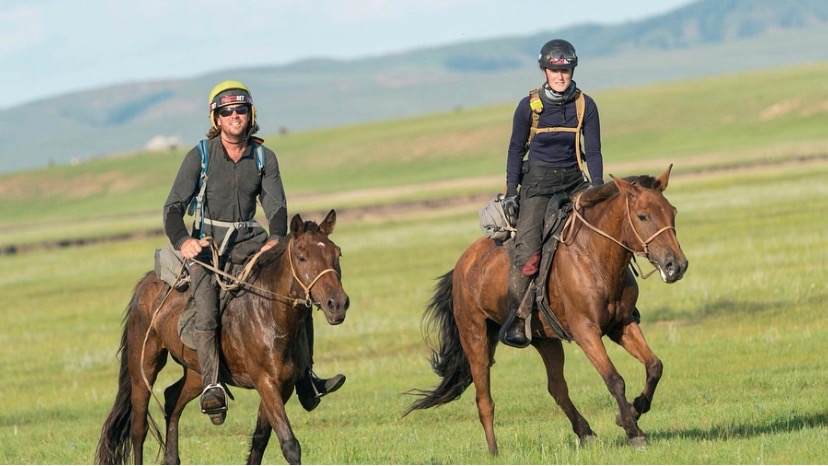 You name it, Neasham has done it!

“I thought it was a bit odd but was still half asleep, so I crawled in.

“He hadn’t slept a wink and in the morning he said a wolf had trotted right up to me, Adrian sat up and had a stare off with it.

“It walked off but he read somewhere that wolves work together so he was thinking that it had trotted off to get its mates to come back in a pack.

“He tells me that’s what happened, but I never saw it.”

Neasham had “always been a horsey person growing up” with her family involved in amateur jumps racing and show jumping, but it wasn’t until university that her love of eventing, in which she competed on an international stage, swung towards thoroughbred racing.

After dabbling as a bloodstock agent, she realised her passion was being hands-on with the horses. That saw her land a job working for the Queen.

“I lived at Sandringham House, which is her winter home, during the foaling season; it’s a small stud where she has about 25 mares but whenever a foal was born she’d pop in the next morning to have a look,” said Neasham.

“It was pretty amazing breaking in her horses before she’d come and watch them in the arena.

“It was a magical place. The Queen loves her horses and knew every single one.”

Neasham has been in Australia three years now, having spent the first six months of her time here on a working visa with Gai Waterhouse, and doesn’t see her future anywhere else. After four years she plans to apply for residency.

“(Australian racing) is a lot more accessible and there are greater opportunities for young people. The prizemoney is phenomenal compared to home,” said Neasham.