Adkins Fishing For Winners In Return To Saddle

Jockey Andrew Adkins has cast his fishing rod aside and is itching to get back into the saddle later this week for the first time in over four months.

Jockey Andrew Adkins is back in the saddle at Gosford on Friday. (Pic: Bradley Photos).

It’ll be a nice 22nd birthday present for the young rider when he takes his first race rides since April 13 at Gosford on Friday after enduring a horror year with illness and then injury.

If missing a good chunk of the summer with pericarditis (inflammation of the heart) wasn’t frustrating enough, Adkins suffered some alarming injuries when he fell from War Baron in the closing stages of the Fernhill Handicap at Randwick.

He suffered compression fractures of the T2, T3 and T4 in his spine, a fractured sternum and cheekbone, small fractures in his nose and fractured ribs.

“It was pretty savage. Obviously it took a bit of time to get back moving and doing things again and it’s good to be back doing what I enjoy,’’ Adkins said.

“They said it would be a good three months before I'd be able to do something and that was pretty spot on.’’

Adkins was knocked out by the fall and naturally suffered a decent concussion, he recalled the moment when he remembered what had happened.

“I came back to it when I was nearly at the hospital in the ambulance,’’ he said.

“It was a real shock as soon as I woke up but by the time I was at the hospital I was pretty well back with it.

“I accepted what happened and had to deal with it. My parents were with me, which was great, they were at the races that day.’’

He did spend some time with his parents back home in Port Macquarie, and spent a week in Bali with his partner, but there’s not an extensive list of things for an active person like Adkins to do to occupy himself when recovering from such a list of injuries.

So aside from the rehabilitation, and to overcome a bout of boredom, Adkins took up fishing.

He’d potter around Botany Bay in his tinnie to pass some of the time until his body was strong enough to hit the waves and eventually get back into training.

“I bought a tinnie and was going out there trying to keep my mind off things,’’ he said.

“There’s not a lot I could really do but that was something I enjoyed and was able to do. Once I got back into fitness I was doing a bit of surfing, it’s good for your back muscles.

“I’ll continue the physio to make sure everything is spot on and keep working on it because if I don’t it could be a long term thing. 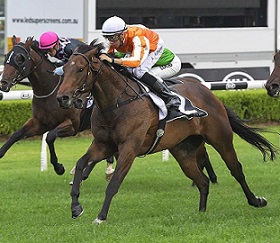 “But everything is going well at this stage and I’m excited to get back to the races. I’d like to go a couple of years being pain free.’’

Adkins won’t have his beloved mare Daysee Doom to partner this season, the mare who handed him a maiden Group 1 win has been retired, so he’ll need to find a new headline horse.

The immediate issue, though, is carving his place back in the ultra-competitive Sydney jockeys room which has changed shape in his absence with Blake Shinn leaving and Nash Rawiller and Glen Boss moving in.

“It’s not only a difficult time of the year but it’s difficult altogether,’’ he said.

“The room is one of the best in the world at the moment and I’m trying to fit back in. I’d hope I can fit back in where I was, it’s not going to be easy. I just have to work harder.

“It’s been an ordinary year for me, a lot of ups and downs, but hopefully I can come into the new season with a boom.’’