Qin Yong Proves A Hit In The Caribbean

He may have been a world away last week in the Caribbean, but Hawkesbury apprentice Qin Yong will no doubt have plenty of tales to tell when he heads to Bathurst races on Monday. 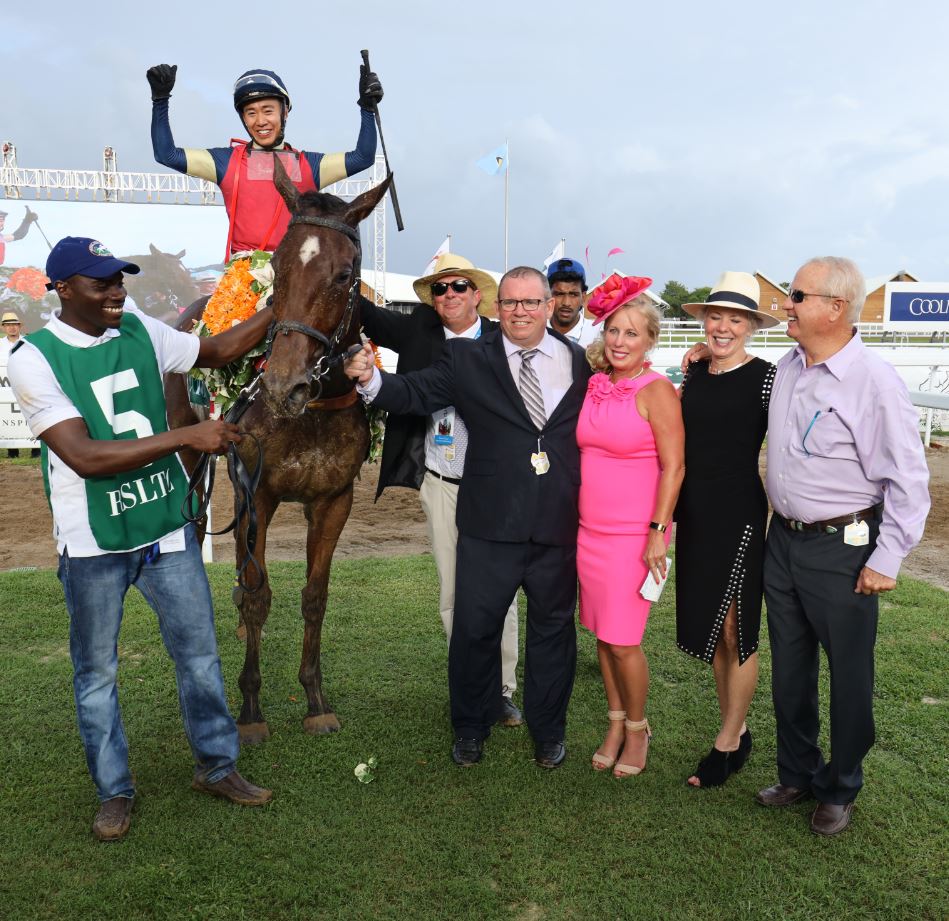 Qin Young celebrates with connections of Casting Crown after winning the feature event at St. Lucia in the Caribbean. Image courtesy RSLTC

Yong, 30, journeyed to St Lucia last Friday and made his mark on the local racing scene, snaring a winning double including the feature event, the $150,000 Pitons Cup.

Yong guided Casting Crowns to victory in front of a 5000-strong crowd at Royal St. Lucia Turf Club, the final event on the four-race program.

The jockey had also taken out the previous race, the Winston Trim Memorial aboard Senior Guitar.

The race is named after the late Winston Trim who was a local horseman and had the now-fulfilled dream of bringing horse racing to St. Lucia in the West Indies.

The much-travelled Yong has ridden 41 winners and will partner Sriracha and Super Chase at Bathurst.