Williams Rapt To Have A Hand In Country Championships Final 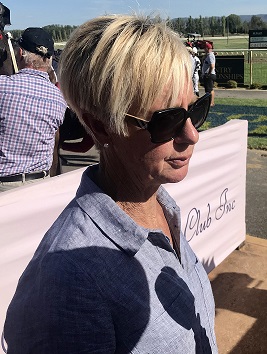 After finishing second in the past three years Williams heads to Royal Randwick in April as a winner and with a live chance, given the arrogance of the gelding's win in the $150,000 CDRA Country Championships Qualifier (1400m).

And champion country jockey Greg Ryan has no doubt Healing Hands will be a force when he gets to Randwick, saying he was entitled to be beaten after overcoming a wide run in the race.

“They didn’t give him an easy run, three and four deep at stages, and only momentarily had cover in the run,’’ Ryan said.

“He just really toughed it out down the straight.

“I was concerned because of the run I had, I thought 'I know you’re a handy horse but you haven’t had the run to really finish off' but he toughed it out really strong.

“He’s won that heat and he didn’t have the run to win it. He had a bit on that field anyway.”

Healing Hands is now an $11 chance in TAB’s Country Championships Final market and runner-up Electrified, ridden by Hugh Bowman, is $26.

Williams paid tribute to Ryan’s steering of the gelding, she clearly has an opinion of Healing Hands but has preferred to remain conservative.

She's still erring on that side but in making it five wins from seven starts Healing Hands stuck his hand up to say he's well above average.

“I thought I might have crucified him a couple of weeks ago when I said he was over rated,’’ she said.

“I don’t like to over rate horses, they have to prove themselves, it’s a results driven game and I’d rather see the results before you say took much.’’

The result on Sunday spoke for itself and Williams is adamant that the best of Healing Hands is still some time into the future.

Regardless, Healing Hands is easily her best chance to date of winning the $500,000 Newhaven Park Country Championships Final (1400m).

In 2017 Galaxy Warrior ran sixth behind Free Standing, while Noel's Gift ran 10th behind Victorem in 2018 and 11th to Noble Boy last year.

“He’s still a country horse, I’m really proud of him,’’ she said.

“He’s the baby of the field, he’d only had six starts, and I thought the others were more seasoned.

“I know this sounds ridiculous but I still think he is six or eight months away.’’

Williams said she is still hopeful that stablemate El Mo, who was favourite for most of the week, will recover from the foot abscess that kept him out of the Qualifier in time to have his chance to join Healing Hands in the Final via the Muswellbrook Wild Card on March 22.

Bathurst trainer Dean Mirfin beat Williams in 2018 when Cosmologist defeated Noel’s Gift at Mudgee and while Electrified was relegated to second placing this year he said he’s more than happy to be heading to Randwick for the second time.

Mirfin also filled third placing with Tale Of The Kraut.

Electrified was given a superb ride by Hugh Bowman after drawing a wide alley and Mirfin will now decide how to fill in the next month, until Day 1 of The Star Championships, with the gelding.

“He finished the race off beautifully and Randwick will be right up his alley,’’ Mirfin said.

“He’s a horse that is probably looking for further than 1400m so I’d be careful to keep him on the fresh side.’’