Waratah To Blossom Under O’Halloran

Stephen O’Halloran is a name that'd ring a bell for a lot of punters, however, few would recognise him even if they walked past him at a racetrack.

That’s all about to change with O’Halloran now the head trainer of Waratah Thoroughbreds, owned by Paul Fudge. 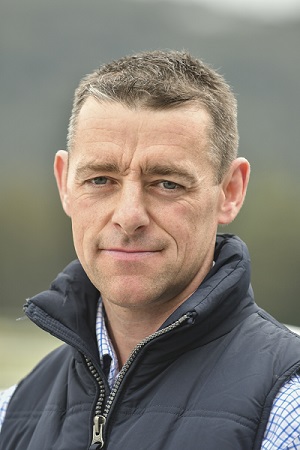 O’Halloran spent 17 years as a leading trackwork rider for Gai Waterhouse, who he has endless admiration for, but when the opportunity came up to try his hand at training it’s one he “grabbed with both hands.”

“It’s very different to riding 15 to 20 horses then going home, you have to make your own decisions and it’s more about your own judgment, thoughts and ideas on what you want to do with the horses,” O’Halloran said, with his thick Irish accent.

“At Gai’s I had a lot to do with a lot of different horses, including how they were going and where we would place them, so I was up for the next step in my career.”

“Paul had been thinking about it for a while, he has an amazing property just outside of Moss Vale, and all the horses would spell and pre-train here, and then would be sent back to the trainers, but in the back of his mind with a facility like this, he always wanted someone to train from here.”

Apart from occasionally having to boil the kettle to get the frost off his car windows, it’s been a seamless transition from Randwick to the Southern Highlands for O’Halloran, 41, his wife Steph and three children.

The property, and quality of horses, in O’Halloran’s opinion, gives Waratah the chance to compete at the very top level of racing.

“We have some really nice horses on the farm and hopefully we can be competitive in the city against the Chris Wallers, Gai Waterhouses and Peter Snowdens. There is no point half doing it,” he said.

“Everything is here, big indoor barns for the horses, we have outside yards for them during the day, our own spelling paddocks, a dry walker, treadmills, a sea walker, a swimming pool and two tracks about 1400m long.

“There is a Polytrack and next to that we have a grass track. We also have a deep sand track that we do slow work on.” 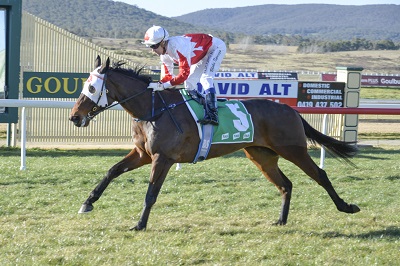 The list of stars O’Halloran has thrown a leg over in his time in Australia, having arrived in 2003, reads like a Hall of Fame.

“When I first came over, Grand Armee was just finishing off, then we had the likes of Triple Crown winner Dance Hero, there was Northern Meteor, Sebring, Theseo, Desert War, Vancouver, all of the Slipper winners,” he rattled off.

“I had a lot to do with Overreach, she was quite a nervous filly but we got her to win a Slipper. Manhattan Rain too.”

Sitting above them all for O’Halloran though is More Joyous and Pierro.

“I had a lot to do with More Joyous, I rode her in all of her work. Every gallop I did on her she did it so effortlessly, a lot of those good horses, the thing about them is when you gallop it doesn’t matter how quick they are going it feels like they are doing it very easily,” he said.

“Some mornings I’d go up to the Randwick tower where Gai and myself would go through the horses I rode, I’d look at the times and say ‘you’ve clocked me wrong, that’s too fast, there is no way I went that quick’, but those horses do it so easily and the recovery is very quick.

“Before More Joyous won the Queen Elizabeth (2012), no one thought she’d run the 2000m, she wasn’t bred to run it, but her work on that Tuesday was unbelievable, she was bouncing.

“Pierro, on the other hand, had the attitude where trackwork was trackwork but when he got to the races he knew it was time, he’d walk around the parade ring like he owned the joint.

“We were confident going into any of Pierro’s two-year-old races, Gai used to put the blinkers on for his last piece of work and keep them on for raceday. We used to say all he has to do is get down to the start safely.”

Rewind back to the mid-90s, O’Halloran originally harboured ambitions of becoming a jockey, spending the 1995/96 season in apprentice school in Ireland at The Curragh but weight got the better of him.

“After that I actually wanted to go to America, but I couldn’t get a VISA at the time because of 9/11 and the company I was going through suggested I try Australia.

“I thought ‘Australia? That’s the other side of the world.’ When I landed here it was an eye opener but I loved it straight away.”

*This article was originally published in the September edition of the Racing NSW magazine.