Less than a year ago Noble Boy was just a horse standing in a paddock waiting for someone to train him. 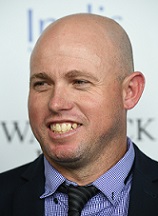 He knew nothing of Queanbeyan trainer Todd Blowes, the Country Championships, or even racing for that matter.

Around the same time Blowes, 38, had only held a license for six months and been to the races as a trainer on two occasions.

Now, Noble Boy is unbeaten after four starts and the fledgling trainer has on his hands arguably the hottest property in country racing.

This remarkable story will keep getting better if Noble Boy keeps that unbeaten record intact at Goulburn on Saturday in the $150,000 SERA Country Championships Qualifier (1400m).

And the expectation is high – since TAB markets opened for the April 6 final Noble Boy has held top billing and sits, unqualified, as the $4 favourite.

“It’d be life changing for someone like me,’’ Blowes said of the prospect of winning the $500,000 final.

“To achieve something like this would be massive. It’s something I spoke to the boys about after his second win at Goulburn, that’d we’d do our best to aim at the Championships and see how we go.’’

Those ‘boys’ are some of the gelding’s owners and his former Queanbeyan Blues (rugby league) teammates.

It was a phone call from Noble Boy’s breeder Donna Scott, who had heard Blowes was starting out as a trainer, that changed everything. But the horse he picked up was a lot different to the one we’ve seen winning so easily on four occasions.

“He was broken in as a two-year-old and he was basically left in a paddock. It’s hard to explain to people when I tell them he was such a handful early days,’’ he said.

“He was probably in work for three months before I trialled him. He just knew nothing.

“He was just a big raw horse that wanted to get out on the track and do everything at a million miles an hour.

“It took so long to teach him to settle. Even going around with other horses he was burning himself out, everything had to be done at his top.

“That’s why I’m not in a hurry to put blinkers on or change his racing pattern.’’ 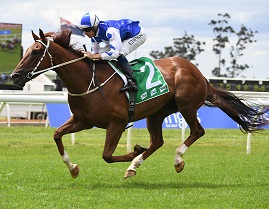 Todd Blowes and Noble Boy epitomise what the Country Championships are about.

Here’s a man who has 10 horses under his name, no more than seven in work, four-year-old Noble Boy is his oldest horse and only winner to date and he’s had just 14 runners in total.

Aside from training Noble Boy, he still works as a pre-trainer and trackwork rider for Queanbeyan trainer Joe Cleary and, with wife Kristy, juggles parenting two boys.

Blowes knows the attention is on him come Saturday’s Qualifier and it’ll be a nervous 70 seconds or so as the race is run knowing there are no guarantees in racing as we’ve seen through the series so far.

“I fully expected, and I’m sure most people did, to see Awesome Pluck qualify and that didn’t happen,’’ he said.

“We’ve just got to get through Saturday and hopefully move on and get to the final. I really don’t want to be going up to Muswellbrook for the wild card.

“There are a lot of eyes on me and everyone wants to talk about him.

“Every time you go to a race meeting, or even walking down the street at Queanbeyan, there’s always someone wanting to know something about him.’’

There’s a touch of irony in that statement.

Not long before Noble Boy races for his spot in the Newhaven Park Country Championships Final, the mighty Winx will hold the nation’s eye as she contests the Chipping Norton Stakes at Randwick.

Winx is the reason Blowes had to replace jockey Hugh Bowman for the Goulburn race.

Bowman partnered Noble Boy to his dominant last start win at Warwick Farm on February 9 where he really confirmed his place as Championships favourite.

Punter’s Intelligence data showed he ran faster time than the other three 1200m events on the day, including a couple of stakes races.

With Bowman unavailable, Blowes has booked Jess Taylor, who rode the gelding for the first time last Friday, to deputise.

“Jess wanted to have a sit on him before she rides him on Saturday and she was blown away,’’ he said.

“I’ve kept him ticking over, he’s very clean winded and he didn’t need a lot of work. He’ll have his final gallop on Tuesday then we’ll wrap him up in bubble wrap until Saturday.

“It’s a nice big track and a nice run into the first turn where hopefully Jess can find a spot and switch him off and, touch wood, get to the outside down the straight and run over the top of them.

First and second from the Goulburn Qualifier earn a spot in the $500,000 Newhaven Park Country Championships Final (1400m) at Royal Randwick on April 6.

All the field, form and replays for Saturday’s Country Championships Qualifier meeting at Goulburn