Rookie Trainer Hopes To Upstage His Boss In Rosehill Highway

A delayed confrontation between two of the most promising gallopers in regional racing, and a rookie trainer opposing his boss, makes for a compelling TAB $75,000 (1400m) Class 3 Highway at Rosehill Gardens on Saturday.

A field of depth and potential with several runners headed for the Country Championships is added stimulation as trainers monitor a Heavy 9 track rating after storms earlier in the week. 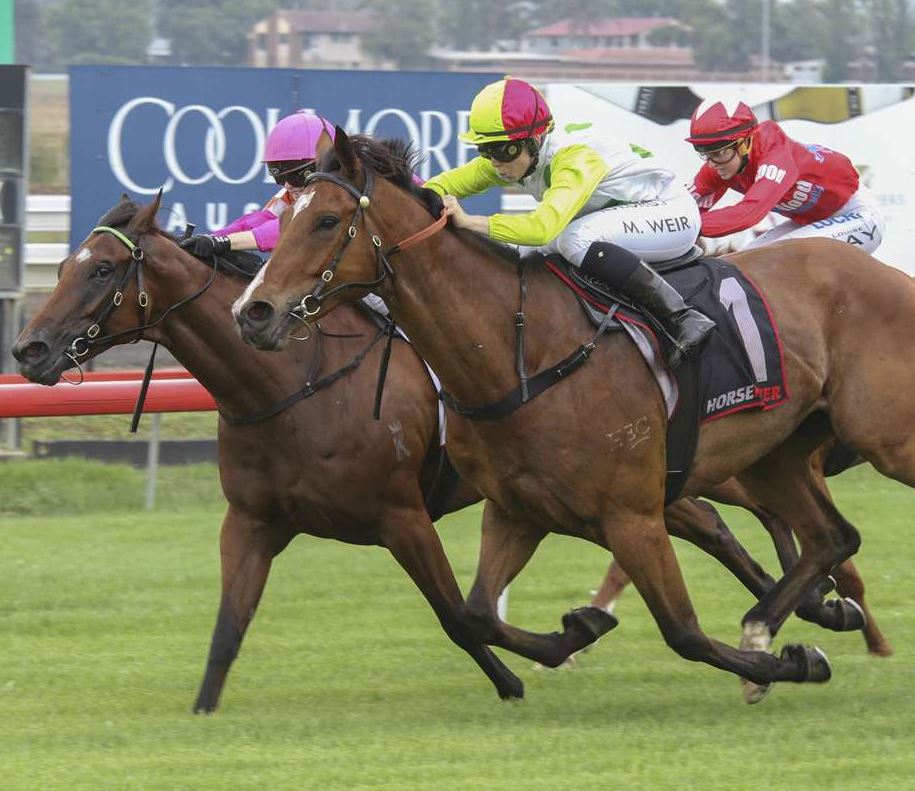 Among them, young Muswellbrook trainer Ben Blay, decidedly unlucky in a previous TAB Highway with his only galloper Alot to Hoffa ($15 into $14 on TAB fixed odds) who opposes his Hunter mentor Todd Howlett with giant gelding Two Big Fari ($6 into $5), significantly to be ridden by Brenton Avdulla with 55.5kg.

The imposing Howlett galloper was backed with confidence to beat pronounced favourite Mr Wong ($3 to $2.80) in a Warwick Farm Highway three weeks ago, however, the meeting was washed out.

Mr Wong returns on Saturday and the influence of Hugh Bowman with 58.5kg and the rails draw will see him popular elect again.

And according to Jones, the missed run has been compensated by an impressive Scone barrier trial win last week as he heads for the Country Championships.

“He trialled enormous, he’s got heavy track form, this is his right distance range and we’ve got the jockey to ring the bell where we’re drawn,” Jones quipped.

Jones has ironed out some tractability traits with the Gerry Harvey-owned talent and has long considered him city quality.

Meanwhile, young Ben with just the solitary horse in work and pre-training with his fiancée Kate, also employed by Howlett, is concerned if conditions don’t improve.

“I ride Two Big Fari slow work for Todd, he’s a gelding with so much upside we’ll likely travel down together but the track is a concern for mine - if it stays on the worst side of heavy,” Ben explained.

“I really want to bring him down for that fantastic prizemoney, but because he’s had serious leg issues, we’ve had to be so careful not to risk him in the worst possible going.

“I’m hoping in the next few days for no worse than a soft six.”

After successive bowed tendons, Alot to Hoffa was a giveaway crock and had almost two years off the track before Ben performed a near racing miracle to win two races. And then finish an unlucky second to Greenspan in a Royal Randwick episode three weeks ago.

“The way we were travelling if we get the split, I think we win but the winner had the momentum and we had to balance up again.

"But look, I’ll be stoked to run a competitive race again and I’ll be just as happy if Todd wins. It’s about support, he’s been great to Kate and I.”

Meanwhile, when Two Big Fari missed the run at Warwick Farm, Howlett’s alternative was a Newcastle Class 2 where he was unlucky, held up on the inside and a creditable second to the Freedman’s promising On the White Turf.

On Saturday, Mr Wong heads the betting with Two Big Fari just as well fancied before the showdown was called off.