The Northern Rivers horses have their shot at Grafton on Thursday at earning one of two places in the $500,000 Newhaven Park Country Championships Final (1400m) at Royal Randwick on April 4.

Here's nothing but quotes from the trainers of every runner in the $150,000 Country Championships Qualifier (1420m).

1. Exclusive (trainer Stephen Bennett): “We’ve had a few hiccups with the weather but we’ve done as much as we can do. He’s a game sort of fellow and it was a good run on the day (first-up), the track was a bit leader biased. The 1400m is his distance, he’s had three goes at Grafton and won the three of them. The barrier doesn’t matter, he’s got to be worse than midfield and then have him running on at the end of it.”

2. Gracie Belle (trainer Matthew Dunn): “She should have probably won at Saturday level last start and that’s the measuring stick. She won at her first start for me and probably shouldn’t have won and she should have won second-up so I think she is the best of mine. Her soft track form is okay.’’ 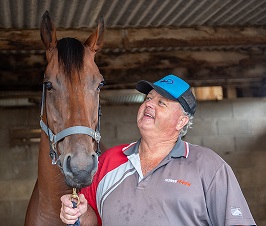 3. Plonka (trainer Warren Gavenlock): “The switch has played in our favour I think, the extra couple of days has helped him a little. It’s been harder for myself and the owner, the horse has coped okay but we’ve been chewing the fingernails. I didn’t think it was that bad a run (second-up) for a horse stepping up to open company on a heavy track. I believe there will be a bit of pace in the race, we’ll be thereabouts in the top four in the run. I think he’s a lot better horse than his last run and this is his semi-final.”

5. Rippa Eagle (trainer Dwayne Schmidt): “He didn’t go that great first-up but he hadn’t had a run for a long time so I just put that down as a barrier trial because he went in with no jump out and no trial. The 1400m is short of his best but we’ve added blinkers to sharpen him up and his work has been sensational. He might be a better type of horse on the outside of them and it wouldn’t surprise if he featured in the finish.”

6. Northern Knight (trainer Brett Bellamy): “Touch wood I’ve had nothing go wrong, I’ve had runs when I’ve wanted them so I’ve been happy with where he is in the scheme of things. (Last start) the tempo of the race didn’t suit him, he drew bad and they jumped out and crawled and sprinted home and he was only beaten three lengths. I’m happy enough with it and he had a good blow, he’s had all the work he needed after that.”

7. Our Echo (trainer Matthew Dunn): “Our Echo was racing against Group and Listed company last preparation and his first-up run was strong in a really good race. He was good to win second-up and he’s a horse going the right way.”

8. Lose The Snip (trainer Joanne Hardy): "Barrier three should be perfect, because he's a front-running horse who can keep going. He won't have to do any work to get across from there so what we'll probably do is jump positive, see where he lands and go from there. If nothing takes him on he can certainly either go to the front or be thereabouts somewhere. If the fence is not the place to be on the day, he can always take a sit. He has come from behind to win as well as racing on the pace and winning. It's a very ordinary start if you're coming from a wide gate over 1400m at Grafton, it puts us into the race even more from our gate." 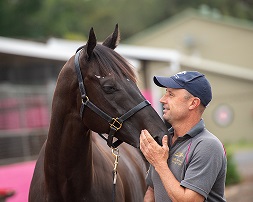 9. Galway (trainer Brett Dodson): “He’s come through how I was hoping, he had a nice trial and didn’t do much in the trial. He’d be too dour if I gave him a start, I didn’t want a heavy track to be honest, and we’ll give him a throw at the stumps. Hopefully they will put plenty of speed on and it will give him a chance to run on.”

11. Countess De Galvez (trainer Stephen Lee): “She had a run the other day over 1100m, she got kicked behind the barriers and got back a long way but found the line very strong. She’ll either lead or sit outside the lead, she’ll definitely go forward. She can run a strong mile so she will flow forward and if they want to pressure us she will keep going. She’s better than a $21 chance that’s for sure.”

13. One For Betty (trainer Matthew Dunn): “We’ve had to stall her prep a little bit because after her last start we said we could go to the paddock or come here. She’s done well, she trialled well here a couple of weeks ago and it’s just whether you can hold them together that long.”

15. Sleepy Heart (trainer Matthew Dunn): "She was really good first-up and then her subsequent runs have been a bit plain and I’m not sure why that is. Her biggest problem is she’s not much good on wet tracks so that’s going to come against her."

16. Dreaming Of Biscay (trainer Matthew Dunn): "She’s racing consistently well. We chucked her into a good race a couple of starts ago and she raced okay. She’s not that far away from them, she’s a midweek Brisbane class horse."

18. Alternative Facts (trainer Warren Gavenlock): “The drier the track the better. When we begun this preparation I couldn’t separate my two horses. She’ll settle back and make the one long run at them. (Last start) she carried 61.5kg, the track went from a four the previous race to probably a nine in her race. She skirted wide and wasn’t knocked about and I rate her some sort of chance.”

20E. Northern Wilderose (trainer Paul Smith): “I’m very happy with her, she’ll put herself into the race in a forward position. She’s gone through a soft and she handles it, she’s very tough and honest and will be in it for a long way. I though the 1400m will suit her better than last time, she didn’t like being restrained at Port. The winner was too good over the 1200m for sure but we were taking ground off the second horse. She’s one of those mares who just likes to roll along.”

All the fields, form and replays for Thursday's Grafton meeting featuring the NRRA Qualifier