Nothing but quotes from the trainers of every runner in the $150,000 CDRA Country Championships Qualifier (1400m) at Mudgee on Sunday.

1. Ori On Fire (Cameron Crockett): “He covered a lot of ground at Orange and was very soft, I think he will find the line well. He may race handy but I don’t think he needs the shorter trips any more. I think he will enjoy being back on the big track and I think he will be spot on for Sunday.’’ 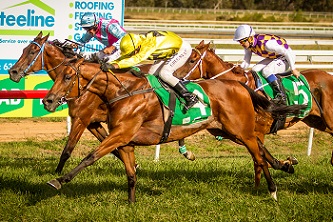 3. I Am Capitan (Dean Mirfin): “He’s had a perfect preparation, it’s gone to script and he’s bright and well. He’s well weighted and he beat Ori On Fire fair and square the other day. I was very lucky to get Andrew Gibbons on this horse then the horse won at Orange and I think he has made the right decision to come out.”

4. I Am Magnificent (Dean Mirfin): “His run the other day was as good as I Am Capitan, he’s a horse I’ve always had a high opinion of and he seems to be coming right at the right time for me. I’m not sure if barrier one is a great thing but he has the best in the business on his back and he’ll know how to handle him.’’

5. Barbass (Cameron Crockett): “If he can return to 80 per cent of what he was as a two-year-old he’ll win this race. He had super form then everything went pear shaped. I’ve been really happy with him and I couldn’t fault his preparation so far.’’

7. Andy’s A Star (Cameron Crockett): “I’m not worried about the barrier. I spoke to Mathew Cahill and I said if we got a wide barrier it plays into our hands. We need to switch him off and the only run he’s switched off and found the line was at Mudgee. On ability he is as good as anything I have in the race.’’

8. Alcatran (Dean Mirfin): “He’s done particularly well since the race the other day. He’ll acquit himself well, he’s a nice horse and it might be a bit soon for him to be winning a race like this but strange things can happen - I won this race last year with a 100/1 shot.’’

10. Caprera (Cameron Crockett): “To have him run as good as he did at Rosehill and get him into the field is pretty exciting. I think he could be anything, I think he is well above your average country horse. Going to the 1400m, his one win before I got him was by three lengths over 1400m, I reckon he is placed ideally.’’

11. Worldly Pleasure (Dean Mirfin): “Nobody seems to be speaking about her, she’s as good a type as you’ll see. We freshened her up for this race and she trialled very well the other day. She’s a winner, she’s won four races this preparation and horses that are winners find a way to do it.’’ 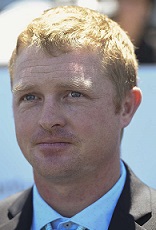 12. Sonic Girl (Danny Parsons): “It took her a couple of runs to come up but she won at Cowra and it was a nice run last start at Dubbo in open company. She’s always shown me she’s looking for 1400m. She’ll be in the mix.’’

13. Meraki Miss (Cameron Crockett): “She’s been super consistent and right from the start I told the owners she’s a 1400m-mile horse. I think she is right in this race, the only concern is whether she over races at the 1400m being a bit fresh. She will try her heart out.’’

14. Soul Secrets (Cameron Crockett): “She keeps getting big weights, she’s a little filly with a big finish and I just think if there’s a bit of speed with a light weight I wouldn’t put it past her to see her finish strong. You could look at it as a throw at the stumps but it’s at home so she can have a crack.’’

15. Blue Collar Boy (Greg Hook): “His last run was good but the track was a bit soft, we realised he just can’t handle it wet. You’re always a chance, you never know what will happen on the day.’’

All the fields, form and replays for Sunday's Country Championships meeting at Mudgee