Horse racing has long been of benefit to local communities going through tough times and the Shoalhaven City Turf Club is getting behind the Rural Fire Service as it hosts its first Country Championships Qualifier at Nowra on Sunday week.

“It’s been well documented what’s happened around here in the last few months and we’re using the day to recognise it,’’ Weekes said.

“We’ve given plenty of complimentary tickets to the RFS volunteers, their main depot is our next door neighbour almost. A few of them I’ve spoken to are keen to attend and let their hair down after a couple of months of hard yakka. 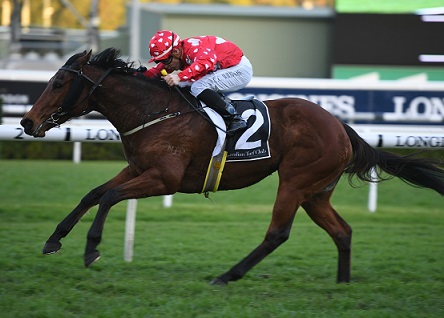 “There’s a feel of no vibrancy in the place at the moment so hopefully people use the day as an excuse to forget the stresses of the last couple of months.’’

The bushfire threat isn’t quite over yet and the lingering effects from smoke have impacted a number of race meetings in the area this year with Nowra losing a January 12 fixture to poor air quality.

The $150,000 South East Country Championships Qualifier (1400m) has been held at Goulburn each year since inception in 2015 so for Nowra to win the right in 2020 is something of coup for the club.

The region produced last year’s $500,000 Newhaven Park Country Championships Final winner in Queanbeyan-trained Noble Boy so all eyes will be on the Qualifier on February 16 where the current favourite for the Final, Canberra mare Notation, is expected to line up.

“It was a surprise but a pleasant surprise to be allocated to Nowra to host it,’’ Weekes said.

“Every club is keen to have the race, that’s the whole point of the Championships. It’s reached the stage where clubs covet having the race at their venue.

“To get it is a real boom for the club and the whole region.’’

First and second in the Nowra race earn the right to contest the Final at Royal Randwick on April 4.

Entry to Nowra Racecourse will be just $10 and Weekes said by donating the gate takings it’s way everyone can acknowledge the efforts of the volunteers and to “do our small bit towards fundraising’’.