Racing returns to the picturesque Scone Race Club on Wednesday with local trainer Rodney Northam fielding a strong book of runners on his home surface.

Northam starts the day with Aubrey Skies in the Coolmore F&M Class 1 Handicap over 1100m and the four-year-old Dreamscape mare has already posted a win and a placing over the same track and distance. 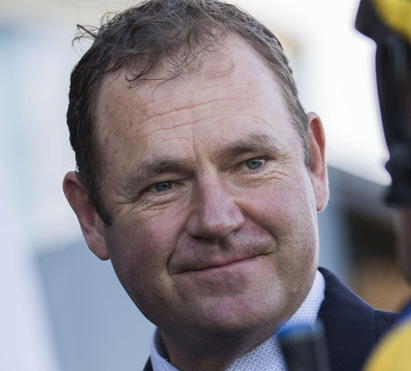 Trainer Rod Northam has a strong team engaged at Scone on Wednesday.

She gets the services of Irish apprentice Tom Sherry who will provide some weight relief with his 3kg claim.

“She was a bit disappointing first up at Port Macquarie,” Northam said.

“In saying that, all of her best runs have been at Scone so maybe she just didn’t travel last time and we can find some form again back on the home surface.”

Mother’s Day will look to go one better in the Horsepower 3YO Handicap over 1100m following a promising second here on debut on October 25. The three-year-old Stratum filly was well found at her first start being backed in from $5.50 to $3.60 and was only beaten half a length on the line.

“She was really good first up but was a bit green and that probably cost her the race,” Northam said.

“It’s a bit tougher assignment on Tuesday but she’s taken a lot of benefit from that first run.”

Perhaps the best-named horse on the eight race card is Spilt, a Choisir gelding out of the Encosta De Lago mare MyCup Runneth Over.

The three-year-old won the 2YO Inglis Challenge here on Scone Cup day back on May 10 and will strip fitter after resuming from a 21 week spell at Muswellbrook on October 7.

“He was a bit disappointing last time out but the track at Muswellbrook was really firm and he may have jarred up a bit,” Northam said.

“His work since has been very good, and hopefully we can see him running through the line.”

Northam rounds out the day with two runners in the Racing HQ On Sky F&M Benchmark 58 Handicap over 1300m.

He lines up Philadora, who also gets the 3kg claim from Sherry, and the consistent Mo’s Glory who has only finished out of the top four once in her five start career.

“Philadora is another that has struggled on hard surfaces the past two runs,” Northam said.

“But we get back to Scone and there should be a bit more give in the track.

“Mo’s Glory is such a model of consistency and always tries hard. We might need a bit of luck from the gate, but we expect to run really well if she can get a nice run in transit.”

With some nice field sizes and over $170,000 in prize money on offer it is sure to be a competitive days racing.