But you could forgive Tamworth trainer Cody Morgan for having some leaning toward the ironically named Unbiased ahead of Sunday’s $150,000 HNWRA Country Championships Qualifier (1400m). 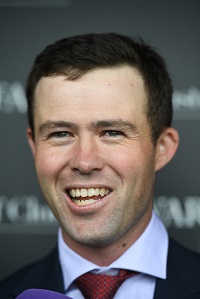 The six-year-old is owned by his parents Glen and Mary and they have waited nine months to give Unbiased one final shot at the Championships.

“Normally, once he’d had his 20th start last May, you’d probably give it a miss but they want to get back down there,’’ Morgan said.

“They had a horse make the final a couple of years ago (Pelerin) and it was very unfortunate he died so they wanted to have a shot at it.

“I think they have a live chance this year to make the final.’’

Unbiased, who ran third in last year’s Hunter & North West Qualifier at Scone, will be one of four Morgan runners in the Tamworth feature on Sunday with the very promising Moobi and front-runners Mr Pumblechook and Anchois.

The 33-year-old has had to time Unbiased’s campaign to perfection because under the conditions a horse can’t have more than 20 starts, and no more than five wins, to be eligible so Morgan has prepared the gelding with four barrier trials.

“We’ve trialled him right up and his trials have been good,’’ he said.

“His second trial was really sharp then after that I’ve backed off and made sure his trials have been quiet.

Mitchell Bell has been booked to ride Unbiased and he and Morgan have an association dating back many years to when both were young apprentice jockeys.

"We had our first race ride in the same race many years ago. He’s a much better jockey than me but I won the race and he can’t take that off me,’’ he said.

Moobi is a horse Morgan believes has untapped talent and he’s another that has needed careful management to be fresh enough for the 1400m on Sunday.

Also a six-year-old but with just eight starts under his belt, Moobi was put on ice for the Country Championships after he completed a hat-trick winning a 1600m Highway at Warwick Farm in December.

“He’s a really hard horse to train, he’s very lightly framed and has a mind of his own,’’ he said.

“You’ve got to work him enough so he’s not over the top but at the same time don’t do too much so he holds his condition.

“A bit like Noble Boy, you probably wouldn’t want to see him draw one. If he draws out he definitely has the X-Factor about him, he’s a pretty good horse on his day.

“I don’t think he knows how to lose just yet and while he’s like that he’s dangerous.’’

Morgan said barrier draws and track pattern will be vital to the chances of his quartet.

Only two horses qualify for the $500,000 Newhaven Park Country Championships Final at Royal Randwick on April 6 and he seems to have his bases covered when it comes to how the track might play.

He said while Anchois is some risk at 1400m both he and Mr Pumblechook would be hard to catch if it’s an advantage to be in or near the lead while Moobi and Unbiased would prefer a fair track or a run-on bias.

Those are things he can’t control, what Morgan can control are his horses and on that front he’s quietly confident – as much as you can be after the series results so far – he couldn’t have a better team.

“I couldn’t be happier with all of them, it looks like being a strong heat so that holds you back from being too confident.

“Even though I have four in it, and you want them all to do really well, I don’t feel there’s one that’s a long way ahead of another.’’