Morgan Adamant Kosciuszko Trio Will Take Winners On A Ride

Tamworth trainer Cody Morgan's hopes of reaching the peak in the $1.3 million The Kosciuszko tripled when winning slot-holders spread far and wide over NSW charged in for his horses and he's adamant they'll all get a great run for their money.

Ligulate being picked by a slot owner was expected, but Ice In Vancouver and Anethole getting a run was a bit of a surprise to some. Not to Morgan though.

"I feel very comfortable taking each of them to the race," Morgan said.

"If someone rang about a horse in a race like that and I thought they wouldn't be competitive, I'd say so.

"Ligulate's obviously the best known of the three, but on their trackwork and the times they've run, I've got little between the three of them.

"I think Ice In Vancouver and Anethole are going to surprise a few people. They've all got plenty of ability and will run well."

Ron Fielding, the slot owner who bought a winning ticket at Goulburn Workers' Club, said he enlisted the help of an expert friend for advice on which horse to go after.

"I've got a mate who knows what he's talking about and he suggested Ligulate," Fielding said.

"I was tickled pink to get him. It's unreal. It'll be a great day when I go up to Sydney with my son for the race.

"I've got a lot of old footballer mates who bought about $500 worth of tickets, but I missed out on going in with them when it was done. So one day when I was at the workers' club I had $20 left over and thought I'd buy four tickets on my own.

"Now my mates are all going crook on me! It's all a bit of fun though."

Garry Penfold, the co-organiser with Michelle Harvey of the Heritage Hotel Motel syndicate at Dorrigo that also won a slot and picked Ice In Vancouver, has now been in a slot-winning syndicate from that venue for three years straight.

"First year there were eight of us and we ran second with Suncraze," Penfold said. 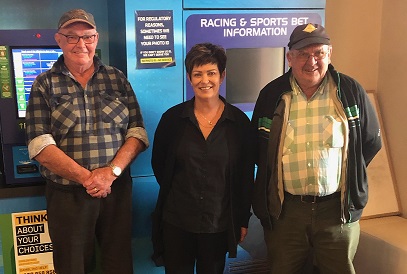 "Then the make-up of the syndicate changed a bit last year when we had 13 people involved and ran with Suncraze again.

"I guess you call us the 'Lucky 13'. We're a good bunch of people who love horse-racing. We race a few horses together."

Penfold said the syndicate did their homework on Ice In Vancouver, a three-year-old gelding with clear wins at each of its only two starts.

"We could've gone after other horses, but we liked this one," he said.

"We were looking for horses that were fresh on the scene and on the up and he fits that category perfectly.

"We rang Cody Morgan to see what he wanted to do with him and we liked what he had to say. Good trainer, Cody, very smart." 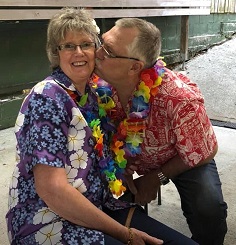 Patrick Jones, from the Newcastle suburb of Warabrook, said he was still getting used to the news he'd won a slot in the race. He'll be represented by Anethole.

"I own a little piece of a horse that was a running at Kempsey on Monday - Unearthed," he said.

"It was a long odds-on favourite and I wasn't going to back it at those odds. It missed the start anyway and finished well back.

"I'd always intended buying a few tickets for The Kosciuszko and hadn't got around to it, but I noticed it was the last day they were on sale and after my horse lost I thought, 'Yep, I'm gonna buy five tickets for $25'.

"I said to my wife, 'I might have a chance in this, I might have better luck than my horse', and that's what happened.

"I thought someone was having a laugh when I got a call from Scott Kennedy at Racing NSW about winning a slot, but it was no joke."