Promising apprentice jockey Samantha Clenton knew she was on a good thing once Greenspan finished brilliantly under her riding to win a TAB Highway Handicap at Randwick on February 1 - so her aim simply had to be to get on him again next time. 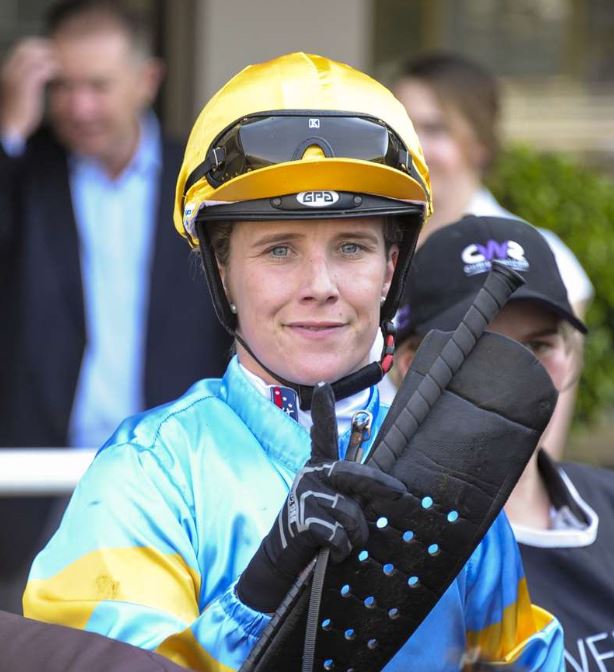 Particularly when the Goulburn-trained Greenspan's next run was set to be in the SERA Country Championships Qualifier over 1400m at Nowra this Sunday.

Clenton got lucky heading in the days leading up to that Randwick race when she was called upon to replace an injured Billy Owen on Greenspan and then she made her own luck when she impressed the connections with the way she handled the horse.

"The owners were happy and jumping around and we were having a drink after the race," Bateman said.

"Samantha's manager, Craig Rixon, rang me and said 'Sammy's showing interest in riding him if he goes to the Championships'. I was fine with that. I asked the owners and they said 'if she wants to come and ride him at Nowra, the ride's hers'.''

Clenton's no dummy. She knows when a horse is heading in the right direction and was delighted to get the Country Championships ride.

"Of course I put my hand up to ride if it was available, especially with the way he won," she said.

"By the time Mr Bateman came to get the colours back off me he told me I'd been booked to ride it in the qualifier.

"I picked that ride up at Randwick because Billy unfortunately got hurt, but that's how racing is. That's how it happens sometimes."

Both Bateman and Clenton agree the SERA qualifier is a very tough one, but they also couldn't be more upbeat about Greenspan's chances of advancing from that to the $500,000 Newhaven Park Country Championships final at Randwick on April 4 by finishing in the first two placings.

"It's always a strong field in this area," Bateman said. "But Greenspan is going to be right up to his ears in it.

"He's racing really, really well. His win the other day was probably his best win. He had to do plenty of work, but he still won with a bit of authority.

"Samantha said when he topped the rise it was just a matter of how far he was going to win by."

Greenspan wins at Randwick on February 1

Clenton said the way Greenspan finished off that 1500m race was a great sign for the 1400m of the qualifier and, hopefully, the final.

"If he gets to the final at Randwick it's that bit tougher, it's a real strong 1400m, but he'll relish it," she said.

"I think the overall Country Championships winner is going to come out of the Nowra heat or the Tamworth heat. It's a ridiculously strong heat that Greenspan's in, but I definitely think he's going to be in the firing line."

Greenspan jumps from barrier 11 and Bateman has a three-pronged attack on Sunday's race with Kathy O'Hara to ride Common Purpose from barrier three and Jeff Penza on Show Me The Honey from barrier 10.

All the fields, form and replays for Sunday's Country Championships meeting at Nowra