Trainer Ross Stitt lines up with three-year-old gelding Casirina, having its first start since September 11 at Tuncurry, whereas Bob Milligan has four-year-old mare Stormy Pluck trying to win after being runner-up at its past three starts at Taree, Coffs Harbour and Port Macquarie.

Stitt has called on his old mate of many sensational wins, rising 63-year-old jockey Robert Thompson, to ride his grey Casino Prince gelding whereas Milligan has opted for stable jockey Matthew Bennett to change his luck.

The rail being out 3m for the entire track and the threat of more rain on the good rated (Wednesday) surface could decide the result despite both charges having won only one race each and needing important points towards the rich qualifier, the $500,000 Newhaven Park Final over 1400m at Royal Randwick in early April. 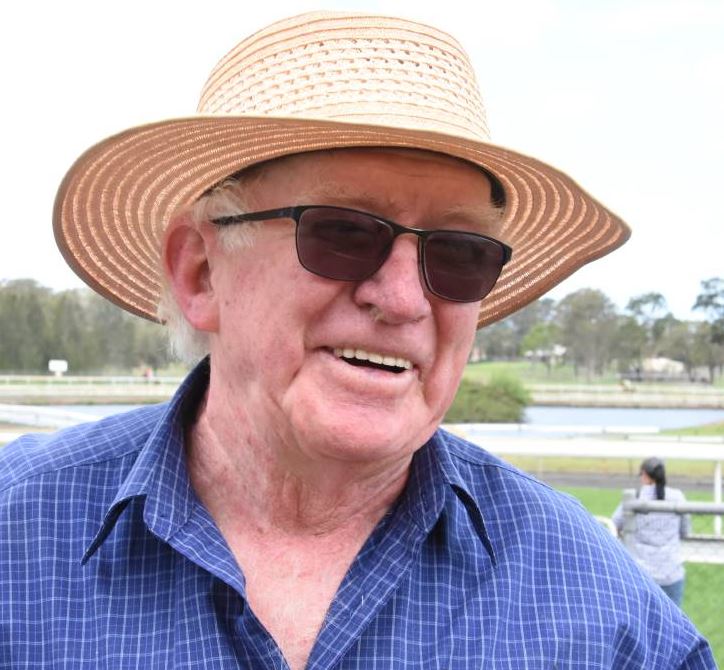 Stormy Pluck has won at the track and over the distance of 1400m of the XXXX Gold Class 1 Handicap whereas Casirina’s win was over 1750m at Muswellbrook on August 2.

Stitt gave his gelding two more starts then spelled him to “let him mature.

“I wanted to keep him fresh for the 1400m (distance of heat and final) and wanted someone to stick with him (Thompson).”

He said Casirina, part-owned by race club chairman Greg Coleman and his wife, had done “a treat” and was ready after two jump outs.

Milligan’s son Glen, also a trainer at Taree, said the three seconds by Stormy Pluck were recorded while trying to get into the qualifying field.

“Dad was trying to get her ratings up. She should be hard to beat so long as she backs up. It would be nice to get her in the field,” he said.

Stitt was more worried: “We have to win on Friday to get in because I don’t want to race him again as I want to keep him fresh.”

Another Taree trainer Ross Dawson was on cloud nine after his Country Championships hope, four-year-old mare Gold Bracelet, won the rich Queen Of The North at Port Macquarie last Friday but she pulled up sore and has gone for a spell.

He will be relying on four-year-old mare Atlantic Lite to provide his hope in the same race.

Mostly gallopers from visiting provincial stables make up the rest of the field and they winning and placing could be curtains for all local hopes.

Glen Milligan could be looking at a win for his only horse, seven-year-old mare Hold All Tickets, in the TAB.Com.Au Benchmark 58 Handicap over 1300m.

“Dad and I haven’t had a win on the same day and I hope we can change that,” he said.

Hold All Tickets, nicknamed my “little ATM machine”, won at Walcha and has had another 10 placings in 16 starts since he took over its training.

“The barrier beat her when second last start at Taree as she was four-wide early. She has been so honest and with the emergencies not running she should get a more favourable barrier.”

Tony Ball, another Taree trainer, is hoping for a good run from resuming five-year-old gelding Senatorial in the same race, it having won first-up over 1600m before, as he eyes possible starts in rich Highway races in Sydney.

All the fields, form and replays for Friday's Taree meeting