It's Me Takes The Daileys On A Magical Ride

It was the first Tuesday of the new racing season and Bob Dailey and his wife Kerrie arrived at Scone to see the horse they had a small share in make her debut.

Expectations weren’t high, they hoped she would run a place and earn some prizemoney, but it’d been a long wait and the just turned four-year-old mare called It’s Me had overcome a few hurdles to make it to the track. 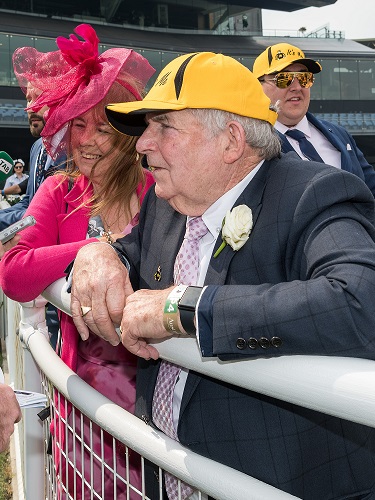 Kerrie and Bob Dailey being interviewed following It's Me's win in The Kosciuszko (Pic: Kontrym).

They let trainer Brett Cavanough know they’d made it in time and Dailey says what happened next now stands out to him as he looks back on that day.

“We arrived as they were coming into the enclosure and Brett was down below, we said hi to let him know we were there,’’ he said.

“He turned around and gave us a smile. We thought ‘Brett doesn’t a smile a whole lot’ so that was positive.

“They let them go and we were thinking she was another horse that’s going to run around with the pack but then she thought ‘I’ve had enough of this and I’m out of here’.

“History shows she won and she did it in a big way. That started us thinking, what have we got here?

“We’ve had horses with Brett before and he understands our love for the game and the money we’ve put in. He said after that race ‘she’s good and you deserve her to be good’. That was a really nice thing to be said.

“It’s funny we talk about history because her first race was the 4th of August and we’re talking in October. In four starts for four wins, what a ride.”

And it’s a ride that Dailey, 72, thought wasn’t possible in his 35 years or so as a thoroughbred owner.

In the space of just over two months It’s Me rose from that Scone maiden to the highest peak in country racing as she stormed to victory in the $1.3m The Kosciuszko on Everest Day at Royal Randwick.

Dailey might only have a five per cent share but thanks to a rare decision to have “a bit of a gamble” he landed a larger stake as a slot winner after purchasing $65 worth of tickets in the Kosciuszko sweep in addition to those the syndicate invested in.

Moments after It’s Me overcame traffic, with a gutsy ride from Jason Collett, and arrived in time Dailey was left speechless.

He says it was partially from the win itself but also due to what he calls “the Kosciuszko journey’’ as one of the 14 slot winners.

“I wanted to be in the contest. I’m not really a punter. We wanted our horse in The Kosciuszko,’’ he said.

“I know now, and I probably knew fairly quickly, that she was always going into be in it because someone would have grabbed her anyway. 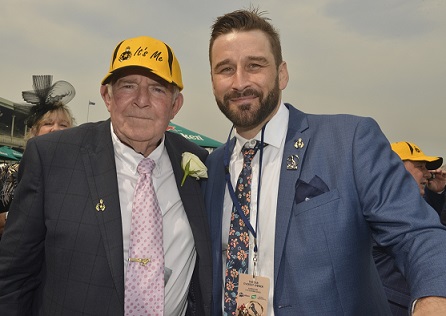 “It made the ride that more special to be an owner and the slot holder and participate in the build up. I wish I was more of a wordsmith but the build up to the Kosciuszko and the Everest is just phenomenal.

“Part of my excitement on the day was that my friends and family were around me, the other owners, the Cavanough team and the wonderful young lady, Rowena, who looks after the horse.

“I received a message from one of my grandsons after the race and it was something like, ‘grandad is this the best horse you’ve ever had?’. And I said ‘yes mate and by a long, long, long, way’.

“I’d like to know who conceived the Kosciuszko, they deserve a medal. I just think it’s one of the best things I’ve ever seen in this industry. It’s just very, very, special.”

Dailey’s journey as an owner means he knows that racing can have ups and downs which is in part why he took a break for a few years not so long ago.

The first horse born on his property, a son of a mare he bought for the ‘astronomical sum’ of $750, was called Kiah’s Claim and he gave the Daileys as much joy as they thought possible.

“What I would say to anyone contemplating having an involvement in the racing industry is you don’t have to spend a lot of money,’’ he said.

“I’ll have to exclude the Kosciuszko, because I’ve never experienced anything like that, but winning a maiden at Scone or any other race the excitement is the same.

“When Brett got involved in buying It’s Me that’s why we went into her because he was going to train. The only thing I regret now is I wish I bought a bigger share.”

The bittersweet post-script to It’s Me’s Kosciuszko win was that she’d re-injured a tendon, the same injury that prevented her from racing at two and three.

“We get a horse and we have great expectations, we think it’s going to be a great horse and they have a couple of runs and it becomes apparent they’re never going to win a race,’’ he said.

It's Me with strapper Rowena Dillon after winning The Kosciuszko (Pic: Kontrym).

“You can find a good horse that you can’t get to the track. Then we find It’s Me then she goes and does a tendon. I was devastated like everyone else.”

That last comment refers to It’s Me’s initial tendon injury, the sentiment around her post-Kosciuszko injury is the same but he knows the horse will receive the best of care.

Hopefully the It’s Me story will continue and she will be back on the track in 2021 because it’s clear she’s only just begun.

Dailey said he’s received an amazing amount of support for It’s Me through social media but it was a story his son Greg told him that brought home what a horse can mean to anyone, regardless of whether you own them or not.

“Where our office is at Lambton, my son knows a chap who owns the local bottle shop and he came up to the office the day before the race. He’d seen the caps we’d produced for It’s Me and wondered if he could get one for a good mate in Victoria,’’ he said.

“His wife had passed away that week and my son wanted to send down a cap to help brighten him up a bit. I wanted to let him know that it’s in the mail, it’s coming.”