Holidaying Queanbeyan trainer Joe Cleary is confident speedy mare Lucy Rose will return to her winning ways at Ballina on Monday, but admits her racing future is definitely on the line when she tackles the Spill The Beans @ Aquis Farm Open Hcp (1000m).

Winner of eight of her 18 starts, Lucy Rose drops back to a far more suitable race on Monday after resuming in Listed company in Brisbane last Saturday, finishing 12th of 13 behind the classy Godolphin three-year-old Plague Stone in the $125,000 Lightning Hcp (1050m). 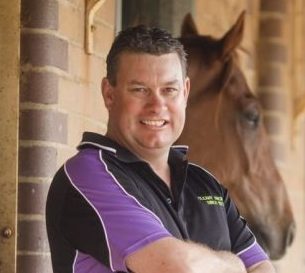 Although that was a strong field, Cleary was still disappointed Lucy Rose didn't produce a little bit more.

The I Am Invincible mare, in fact, hasn't really fired in her past three runs and Cleary said she desperately needs a 'confidence boost' at Ballina on Monday. At the end of her previous campaign she finished last of 16 down the straight at Flemington on November 8 then was last again in a field of seven at Warwick Farm on December 22.

"The jury's out with her at the moment and she certainly needs a confidence-boosting win," said Cleary, who brought Lucy Rose north with him while he holidays in the Gold Coast sunshine for a few weeks.

"There were excuses for that Flemington run, but absolutely no excuse at Warwick Farm and although she ran in a hot race first-up in the Lightning last week I was still expecting a bit more from her.

"She really should be winning this race at Ballina, and if she can't it may be time to send her to the breeding barn.

"I am planning to head to Grafton with her in a few weeks to tackle the James Kirby (on July 11), so she needs to be winning this race at Ballina.

"Her work at the Gold Coast (Friday) morning was terrific. Lester Grace rode her and told me that she won't be getting beaten at Ballina."

Lucy Rose was given the 62.5kg topweight in Monday's race but Cleary has booked 3kg-claiming apprentice Emily Atkinson. Cleary said drawing barrier nine in the 13-horse field was of no concern.

"I think she's pretty well weighted in Monday's race with 59.5kg with Emily's claim," said Cleary. "And the barrier is no problem as she has the speed to just cross and lead."

The mare also goes into Monday's race boasting a terrific second-up record. She has won three of her four previous second-up runs, her one defeat coming at Randwick on The Everest day on October 13 last year.

In one of the best runs of her career, Lucy Rose battled on strongly closer to the fence on a heavy 9 track, only to be collared late by Esperance and Revenire who finished on the better going out wider on the track.

Cleary hasn't had that many runners at Ballina over the years but the track does hold fond memories for him.

He has great memories of one particular meeting there back in May of 2003.

Cleary brought his good mare Ta Ta Tatiana north for the winter and ran her at that Ballina meeting before she headed to Brisbane for the winter carnival.

She was actually beaten as a $2 favourite at Ballina, but a few weeks later won at Eagle Farm and then took out the $101,000 Gai Waterhouse Classic (1350m) at Ipswich. Ta Ta Tatiana returned to Brisbane the following year to land the Listed Dane Ripper Stakes (1300m) at Eagle Farm.

But Cleary also ran Cut For Deal at that same Ballina meeting back in 2003 and managed to pull off a tidy betting plunge.

"You wouldn't believe Ta Ta Tatiana was beaten at Ballina before winning good races in Queensland, but we did pull off a plunge with Cut For Deal, backing him from $8 into around $4.60, so it was still a memorable day.

"You could say Ballina has been a happy hunting ground, and hopefully Lucy Rose can add to that on Monday."

Cleary also hopes Lucy Rose can cap off a successful 48 hours for Queanbeyan visitors with Noble Boy chasing his eighth win from nine starts at Eagle Farm this Saturday. Noble Boy is trained by Todd Blowes, who is also Cleary's right-hand man around his stables.

The Mick O'Neill-trained Gunnaza has a solid record over 1000m with five wins and six placings from his 13 runs over that trip. Gunnaza can bounce back from his last-start unplaced run at Canterbury on May 8.

Three runs back he was beaten just over two lengths when fourth from a wide gate behind Dominant Crown in an Open Hcp (1000m) at Coffs Harbour on March 26 then followed that up with a Benchmark 64 win over 1000m at Newcastle on April 13.

Dominant Crown, trained by Wayne Lawson, has been racing in terrific form around the Northern Rivers, winning two of his past four starts, including a last-start Grafton win on May 17, beating Queen Of Kingston, the subsequent runaway winner of the Beef Week Cup at Casino a week later.

All the fields, form and replays for Monday's meeting at Ballina