Hawkesbury husband and wife training duo Philippe and Tara Vigouroux clinched an outstanding Port Macquarie double on Tuesday with two mares – one of them a 10-year-old. But unfortunately one of them missed seeing their feat live.

“I was at my other job and we were busy,” Tara Vigouroux said last night. “I work at Windsor in the Macquarie electorate office of Federal MP Susan Templeman, and really enjoy it.

“It was such a thrill to find out our two mares had won. 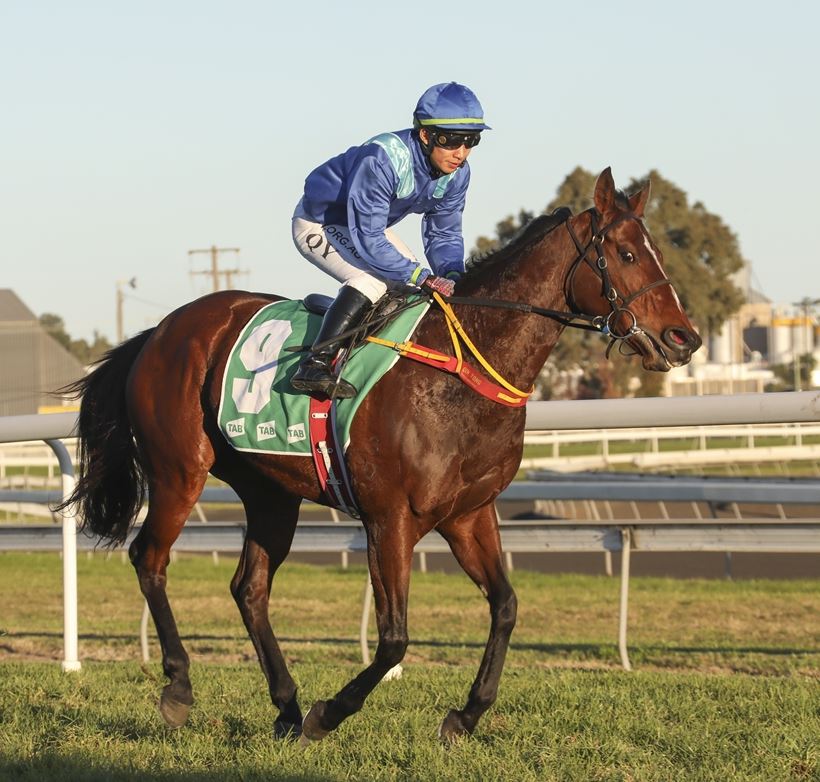 “We were starting to get a bit frustrated because we hadn’t had a winner for a while and a number of placings (eight in fact) since.”

Team Vigouroux prepared 12 winners last season and carried their success over into the beginning of the new season, scoring with Lettre D’Amour at the Forbes Cup meeting on August 3.

That had been their only winner in the first four months of the 2020/21 racing year – until Tuesday.

And what a red-letter day it was for the stable, as their two mares “Susie” and “Kylie” gave them a memorable result.

Susie (aka Lettre D’Amour) enhanced her third-up record and posted the sixth win of her 30-start career, whilst Kylie (aka Enigami) burst into double figures, posting her 10th win (she has also been placed 25 times) at her 84th start.

Newcastle apprentice Dylan Gibbons gave Lettre D’Amour ($9) a perfect run in the Benchmark 66 Handicap (1206m), and the six-year-old daughter of Foreplay was way too strong for leader Henschel ($4) and Mr Piquet ($16).

Ironically, the talented young rider was on the receiving end of Team Vigouroux’s double as $21 chance Enigami (Mikayla Weir) edged past his mount, $1.65 favourite Daltoro, in the closing stages of the Benchmark 58 Handicap (1006m).

Lettre D’Amour until recently was raced by the Casson and Black families, long-standing clients of the Vigouroux stable, and they decided not to continue racing her, permitting the stable to continue training and racing the mare. As for Enigami, she continues to cheat retirement – but that day may finally be just around the corner.

“We call her Kylie (after pop songstress Kylie Minogue) because she is little and cute,” Tara Vigouroux explained. “Enigami has been retired about three times, but wouldn’t accept it as she loves stable life.

“Our goal has been to win 10 races with her, and now she has achieved that, the time probably isn’t too far off when we will definitely call it quits with her.

“Both Lettre D’Amour and Enigami have been wonderful advertisements for our stable, and Enigami is Phil’s favorite and races her with my Dad (former long-serving Hawkesbury Race Club director and chairman Ken Quigley).

“We purchased her early on when her owner pulled the pin, and she has repaid us at least 20 times over.”

Team Vigouroux’s breakthrough double at Port Macquarie was even more special as luck has certainly been against them in recent months. Another good mare the couple trained, the six-times winner At Twilight, lost a Bon Hoffa filly foal, who was born dead.

On a brighter note, At Twilight’s first foal, a three-year-old Zariz filly who will race as At Midnight, is in work at Hawkesbury, with the training partnership keenly awaiting her racing debut.