Prospective winners in The Kosciuszko sweep, and trainer Gayna Williams for that matter, will get at least one chance to assess whether talented gelding I Am A Cool Kid deserves a spot in this year’s $1.3 million country feature. 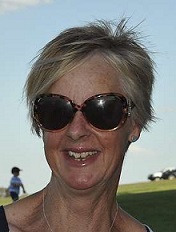 While I Am A Cool Kid sits on the fourth line of betting with TAB at $9 behind Country Championships winners Victorem and Noble Boy and multiple Group 1 placegetter Fell Swoop, Williams needs to be convinced he’s up to it.

The 14 sweep winners are drawn on September 10 and Williams confirmed the soon to be seven-year-old, who has won four of his seven starts, will race before that date and said he will need to pass the audition with flying colours.

“He has to perform a little better than he has done in my opinion,’’ Williams said.

“The last couple of preps have been learning curves for him, he’s got age but he doesn’t have experience. He’ll need better credentials for people who win a ticket to pick him.

“He hasn’t done a lot wrong but he has some pretty stiff opposition so he’ll need to measure up in his first couple of runs back.’’

Williams is taking a realistic approach and she says there’s no point throwing him in against the ‘big guns’ unless she’s sure he can run out a strong 1200m.

I Am A Cool Kid’s three defeats have been second placings and the most high profile of those came at Canterbury in February when he was beaten as a $1.40 chance at The Kosciuszko distance.

“I’ve changed my opinion a little bit about the 1200m, early on I didn’t feel very confident about it and then Handle The Truth beat him over 1200m in town,’’ she said.

“He had tended to over race but if we can get him to settle a little more, I’ve been of the opinion he’ll be a better horse ridden off the speed anyway, I don’t think the 1200m should be a problem.’’

The gelding has been in work at Mudgee for six weeks, no date has yet been set for a trial, and Williams wants him in the right shape to make a statement first-up.

“I can’t push him too hard, we have to look after him a bit but we’ll get him fit and he’ll have a couple of starts. Hopefully he’ll get a spot,’’ she said.

While I Am A Cool Kid is the headline grabber, Williams is hoping El Mo and the lightly raced Healing Hands can put themselves in contention.

El Mo was one of the hard luck stories of the Country Championships, he was one of the favourites for the Mudgee Qualifier but had to be scratched with an eye issue while Healing Hands heads to Randwick this Saturday for the TAB Highway (1100m).

Leading country rider Greg Ryan has committed to ride Healing Hands, who has won two of his three starts, on Saturday.

“We were keen for Greg to have first refusal and he accepted the ride,’’ she said.