The vibe around Goulburn is as upbeat as a spring day of late with Tash Burleigh (Al Mah Ha Ha) and Kurt Goldman (Intuition) having secured Kosciuszko spots in recent weeks.

On the back of that the locals were given a strong push going into the most recent tablelands (25/9) meeting and punters who copped the tip weren't disappointed.

Despite the usual strong visitor presence local trainers bagged three winning cheques including a double to Danny Williams (Petaluma & My Blue Jeans) and another from the canny knack of Danielle Seib (Mr Kylin).

Burleigh didn't have a runner at the last Goulburn meeting but will be looking to keep the blue in the baton for the locals on Tuesday with her mare pair of Shanaya and Fantasy Belle. 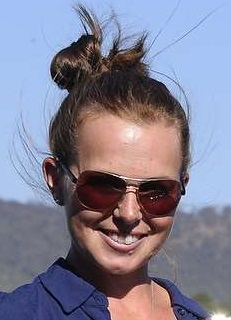 Both gallopers contest the short course scurry on the Goulburn card, The Purple Heart Defibrillators B58 Hcp over 1000m.

Burleigh has both charges stepping out at very different stages of their campaigns but sees positives for both.

"Fantasy Belle has drawn well for her first start back this prep. She's looking a little like a thelwell pony at the minute, but over the 1000m should run along well. If rain comes she will appreciate the sting out of the ground," Burleigh said.

"Shanaya is back down in grade after a gallant run in a Class 3 highway a bit over two weeks ago. She has drawn very wide but it looks a fairly even race on paper, so with a bit of luck from the barrier she will run a nice race."

The race provides the locals with a real throw at the stumps with over half the field made up of locally trained gallopers.

As well as Burleigh's duo, Azoustic resumes for John Bateman atop the weights, the lightly raced Private Agent (Kurt Goldman) sees race daylight for the first time since May, whilst Sarah Murray-Leslie (Denim Street) and Scotty Collings (Rozburg) both have horses engaged who are improving into their campaigns.

Burleigh also gave a thumbs-up for Al Mah Haha as he heads towards the Kosciuszko in a fortnight's time.

"Big Al is in the race and fighting fit! He's in great shape and ticking along nicely for the big dance in a little under two weeks."

The locals aren't without hope of a winning bookend to the shortened Goulburn card either.

Jean Dubois has the promising Diorissima engaged in the opener whilst tablelands tutelage throws up a trio of sneaky chances in the last.

Collings has Ameares coming off a close up finish at Wagga last start, Sue Laughton has brought Vee Eight back to the races in good shape (runner up last Goulburn meeting) and Danielle Seib has the much-improved Mr Kylin chasing back to back wins on his home track.

This will be the club's final race meeting before this year's Goulburn Cup on Sunday 1st November.

Goulburn's Tuesday program kicks off at 2.25pm with the track currently rated a Good 4.

All the fields, form and replays for Tuesday's Goulburn meeting