Former Godolphin gelding Animalia is set to take another step towards rich autumn goals when he attempts to complete a sought after feature double at Moruya on Monday.

Animalia will be aiming to complete the Moruya Cup-Narooma Cup double and in the process keep intact an unbeaten record for his new ownership. 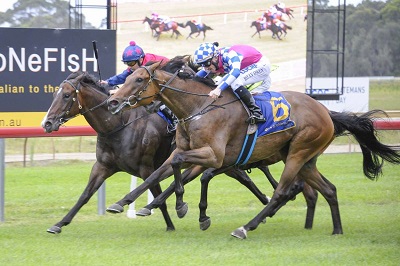 Clients of leading Canberra trainer Matt Dale purchased Animalia at a tried horse sale late last year for $50,000 and have already recouped $33,500 of their outlay after the gelding won his first two starts for the stable.

Animalia, after recording two wins and five placings in 14 starts for Godolphin, debuted for Dale with a first-up win over 1300m in a BM70 over 1300m at Canberra on December 16.

He then jumped into open company to record a thrilling win in the Moruya Cup (1425m) on January 7, giving Dale his first success in the first leg of the rich summer double at the south coast track.

However, Animalia is the first to win the Moruya Cup before the Narooma Cup after the Moruya Jockey Club flipped the order and distances of the two races this year, making the Narooma Cup (1660m) the longer second leg of the double.

Dale is also seeking his first win in the Narooma Cup and has retained in-form Canberra rider Billy Owen to continue his association with the gelding after the comeback jockey rode the gelding in his first two wins for the stable.

Animalia rises from carrying 55.5kg in the Moruya Cup to 58.5kg in the Narooma Cup but Dale is confident the four-year-old will cope with both the increased handicap and rise in distance.

“There is no doubt Animalia is looking for the distance and he had no trouble carrying 60kg when he won first-up for the stable,” Dale said.

Dale said Animalia was bought with the aim of developing him into a Cups horse and has his sights on the Canberra, Albury and Wagga Cups – all 2000m races – for the gelding in coming months.

“He’s probably going to be at his best over 2000 metres,” Dale said. “The Canberra and Albury Cups look good races for him in March and from there he could be set for the Wagga Cup in May.” 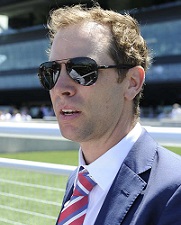 The Narooma Cup will give Dale a good guide to Animalia’s prospects for those races as his rivals include Green Sweet, the French import who won the Albury Cup in 2017 when trained by Jean Dubois.

Now prepared by leading Goulburn trainer Danny Williams, Green Sweet has not won in 17 starts since his Albury Cup success but there were positive signs that he is close to breaking the drought when he finished an unlucky fourth carrying 59.5kg over 1500m at Randwick last Saturday.

He is another certain to appreciate the extra distance of the Narooma Cup but faces the challenge of setting a weight carrying record under 62.5kg.

Williams has engaged strong senior jockey Mitchell Bell to ride Green Sweet, resisting the temptation to engage a claiming apprentice for the topweight.

Dale and Williams both have satellite stables at Moruya where their horses enjoy facilities they believe are among the best in country NSW.

Dale revealed he has plans to enlarge his stables at Moruya and make it his main training base over the next two years.

Moruya Jockey Club will present a gala day of holiday entertainment for all the family with highlights including the racing action on the new infield screen, Fashions on the Field, kids rides and games and the popular Punters Club conducted by Chris Scholtz from Racing and Sports.

Punters Club members will be hoping for another big win after Scholtz turned a starting pool of $4000 into a $16,000 result on Moruya Cup day.

Check out the fields, replays and form for Moruya's meeting on Monday.