The portents and conditions are as positive as it gets at lucrative odds for Coffs Harbour trainer Paul Smith and his powerful dual winner Lolly Dolly ($11 into $10 on TAB) into a TAB 1100m Highway at Royal Randwick on Saturday.

Smith is good mates with Port Macquarie original, Andrew Adkins, who won on $151 bolter Notabadharada at the Kensington Track with his only ride on Wednesday, and he rides Lolly Dolly, a proven heavy tracker with a luxury weight of 55kg at headquarters in likely similar going.

On Paul’s rare trips to town, he qualified for the Country Championships Finals in 2015 with Kareem’s Edge and in 2018 with Ferniehirst, and at the regionals, he’s flying with an 18% plus winning strike rate. 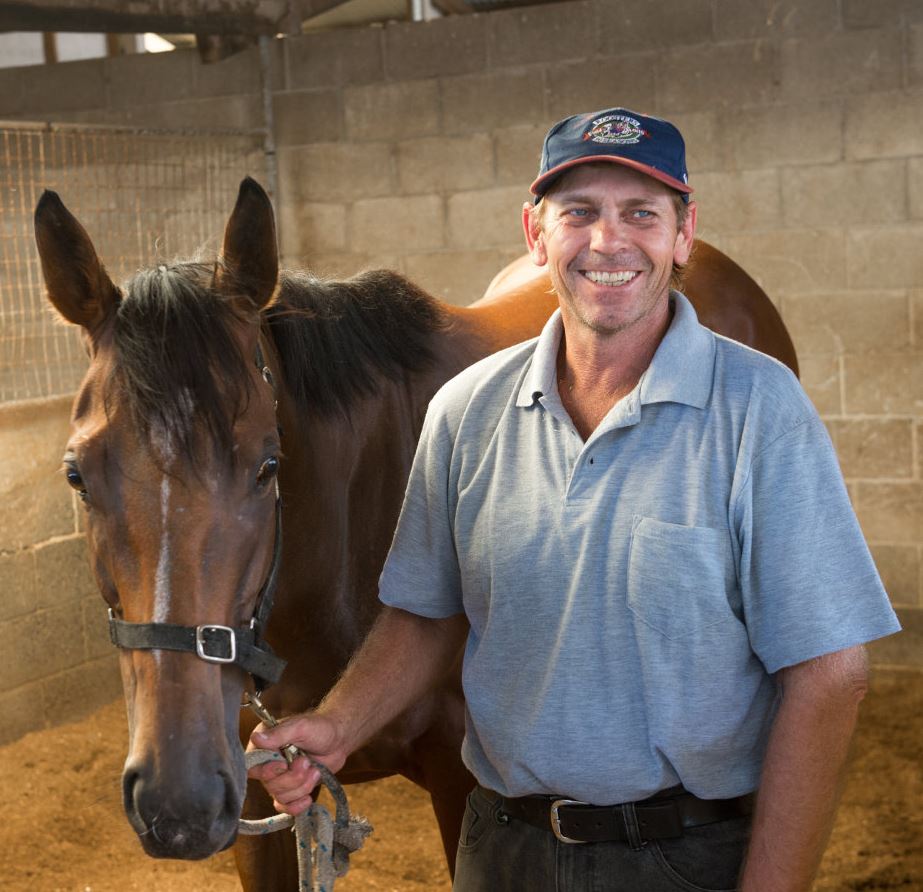 “I’ve known Andrew since he was a kid and its a real credit to him the success he’s had in a tough school down there - hope his lucks holds and we’ve got him on a mare that’s found another gear this prep,“ Paul enthused.

“These races are always hard to win, but we’re coming because she drops five kilos from a really strong win with 60kg.

"And first-up it was an even bigger win on a heavy eight; four and five-deep, and just kept coming. She’s just so tough and genuine. That’s why we gave her a little freshen to recover.”

Lolly Dolly, a lightly raced five-year-old Warhead mare, overwhelmed lesser rivals over 1012m and 1200m at Coffs Harbour with 57kg and 60kg and she has the enviable record of three wins and two placings from just seven race starts.

“I did have her nommed up here again but the way she won and the prizemoney for these races is just so good while they’re eligible.

“Look, this mare wants 1200m or even further, but if the track on Saturday is still playing fairly heavy that 1100m will as tough as 1200m on the big track.

“It’ll suit us and from the good gate and Andrew hopefully will have her better than midfield. And there’s always a strong tempo in these Highways.”

Paul explained why Lolly Dolly is so lightly raced at five years of age: “She’s got some old leg lacerations, I’d say she might have had a paddock accident and had a fair time off but also could have been a late maturer.

“Her owners are from Barraba, I came from there training originally, so I’ve maintained that association.” Paul will travel with Lolly Dolly from 'Coffs' on Friday and stay overnight at Ken Lantry’s Hunter Valley stables.

In early markets, Lolly Dolly is value at $10 behind the widely drawn $3.40 favourite, Keen Power (barrier 15) and ‘J-Mac’ from the prolific series-winning stable of Matthew Dunn.

At present, Royal Randwick is rated a heavy 8 surface.