A couple of Queanbeyan mates will be travelling together before opposing one another in Saturday's $75,000 TAB Highway (1000m) on a superlative Group racing day at Royal Randwick.

The duo comprises of a veteran one-horse hobby trainer with greyhound and pacing heritage, as well as a swim coach, and his intensely loyal former pupil. 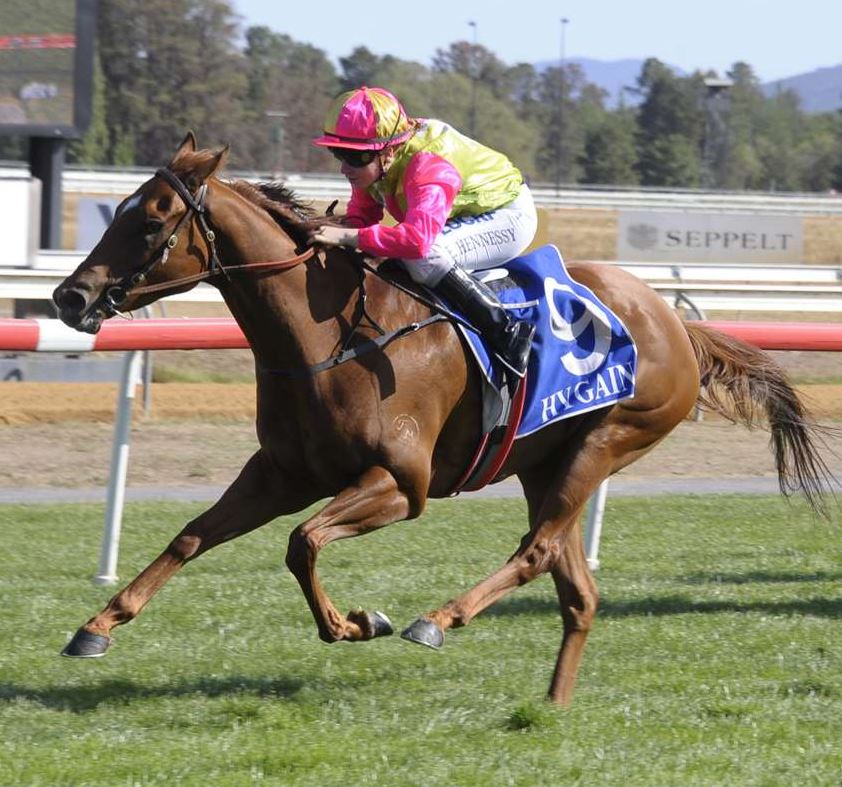 The families of Fabian Azzopardi (73yo) of Maltese heritage and Joe Cleary have been friends for decades in Queanbeyan.

Both families lived in the same street and their kids played together.

Firstly came swimming lessons for their throng of toddlers, then the footy coaching, and finally the far different education of how to survive at training and punting on the old merciless thoroughbred and greyhound circuits, where the families’ inside info was lethal when battling trainers had to punt to survive.

Fabian, with the flying Look Only ($16 on TAB fixed odds) in the TAB Highway with 54kg (less 3kg for Brock Ryan), taught Saturday’s driving companion and local premiership trainer Joe Cleary and his siblings how to stay afloat.

That’s at swimming, of course. That was before the hard-line education on how to keep their heads above water on racetracks.

Fabian reckons Joe, with the Gerry Harvey-owned and bred Glamour Cat ($6), and the massive influence of James McDonald, is the galloper to beat in the TAB $75K Class 2, 1000m flyer.

Fabian and his father Charlie trained any amount of winners at Wentworth Park, the old Harold Park and at the regionals.

Fabian, a retired former local council worker and hobby trainer, has only ever had one horse in work. Fabian is the essence of what the Highway series was meant to be for the country racing fraternity.

Look Only, who has certainly looked highly promising winning by wide margins in fast time at Queanbeyan and Canberra, is an exceptional bargain buy at just “ten grand” (of $10,000) for Fabian.

By Knight Exemplar from Look and Feel, the striking chestnut filly is a sister to the Longmire’s Feel the Knight, a Highway winner and a Country Championships contender.

“Ol’ Fabian’s a champion - gentleman; our families are close, he taught all the kids to swim,” Joe explained. “They trained some outstanding dogs and pacers, landed plunges and Fabian can train a horse, don’t worry.”

Fabian was working for the council when his mate, Joe’s dad Frank, famously won the 1999 Golden Slipper and Black Opal double with Catbird and later the Magic Millions with Clan O’Sullivan.

After the Golden Slipper, the celebrations were long and loud and the wallets overflowing at Queanbeyan. And it extended to a former NRL Origin and premiership coach who was given weeks start by wily old Frank on the Slipper and collected a small fortune at massive odds.

“Best times ever, we’ve stayed close - we’ll travel together, we booked Brock Ryan for Fabian the same time we locked in J-Mac,” Joe enthused. “I’m coming up thinking I’ll be hard to beat. But if his filly wins that’s just lovely. She goes pretty good too and they’ve got no weight.

“The best he’s ever had I’d reckon. But ask Fabian. Tell him I said to ring. I don’t think he’s done a media interview but he’ll be sweet, loves his racing!”

Over to Fabian: “I haven’t raced in Sydney for thirty years, but I’ve got a filly with nice ability, so I'm hopeful. And I’ve got a big weight pull on Joe.

“But Joe was a larrikin, lived just up the road, I had to watch him close around my daughters,” Fabian chuckled. “But he was a good kid Joe. All our kids were knockabouts and mates. And the Cleary’s could always train a horse and tip a winner, I’ll tell you.”

Frank educated young Joe as expertly as Bart Cummings with his son and grandson: “We won a lot of money when Frank was winning big races and my dad Charlie won city races with a top-class dog in Young Bimbo and my uncle with the pacers, winning the Miracle Mile.

“But Joe’s mare will be hard to beat. I saw her win down here - then she only got beat a lip at Canterbury on a Friday night. City benchmark form is always the strongest for these Highways and they’ve got the right jockey.”

But Fabian has reason to be hopeful at $16 with just 51kg after the claim and dominant winning form.

“She led easily to win her maiden and ran time but then she got right back and ran into backsides at Canberra,” Fabian explained. “That’s why the win was so good. I didn’t think with the speed she’s got she’d be back as far at ‘1000m’. I’d just about given up.

"But when she got clear she got right over the top of them and still had something in the tank. When they’re in that sort of form and with improvement, it’s the right time to bring them to town. I bought her at the right price, now her brother is winning decent races.”

Both Fabian and Joe are in high anticipation of being trackside for the sheer quality and theatre at headquarters. And the Queanbeyan race rivalry will be as friendly as it gets.