Cheer Squad To Barrack For Trainer's $26 Chance In Highway

Amidst a devoted fifth racing decade, veteran Taree trainer and rider Cecilia Reid represent the pure essence of the TAB Highway series and emotions will be running high with her first-ever city starter, Classy Fella at Rosehill Gardens on Saturday.

“In the early 1970s I was a little girl, riding in female jockey races before Pam O’Neill pioneered the way through all the opposition to us riding against men,” Cecilia explained, with a small team in view of the Manning River.

“I was only 35kg then, same as I ride work now - under the weight scale, I was just too tiny to get rides. 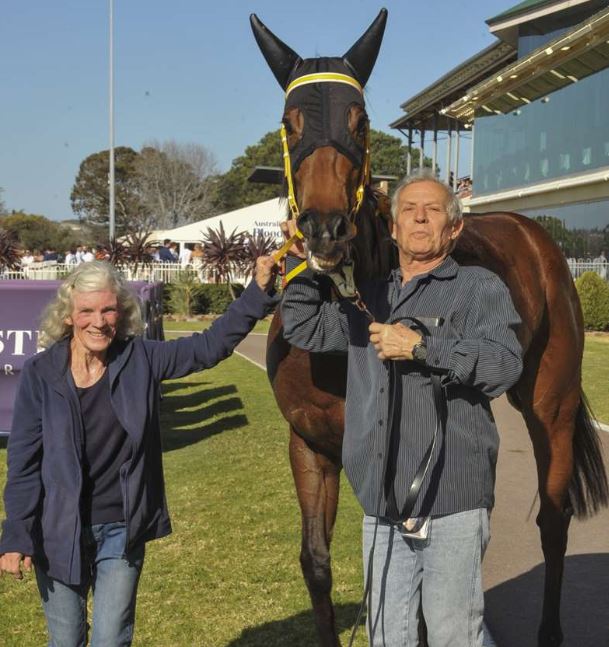 "And it was just so hard with no opportunities against the men and the way trainers regarded us.

“Pam eventually changed it all, the first woman to get a licence.

“But I loved the horses and the people. So I took out a training licence around 40 years ago.”

Cecilia might be outsider’s odds on Saturday with Classy Fella in the TAB $75,000, 1500m Class 2, with 55kg for Adam Hyeronimus, but her circumstances will inspire some sort of cheer squad.

The motivation of the series has been to give battling country trainers and their owners the opportunity of career-changing prizemoney. And exposure on the big stage.

Cecilia, who has trained just the solitary winner his season and last, represents all of that on another booming Group racing day at “The Gardens”.

Cecilia lives in hope that knows no boundaries and retains life-long racing mates.

“I got this horse to train off the Cowells at Gosford when Fred Cowell passed away last year.

"Fred’s wife Irene was in poor health, couldn’t train anymore, so she sent me this horse.

“I rode races and worked for the Cowells at Gosford forty years ago. Irene’s health is improving since she took a bad turn at Taree races.

"I think she’ll be watching the race on Saturday. I really hope so, that would be lovely.

“This gelding goes alright, he’s up in grade into a Class 2, but he won a Newcastle maiden really well. He’s come on and he’s been strong at 1400m and 1600m.

"I’ve won two races at Newcastle over the years. The top Sydney stables race there now so it’s a lot harder to win there than years ago.

“So I thought it’s worth a try in town for that sort of prizemoney.

“I’ve only ever had a couple in work, never really had the right horse to bring to town.

“I don’t know the city, so it helps me coming down with the Stitts from Taree. They’ve got a runner in the race (But I Know).

Classy Fella carries 55kg for an in-form Hyeronimus from barrier nine in a capacity field.

The lightly-raced Nicconi five-year-old gelding is $26 in one of the widest betting Highway markets since the series inception.

At $6, the Dryden’s Gunga Din heads the early quotes ahead of $7.50 for Barbara Joseph’s Moss the Boss, $9 for the Rodney Northam’s Harbouring and the Wilkes-trained Storm Attack is at $8.50.