Zaunkonig, winner of the Ray White Emms Mooney Bathurst Cup last year, if able to win the Cup again next Monday will join a select group of five gallopers to have twice won the race.

Leading all the way, Zaunkonig (Brendan Ward, $5.50) won the Cup last September by 4 lengths from Magic Over The Bay (Robbie Dolan, $5.50) and Colonial Reign (Grant Buckley, $101) when trained at Rosehill by Richard and Michael Freedman. 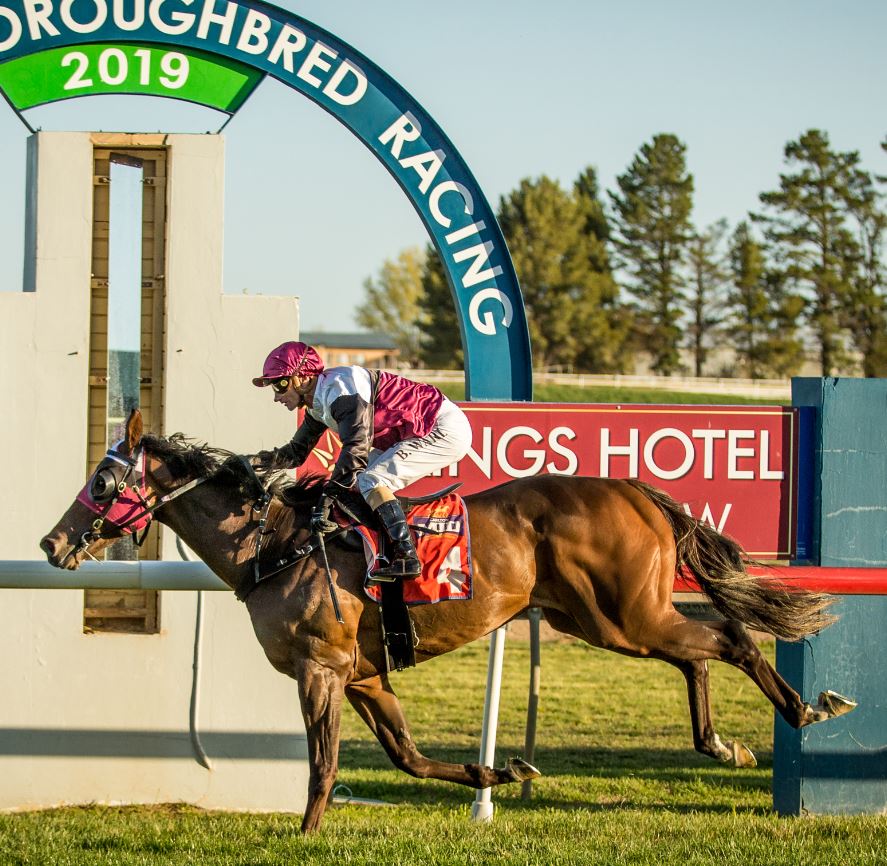 Over the past 60 years, just five horses have twice won the Cup: Grecian Lustre, Greg’s King, Sam Gleam, Canterdown and Prince Of Justice.

Trained by Len Walsh who had a butcher shop at Kandos, Grecian Lustre was ridden by R. Mudsen and Reg Paine respectively when winning the 1961 and 1962 Bathurst Cups and Cowra jockey Reg Paine was back again in 1967 and 1968 to win the Cup on Greg’s King trained by Doug Hook at Glen Alice.

Sam Gleam, winner of the Cup in 1969 and 1972, was ridden respectively by Reg Williams and Billy Prain.

Ken Lawson was the trainer when Canterdown ridden by Clint Lundholm won the 2006 Bathurst Cup, however, Clint’s grandfather the legendary John Lundholm from Coonamble trained Canterdown to win the 2009 Cup with Dubbo jockey Kacie Chater in the saddle.

The most remarkable of the dual Cup winners was Prince Of Justice as there was a 6-year gap between the wins! Trained at Orange by Reg Priest and ridden by Wayne Weate, Prince Of Justice won the 1993 Cup but was later retired due to injuries and spent several years in a paddock.

Put back in work by Sydney trainer Sharyn Peters, Prince Of Justice was ridden to victory in the 1999 Bathurst Cup by Hugh Bowman. The most successful jockey has been Cowra-based Mathew Cahill with wins aboard On Deck (1996), Wide And Blue (2000), Cardiff Prince (2015) and Murraguldrie (2017).

Ecrates, the winner of 14 races, was owned by Hartley Williams the father of renowned racing statistician Gowan Williams who passed away recently. Gowan Williams for several decades supplied a myriad of information for racebooks, race clubs and the media and with his wife Jeanette published the Aimer Racing Weekly.

Nominations for Bathurst close at 11am on Tuesday September 22. Final Acceptors for Bathurst including the Cup and the Ray White Emms Mooney $80,000 Panorama Sprint will be declared at 9am on Thursday.

As COVID-19 protocols will be followed by Bathurst Thoroughbred Racing, attendance numbers will be limited for Cup day and entry is by ticket only.