Today's Goulburn race meeting is the last of the 2018/19 season and with the trainers' premiership still on the line, it will be either Danny Williams or Bjorn Baker telling us why they do like Mondays.

All of the premierships for the tablelands track have been keenly contested this year, reflecting the real mix of country, provincial and city stables that have supported the club throughout 2018/19.

In the training ranks, the ever-present Danny Williams heads into the last race of the season with Bjorn Baker breathing down his neck. 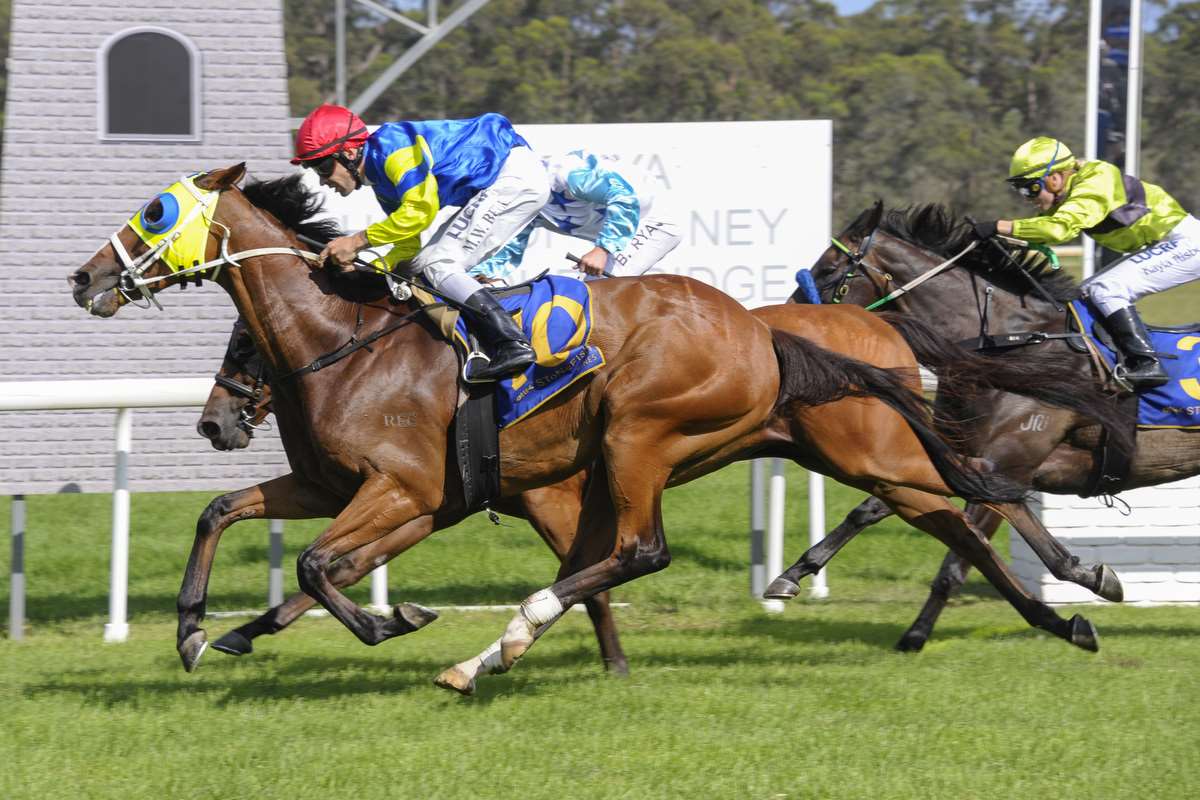 Multiple title winner, Williams, holds a six-point advantage over Baker and will be pinning his hopes of a final season result on Biodynamic ($10 on TAB fixed odds) in Race 5, the JCF Contracting Benchmark 58 Handicap over 1600m.

The gelding drops back in trip after battling on fairly last start over a staying trip in very tough conditions. Williams's only other acceptor is Arrondissement ($21) in the final race.

The stable has a spring in its step after picking off yet another Highway Handicap recently with My Blue Jeans and getting Acquittal into the placings at Moruya last week.

Bjorn Baker's stable is having a genuine lash at making it a grandstand finish though with the stable sending two genuine hopes down the Hume.

Canasta ($8.50) has been trialling sharply of late and tackles a competitive field in Race 4, the Best Western Plus Goulburn Maiden Handicap over 1200m.

Baker also has his two-year-old filly and last start Mudgee winner, Just Jessie ($5.50), getting in light in the last race on the card, the wide-open Southern Highlands Rural Services Benchmark 58 Handicap over 1300m.

Goulburn Race Club's CEO, Robyn Fife, said it always adds interest to the last meeting of the year when there is a premiership or two on the line.

"The club would love to see Danny continue his great streak but having some added pressure late in the season from a stable like Bjorn's certainly helps generate interest in our last meeting of the season," Ms Fife said.

The Horse Of The Year title has been sewn up by the progressive Spectre. The two-time Goulburn mile winner is trained by the Robert & Luke Price team who are regular visitors to Goulburn.

Jay Ford has found the tablelands a happy hunting ground this season, the hoop heads into the ultimate meeting of the season with an unassailable lead in the jockeys’ title. Ford has six solid rides in the diary for Monday, including Just Jessie for Bjorn Baker in the last on the program.

The king of the kids in the apprentices’ title will be Billy Owen whose comeback to riding this season has been a real success for the likeable Canberra-based jockey.

Ms Fife also says the club is looking forward to building on the momentum established this past season and embracing the changes that are part of the new one.

"It has been great to see Goulburn trainers continue to do well both at home and away this season in such a competitive industry. In particular, a final well done to Tash Burleigh for her quinella in the Country Championships on home soil.

"There's lots to look forward to in the 2019/20 season for Goulburn with a change of cup date later this year (3rd November) and new prizemoney opportunities for country racing such as the Country Magic series.

"On behalf of our board and staff we would like to genuinely thank all those trainers and owners who have supported us through racing during the 2018/19 season."

Goulburn will use its race meeting on 12th August to pay tribute to its premiership winners for the 2018/19 season.

Goulburn's first race today kicks off at 12.35pm with the track currently a Good 4 and fine weather forecast.