He’s a modern cowboy with a zest for life and thirst for adrenaline - to Michael Johnston comfort is being on the back of an animal going very fast.

The ‘cowboy life’ he lives has nothing to do with John Wayne and duels at high noon and his Wellington base is a long way from the old west but US-born Johnston is developing a reputation for being quite the horseman. 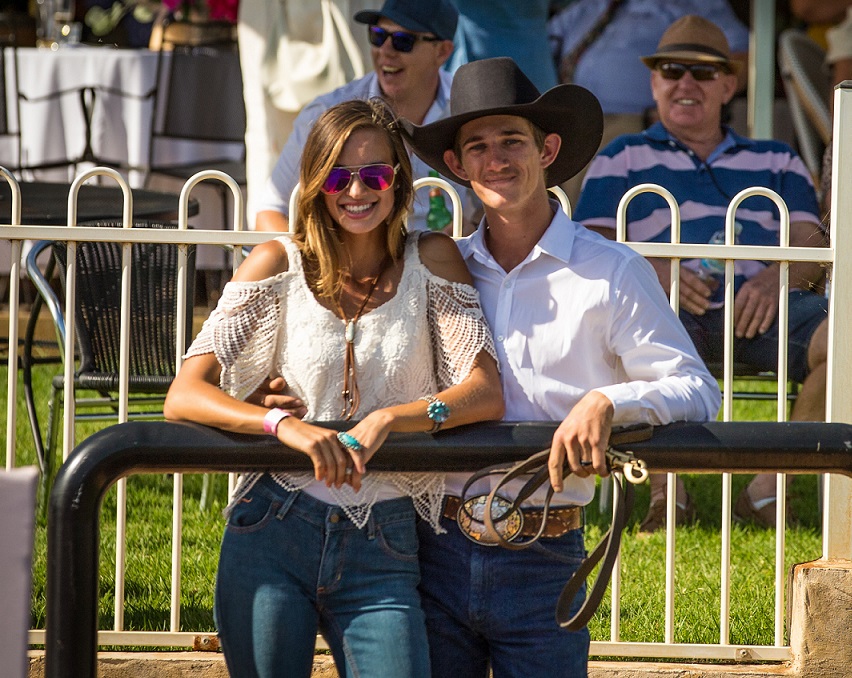 Often seen in his trademark jeans with a large belt buckle and wearing a distinctive cowboy hat he goes about his business breaking-in horses, riding in picnic races and competing on the rodeo circuit.

It would be a little unfair to simply describe him as interesting but he certainly is unique and, at just 21, Johnston has life sorted out.

At a time when most people his age don’t have a clear path he’s been married to the love of his life, Elise, since March 2020 and is building towards a potential career as a racehorse trainer if the lure of the US rodeo scene doesn’t get him first.

“I’m not much of a talker. I’ve always grown up around horses, dad was breaking in horses. I’ve always had a cowboy life really,’’ Johnston said.

“I know I got married young but Elise is the right woman. She’s been around horses her whole life too.”

He may not be a big talker but he clearly has quite a story to tell.

Johnston was born in Fort Worth in Texas and his parents would regularly travel between America and Australia so he did a lot of growing up in the Dubbo area.

“I want to go to America and have a good crack at rodeo over there in the future.

“Right now I’m flat out all the time, I don’t stop. I’ll ride about 15 trackwork in the morning, then I go home and ride 10 breakers in the afternoon. Every weekend I’ve either got rodeos or races.”

So far he’s making a good fist of mixing rodeo and racing – he won his first major race on Nevada Sunrise in the Condobolin Picnic Cup in February and on one weekend in April he won an open bull ride and ‘top 8 shootout’ at the Moree rodeo then a day later rode a double at the Tomingley picnics.

His path into the horse racing industry took a turn in 2019, he was working in Tamworth breaking in horses when his parents moved to Wellington and he decided to follow them there.

Aside from looking to find breaking in work, and riding rodeos on weekends, Johnston would ride some trackwork at Wellington racecourse and it was suggested to him that he should try being a jockey.

“(Wellington trainer) Michael Mulholland got me going when I started off my breaking business,’’ he said. 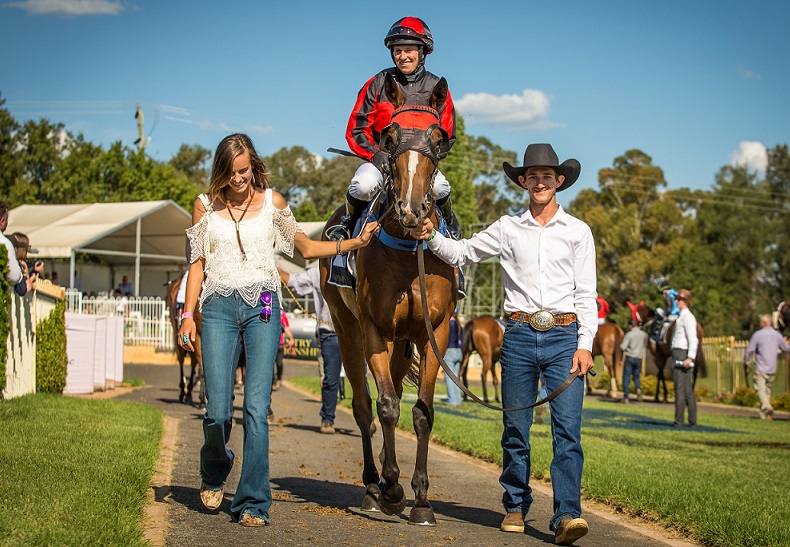 “I had my first couple for him and he was happy with the job and I guess he told a few people about me so I’m just kicking off now really.

“I was doing trackwork and a few people at Wellington mentioned why not try to be a picnic jockey so I signed up for it.”

That’s where a horse called Not Negotiating would soon come into the story.

Johnston, still relatively new in the Central West as far as racing was concerned, was struggling to get enough trial rides to qualify for a picnic jockey license.

One day in August last year he was working at Narromine races, legging jockeys up and helping out at the barriers, because things were slow in his horse breaking business and the mare caught his eye.

She ran eighth of nine that day but Johnston saw something in her and made an offer.

“The fellow that owned Not Negotiating was working on the barriers as well,’’ he said.

“I was looking at her and I thought she tried really hard but wasn’t quite doing it. He said he paid $600 for her so I said ‘I’ll give you $600 for her’ and I picked her up a couple of days later.

“I was doing trials trying to get my licence and I thought she would be a good horse to get me through. I didn’t know many people in racing except around the Wellington track so I wasn’t getting many trial rides and that’s why it took so long.

“I had to put her with a trainer so I gave her to Peter Stanley and after her first trial he said she was good enough to go to TAB meetings.”

As it happened Johnston only rode Not Negotiating in that one trial and at her eighth start, and after three wins for Wellington based Peter Stanley, the mare found herself in the Country Championships Qualifier at Mudgee where she ran a gallant fifth to the Mulholland-trained Old Harbour.

“She’s gone a long way and she hasn’t run a bad race yet, I think we were lucky to get Not Negotiating,’’ he said. 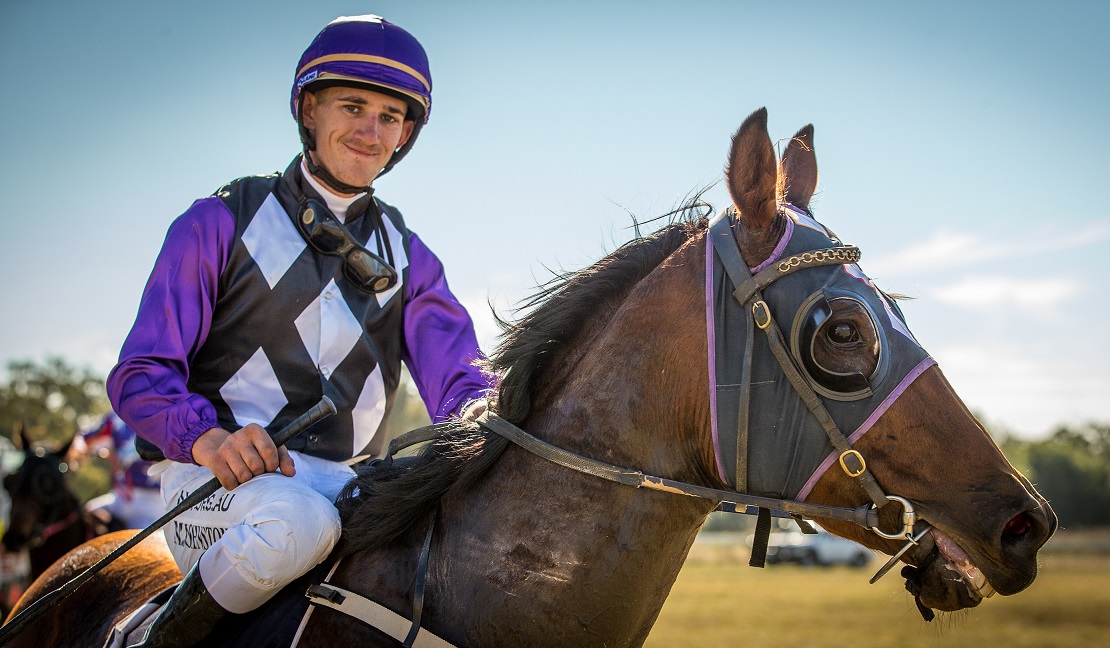 Once Johnston secured his picnic license it took him just five rides to boot home his first winner, a horse called Magic Gift for Peter Stanley, at the Wellington picnics in January.

He was rapt to make that breakthrough on his home track and with the picnic racing season in full swing in New South Wales there’s a good chance he could ride at his first TAB meeting come October’s $50,000 Picnic Champion Series Final at Coonamble.

“It was all a bit of blur but now it’s starting to get really fun,’’ he said.

“I’m pretty happy with how it’s all going. I’m happy going to the picnic races on the weekends and the rodeos when I can fit them in.

“I’m real competitive and I love to win. I’d love to go professional but I’m just too tall and I love McDonald’s too much.”

Given how quickly Johnston has managed to insert himself in the racing industry in the Central and Western areas you have to wonder how long before he turns to training.

On that front he’s not in a particular rush, but he’s already found some good mentors in the likes of Stanley and Mulholland.

“It’s probably not easy to get a trainer’s license but I think in a couple of years I’ll get it, once I get to know the industry better,’’ he said.