Mikayla Weir In The Box Seat For Rising Star Series 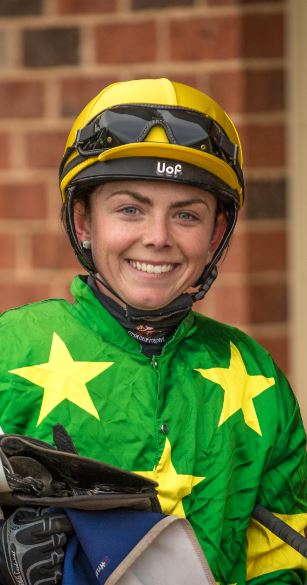 Gibbons became the first apprentice to notch a treble of Rising Star wins for the current Series after piloting odds-on favourite Fleet Air Arm ($1.75) to victory for trainer Kris Lees.

The three-year-old remains unbeaten after sitting outside the leader Chico (Casey Waddell, $19) then sprinting away to a two-length win.

Chico held on for second in front of the fast-finishing Deepwood Vale (Reece Jones, $3.60).

Gibbons, boasting 29 points, has climbed to within seven points of Series leader Mikayla Weir on 36 points.

Gibbons needs to win the Final (run at Canterbury Park on Friday 26th February) to get the maximum seven points to draw level with Weir and having won more heats, would seize the Series on countback.

However, Weir only required a ride in the Final to get the minimum one point which puts her out of reach of Gibbons.

Brock Ryan had taken out the previous Rising Star Series heat at Wagga when successful on the favourite Nicci's Song ($2.50) for trainer Graeme Murray, defeating Patrick Scorse on Big Day Out ($4.40) and Madison Waters (Polyxena, $26).