Coffs Harbour trainer Warren Gavenlock was a disappointed man 12 months ago when Ambitious Prince went down in a photo-finish in the Lismore Cup, but believes the six-year-old is going well enough to go one better in this year's edition of the race on Thursday.

Ambitious Prince gets his second crack at the $75,000 Lismore Workers Club Lismore Cup (2110m) after going down as the $4.20 equal favourite in a bob-of-the-head battle with Toowoomba galloper Kuttamurra Al ($8.50) 12 months ago. 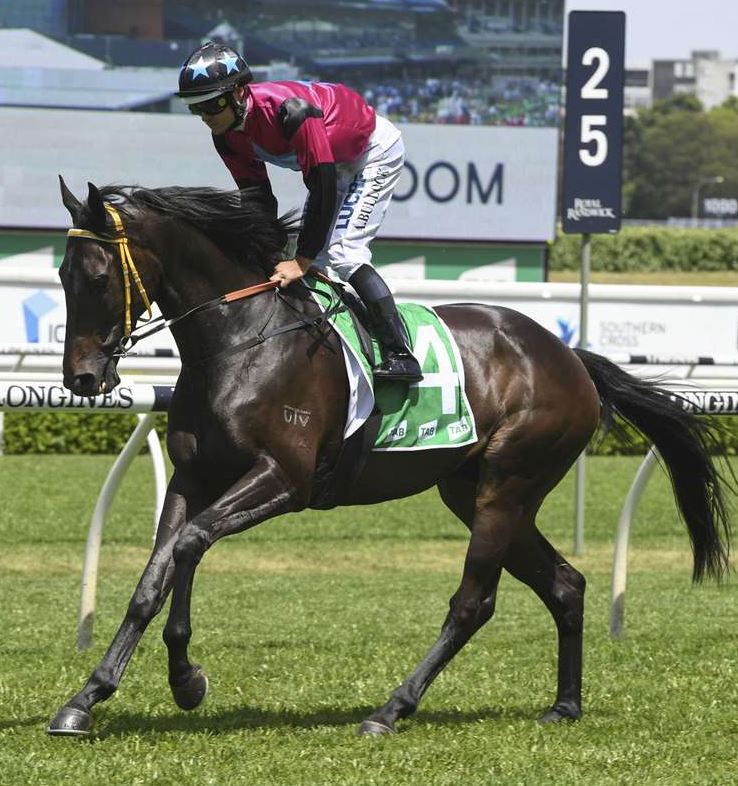 "From where we were sitting last year we thought he'd won, so it was very disappointing when the photo went the other way," said Gavenlock.

"He goes into this year's Lismore Cup with very similar lead-up form to last year and hopefully he can go one better."

Last year, Ambitious Prince went into the Lismore Cup following a Taree win over 2000m and a 3.85-length fourth to Lady Evelyn in the Tuncurry Cup (2100m).

This year he heads to Lismore off the back of a Grafton win over 2230m on August 17 and an 8.3-length third behind runaway winner Tavion Prince in the Tuncurry Cup (2100m) on September 11.

Although Ambitious Prince has a bit of ground to make up on Tavion Prince from the Tuncurry Cup result, Gavenlock is counting on a firmer track on Thursday to even things up. Trained at Tamworth by Craig Martin, Tavion Prince's best recent form has been on heavy and soft ground.

Formerly a $425,000 yearling, Tavion Prince was bought by Martin for just $14,000 on an online sale back in February. The Tavistock five-year-old won his first race for Martin three runs back when he won a Rosehill TAB Highway (1800m) on a heavy8, before his last-start Tuncurry Cup win on a soft 7.

"All credit to Tavion Prince at Tuncurry - he was far too good for us that day in a very fast-run race," said Gavenstock. "But I'm hoping the likelihood of a much firmer track on Thursday - which may not suit Tavion Prince as much; makes it more a level playing field."

Ambitious Prince has only won four times from his 34 starts so far, but has been a very consistent performer since joining Gavenlock's stable two years ago after starting his career with the Bjorn Baker stable in Sydney. He has won three races and been placed eight times from his 26 starts for Gavenlock.

"He had a real attitude problems when we first got him, but once we sorted that out he's been pretty consistent, especially once we got him up in distances around 2000m," he said.

Gavenlock is chasing his first Lismore Cup win on Thursday, but veteran jockey Stephen Traecey, who partners Ambitious Prince, won the race way back in 1998 aboard the Greg Howells-trained O'So Handy. "Stephen's now 63, but is still riding as well as ever," said the trainer.

There were 11 acceptors for the Lismore Cup, headed by the Kris Lees-trained pair Top Prospect, topweight with 63.5kg, and Articus (62kg). Top Prospect, coming off solid recent Brisbane form, looks the one to beat with the benefit of Dylan Gibbons' 3kg allowance.

Top Prospect is coming off a last-start narrow defeat behind Humbolt Current over 2020m at Doomben on September 13. Warren Gavenlock expects a couple of his other runners at Lismore on Thursday to also run well.

"Writeoff won very well at Coffs Harbour last time and goes to Thursday's Class 1 where she's drawn ideally in barrier two," said Gavenlock. "And I wouldn't discount the chances of Just Cosmos either. She's down in weight after the 2kg claim (for Emily Atkinson), will go forward and can run another big race."

Gavenlock hopes for some good fortune over the next few days as he also has this year's Country Championships placegetter Plonka set to run in a Benchmark 88 (1400m) at Rosehill this Saturday. Gavenlock had hoped Plonka would get a berth in next month's $1.3m The Kosciuszko (1200m) at Randwick but that now seems unlikely.

"We did get calls from a couple of slot holders but we couldn't come to an agreement and I think there's now only one slot left," he said. "But he's going really well and I expect him to run well on Saturday down in weight to the 51kg."

Stephen Bennett's five-year-old has been in outstanding form this campaign, winning the Casino Beef Week Cup (May 29), the John Carlton Cup at Grafton (July 8) and, at his latest outing, the Murwillumbah Cup on August 28.